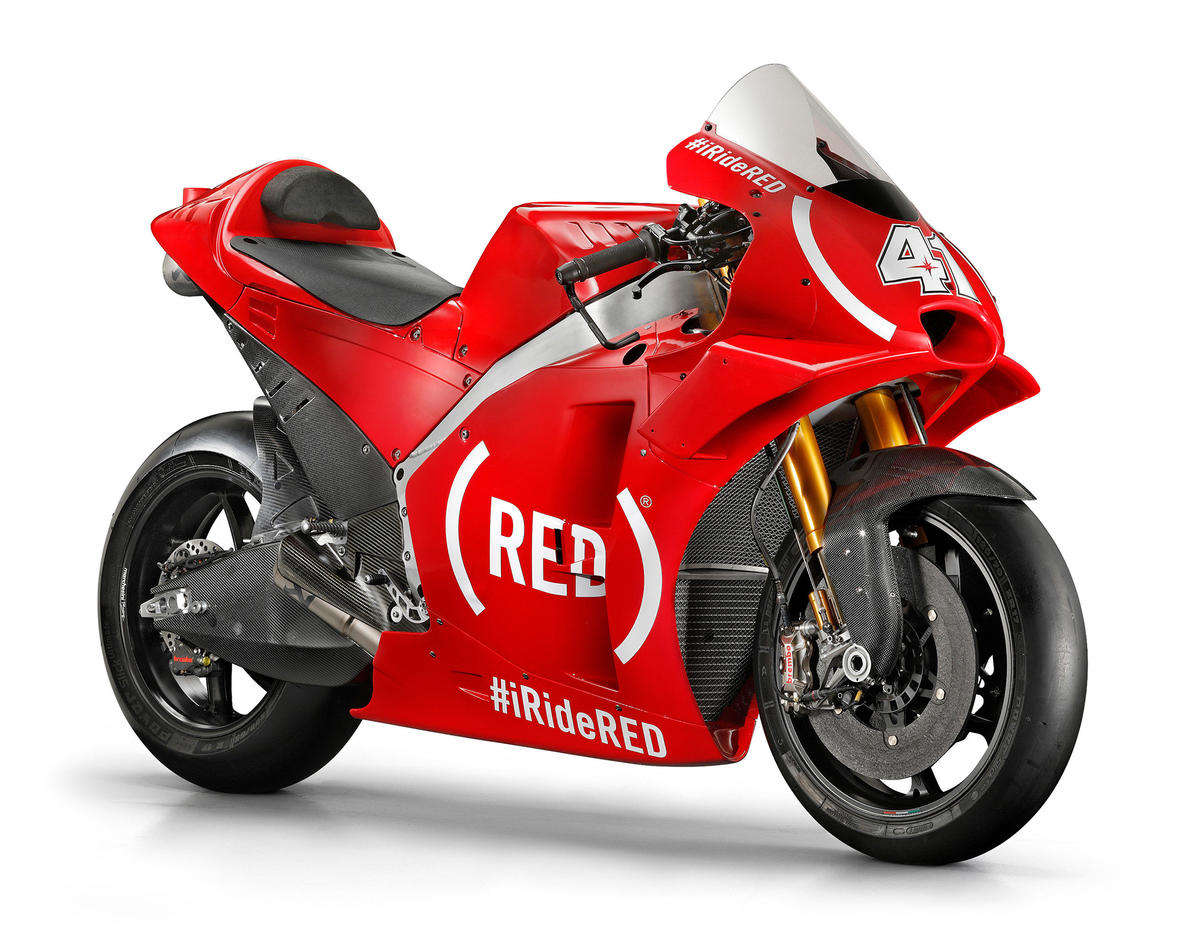 In Valencia, the RS-GP machines will be all red to support (RED) in the fight against HIV/AIDS

The Aprilia RS-GP machines ridden by Aleix Espargaró and Scott Redding will once again be all red for the final GP of the season. For the third year in a row, the (RED) livery will distinguish the Italian bikes on the day of the Valencia race in support of the association founded in 2006 by Bono and Bobby Shriver.
The intent of this initiative by Aprilia is to raise awareness with the large audience of MotoGP fans on the issue of AIDS, often overlooked or even forgotten. It is, instead, a battle on which the entire World Championship GP Motorcycle Racing community and motorcycle enthusiasts all over the world can contribute to keeping attention high in order to fight together to achieve an extraordinary goal of giving our children the dream of an AIDS Free Generation.
Millions of people and the most iconic brands in the world have come together, thanks to (RED) in a fantastic challenge to definitively defeat diseases such as HIV/AIDS, tuberculosis and malaria. From the time it was founded, (RED) has contributed more than $500 million to the Global Fund in the battle against AIDS. Help from (RED) has had an impact on 110 million people thanks to operations of prevention, care, consulting and assistance services, with particular attention to countries with a high percentage of the HIV virus transmitted from mother to child.
Thanks to collaboration with the Vespa for Children programme, the Piaggio Group – to which Aprilia belongs – has also contributed to taking (RED) and support for the Global Fund to India, one of the countries that has been hit the hardest by this problem.

ALEIX ESPARGARO'
"In recent races we have shown encouraging signs and I want to finish out the championship in the best possible way. It was certainly not an easy season, but we never stopped working and the final race is always a special opportunity because from Sunday on, we will officially begin our 2019 season with the first tests. We will also be racing in the (RED) livery. This is an important initiative and I am honoured to be able to provide my contribution to it."

SCOTT REDDING
"Valencia will be my last MotoGP race after 10 years. It will certainly be an emotional experience to close an important chapter of my career and I will try to do it in the best possible way. During these years, the fans have been exceptional and that has meant a lot to me. I hope they will continue to follow me with the same warmth."

Aprilia Racing Team Gresini and the Piaggio Group wish to thank riders Aleix Espargaró and Scott Redding, sponsors and all the partners who, with great sensitivity and generosity, have participated to make such an important project successful, agreeing to the creation of the RS-GP in the livery entirely dedicated to (RED).