From Vogue Italia and Vespa: "The Unique Vespa 946"

Milan, 3 April 2014 – The Vetra Theatre in Milan provided a splendid setting for the presentation last night of The Unique Vespa 946, a joint creation of the Piaggio Group and Vogue Italia, which is celebrating its fiftieth anniversary this year. 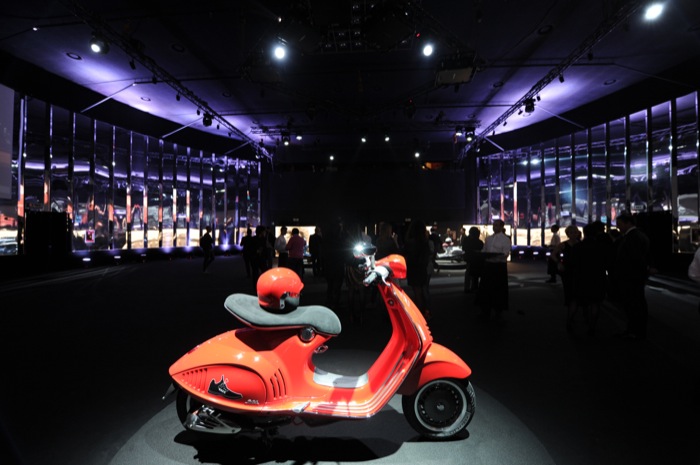 Vogue Italia and Vespa joined forces – for a major charity – to produce The Unique Vespa 946, the only Vespa 946 scooter ever made in red and to feature a customised saddle and handgrips. The Vespa 946 is the most luxurious and glamorous model in the history of the Vespa scooter, a unique object whose steel and aluminium frame condenses the values of style and technology that have made the Vespa an icon of Italian design around the world. 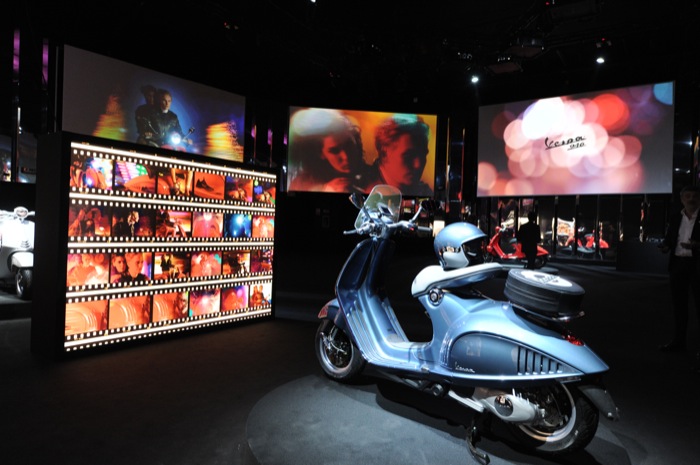 The object of desire was unveiled by Piaggio Group Chairman and CEO Roberto Colaninno together with the editor-in-chief of Vogue Italia, Franca Sozzani, in front of a select public of high-profile guests at a silent auction organised last night by Vogue Italia and the Piaggio Group. The proceeds will go to the Vespa for Children project and, on behalf of Vogue Italia, to the IEO Foundation, a no-profit organisation that funds cancer research.

Set up by the Piaggio Group in 2013, Vespa for Children is a humanitarian initiative that organises charitable social projects providing welfare and medical aid for children in the emerging countries. Vespa for Children’s first project was in Vietnam. In 2013, the National Hospital for Paediatrics in Hanoi and the Bambino Gesù Children’s Hospital in Rome launched a new cooperation project thanks to the support provided by the Piaggio Group. 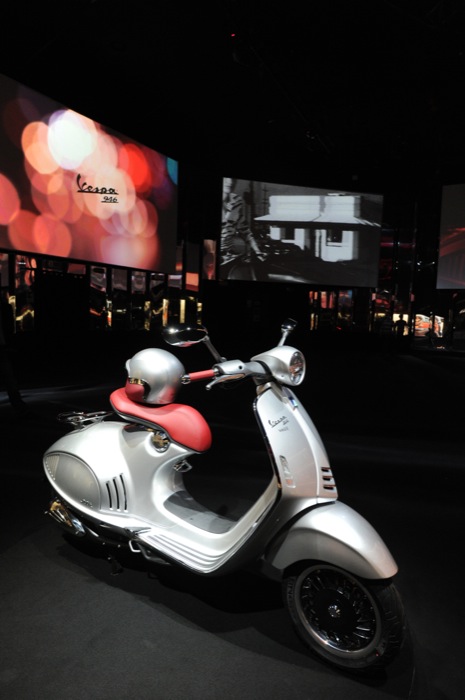 "The Vespa 946 we are presenting together with Vogue was designed, engineered and built entirely in Italy. It is the essence of Italian imagination, creativity and capacity for innovation, and a product to be proud of,” said Roberto Colaninno. "The Vespa is a friendly two-wheeler, a vehicle that provides carefree pleasure and makes people smile. This is why we created Vespa for Children: so that the Vespa can bring smiles and the opportunity to live healthy lives for many children and their families in a number of regions round the world.” 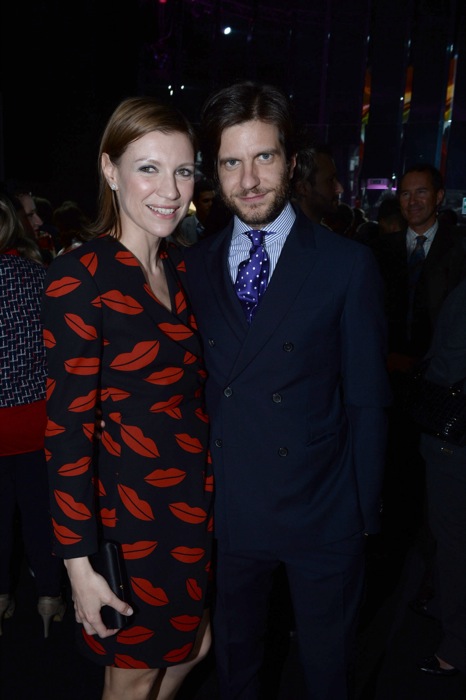 The exclusive red Vespa 946 was put up for auction during the Vogue Italia and Vespa cocktail party held last night at the Vetra Theatre, which also saw the debut of the first two scooters from the new Vespa 946 Collection, a range with a new Blue and Grey palette that had its world preview yesterday in Milan.