The Vespa World Days record edition comes to a close at Mantua, italy

More than 10,000 Vespa at the largest meet in history
132 Vespa Clubs from 32 countries.
The SBK pilots Melandri and Guintoli celebrate with the Vespa buffas at the Mantua Motoplex
Vespa Club Pordenone claims the Vespa Trophy 2014 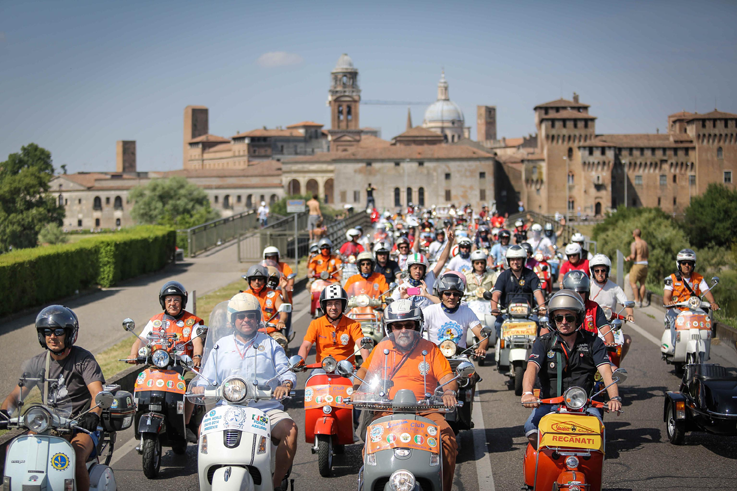 Mantua 15 June 2014 – Time for farewells and departure at the Vespa World Days 2014. The Mantua edition will be long remembered as the largest Vespa Club event ever organized. The 10k long parade of Vespa that travelled the streets of Mantua yesterday and then took to the roads of the Lombard province until reaching San Benedetto Po was quite a sight to behold, as never before seen. An estimated 10,000 Vespa is believed to have participated.

Mantua was engulfed in four days of music, partying, friendship and love for Vespa, as enthusiasts from Vespa Club around Europe arrived (from Finland to Greece) with fans also from Argentina, Brazil, Israel, USA, Jordan and Kuwait. All as testimony of a single passion, that for Vespa, a passion that knows no boundaries and that has reached every corner of the world thanks to over 18 million Vespa sold on all Continents.

The Aprilia Superbike pilots, Marco Melandri and Sylvain Guintoli were at the lead of the Vespa World Days celebration, mingling with the Vespa enthusiasts during the kick-off party at the Mantua Motoplex, the new Concept Store of the Piaggio Group dedicated to every two-wheel fan that represents a window to the future of the Piaggio Group and a tribute to the Group’s most important brands, not only Vespa but also Piaggio, Moto Guzzi and Aprilia.

The party then moved to the Vespa Village last night for the awards ceremony. The Vespa Club Pordenone ranked first and claimed the Vespa Trophy, the competition among Vespa riders that kept logs of their journey towards Mantua in their Travel Book. A trophy to tourism that involved 25 Countries around the world. The goal was to reach Mantua while visiting the greatest number of Check Points and with the most Vespa possible. Pordenone dominated the rankings, surpassing Vespa Club Cerignola and the Serbian Vespa Club “We Ride Everywhere”.

The Vespa Club d’Italia rendered praise to all national Vespa Clubs that took part in the event.

The last official act of this outstanding rally was commissioning the Vespa Club di Biograd in Croatia, where Vespa World Days 2015 is set to be hosted against the backdrop of the Dalmatia Sea. 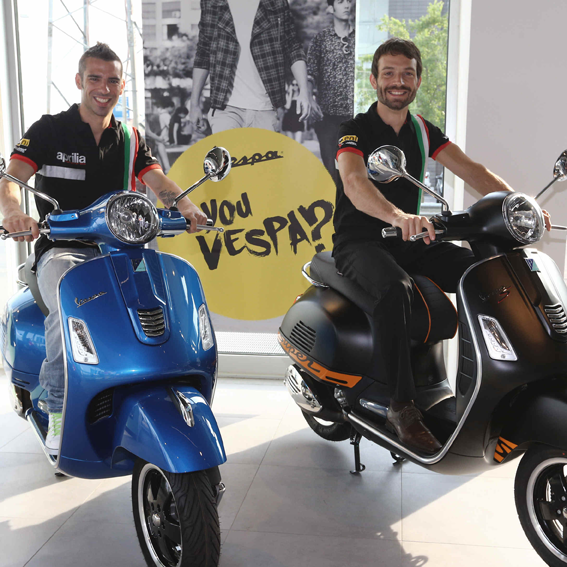