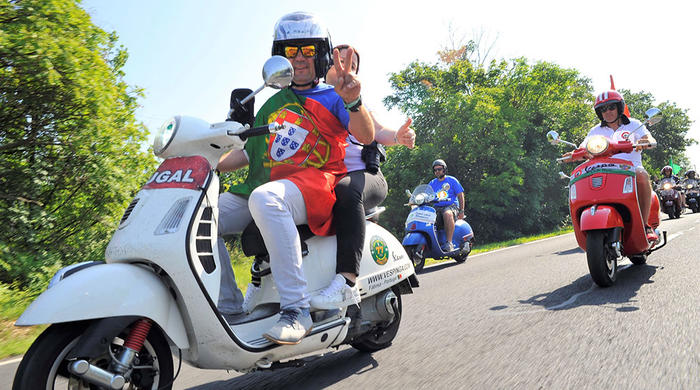 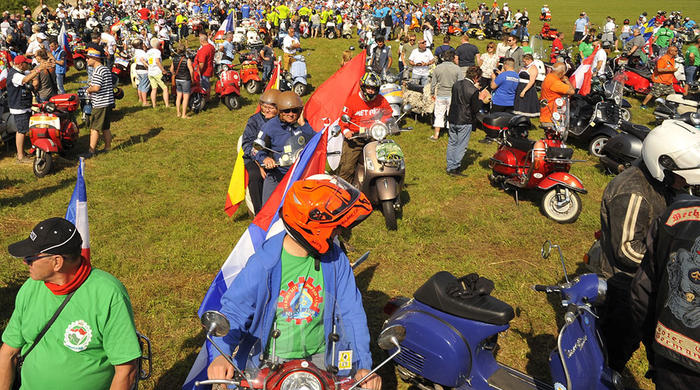 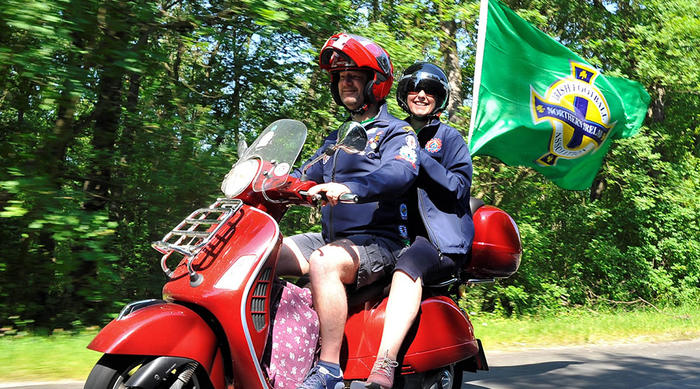 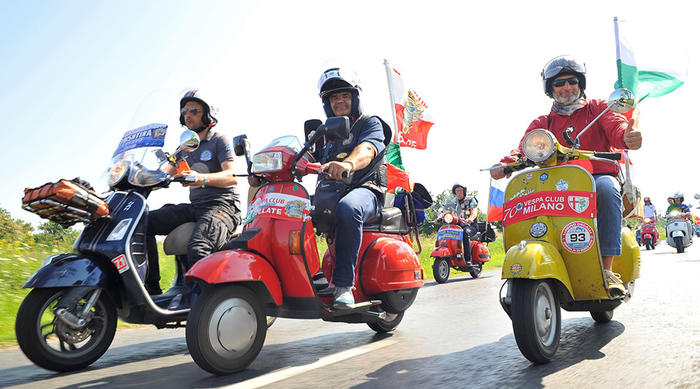 And in 2020 the Vespa World Days will double down with two events: in Portugal and on the island of Bali, in Indonesia

Zanka (Hungary), 10 June 2019 – The thirteenth edition of Vespa World Days has come to a close in Zanka, Hungary. This is the most important global gathering of Vespa Clubs which attracts Vespa enthusiasts from all over the world every year.

On the shores of Balaton Lake, it was three days of friendship, adventure and love for the most famous scooter in the world, a true symbol of Italian technology, elegance and style in the world.

More than 3,500 Vespa paraded through the streets of Zanka in every version and from every era, in attendance thanks to the 5,000 "Vespisti" who came from 40 different nations to represent as many National Vespa Clubs, obviously from all over Europe, but also from Hong Kong, Canada, Israel, Japan, The Philippines, Australia and Indonesia.

And in 2020, there will be two Vespa World Days events: in Guimarães, Portugal, from 2 through 5 July, and in Bali, Indonesia, from 23 through 25 July.

The Vespa World Days are held every year under the auspices of the Vespa World Club, established in 2006, successor to what was once Vespa Club d’Europe and later the Fédération Internationale des Vespa Clubs. Today Vespa World Days represents the celebration of the legendary Vespa, the unique scooter capable of transcending its function as an easy to ride and elegant vehicle, ideal for any daily commute, to become a truly international brand which embodies the universal values of youth, style and liberty.

Built entirely in steel from the beginning, all Vespa models - from the legendary first 1946 98cc, up to the current Vespa Primavera and Vespa GTS - have weathered the test of time, with millions still on the road all over the world, inspiring the phenomenon of Vespa Clubs and various associations. Restored, cared for and pampered, millions of Vespas have become beloved objects today, often passed down from father to son.

In almost seventy years of life, the Vespa has not “only” become the most popular and best-selling scooter in the world (more than 18 million Vespas have been sold on the five continents), but it has also established itself as a cultural phenomenon, uniting entire generations from countries and continents far from one another in a common passion.

Vespa and the love of its fans were practically born together, so much that many owners, as early as 1946, the year the scooter was born, formed associations: that's how the first Vespa Clubs were born. There are now no less than 49 National Vespa Clubs associated with the Vespa World Club, which bring together thousands of members in every nation.