Vespa Club from 37 countries and thousands of Vespas on parade 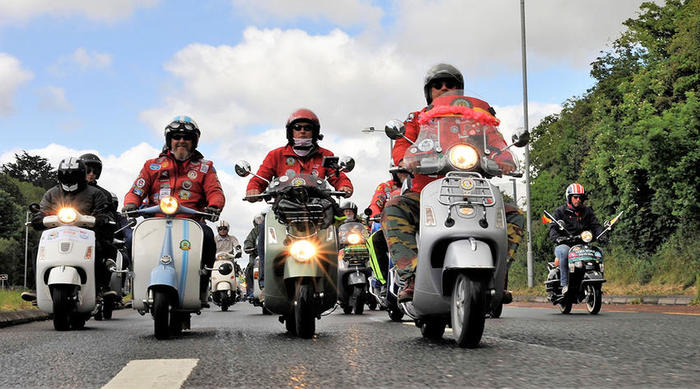 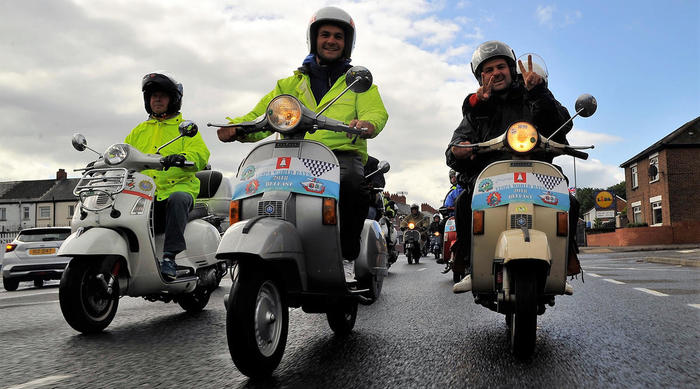 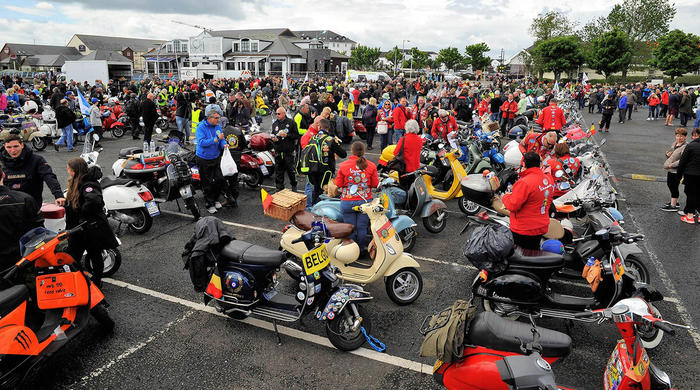 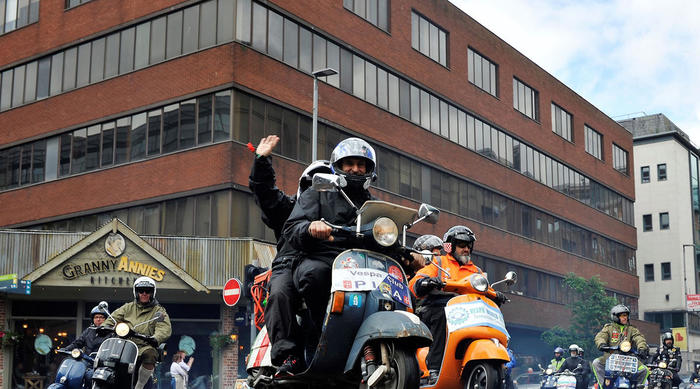 The event will be hosted in Hungary in 2019

Belfast (Northern Ireland, UK), 17 June 2018 – Belfast, Northern Ireland, the 2018 edition of the Vespa World Days, the most important gathering of Vespa enthusiasts, which brings together Vespa Clubs from all over the world came to a close today.

The splendid capital of Northern Ireland welcomed over 3,000 Vespas officially registered for the event - as well as thousands that drove over from throughout the United Kingdom and the Republic of Ireland on the spur of the moment - representing 37 nations, from the United States to Indonesia, from Australia to Mexico, from Canada to China, and including all of Europe and the Mediterranean area up to Israel. A testament to the strong universal appeal of the Vespa legend, which is currently experiencing one of its most triumphant periods.

A spectacular parade of Vespas made its way along the splendid Causeway Coast, amid green fields and the North Sea, welcomed by the applause of the local population as it headed for Belfast, a trendy destination and Lonely Planet's number 1 location of the Top 10 places to visit.

Of the many Vespas on parade the award for the oldest and most precious vehicle went to a splendid and very efficient 1951 Vespa Douglas, in a perfect state of conservation and still with the original period spare tyre.

As is traditional, the final act of the Vespa World Days was to announce the winners of the Vespa Trophy, a sought after tourist trophy created thanks to a partnership with Michelin in which Vespa Club members demonstrate all of their stops on the way to Belfast thanks to photos and special stamps on their Travel Books.

The next edition is set for 2019 and will be held in Hungary.

The Vespa World Days are a celebration of the eternal Vespa legend.

A scooter that has by now gone beyond its function as an easy and elegant vehicle for daily commutes to become a true global icon, loved by entire generations.

Vespa and the love of its fans were practically born together, so much that many owners, as early as 1946, the year the most famous scooter in the world was born, formed associations: that's how the first Vespa Clubs were born. Today, there are 53 National Vespa Clubs associated with the Vespa World Club and hundreds of registered local Vespa Clubs, for a total of more than 120,000 members worldwide.