Home > Archive > Press > (Vespa 946) RED one of the stars of Shopathon and the Jimmy Kimmel Live show, broadcast by ABC

(Vespa 946) RED one of the stars of Shopathon and the Jimmy Kimmel Live show, broadcast by ABC

Success of the annual (RED) shopping marathon to support the fight against AIDS. Funds raised till now for half a billion dollars 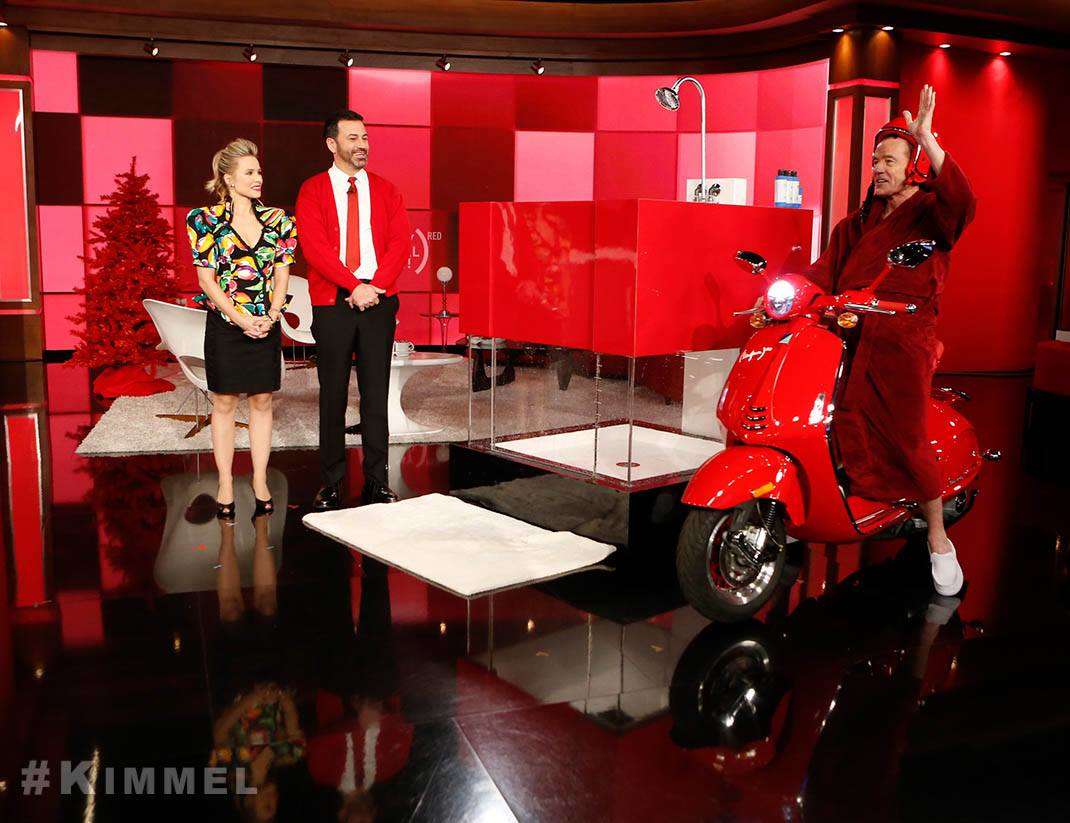 This year once again, “Jimmy Kimmel Live”, the hugely popular talk show broadcast by the ABC channel took up the cause of (RED) in the fight against AIDS, with a special program aired on 28 November 2017 to support Shopathon, the (RED) international shopping marathon, which this year was also in partnership with Amazon.

“Shop (RED) save lives” is the invitation to everyone who wants to contribute to the fight against AIDS, the mission of the (RED) association. The range of (RED) items on sale on Amazon include a selection of accessories (VJ1 helmet, unisex t-shirt, cap, mug, shopper) from the Vespa 946 (RED) collection. Each purchase is a contribution to the (RED) global fund. During the show, it was announced that so far its establishment (2006), the (RED) total fundraising has reached half a billion dollars.

Appearing on the Kimmel show for the second year running, along with a host of stars led by Bono from the U2 (plus Kristen Bell, Ashton Kutcher, Rita Wilson, DJ Khaled, Diddy and others), was the Vespa, with the (VESPA 946) RED, the most glamorous model in the range, ridden on to the stage by Bryan Cranston (a US movie actor, director and producer) complete with red helmet.

For each (VESPA 946) RED purchase, 150 dollars are donated to the Global Fund and the fight against AIDS. An important and tangible contribution enabling (RED) to guarantee more than 500 days of medical treatment to save the lives of HIV sufferers and prevent transmission of the virus from infected mothers to their unborn children.

Founded in 2006 by Bono and Bobby Shriver, (RED) contributes to the Global Fund in the fight against AIDS, Tuberculosis and Malaria. (RED)’s contributions to the Global Fund have helped more than 110 million people, through prevention, treatment, advice, HIV testing and assistance.