Vespa 946 (Red) on the MotoGP Circuit 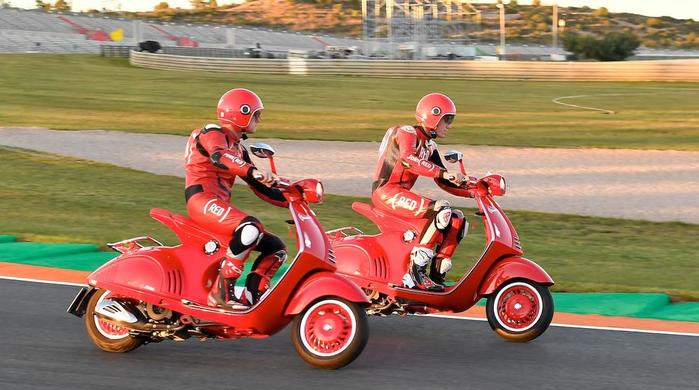 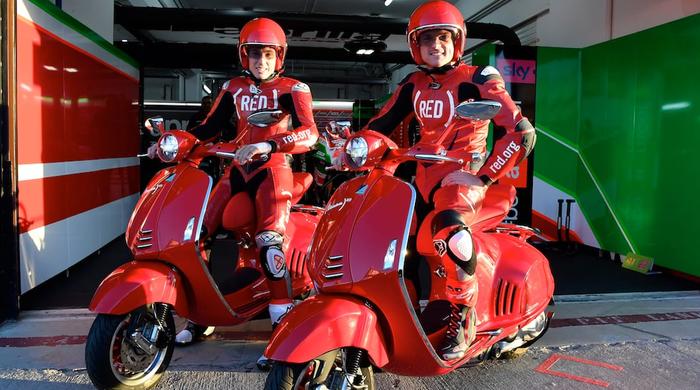 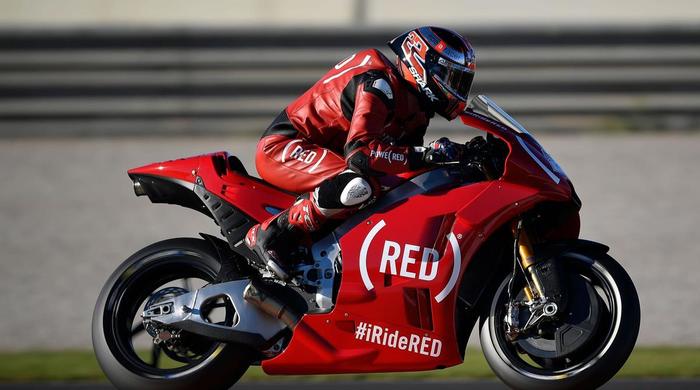 The Italian RS-GP Bikes, the Aprilia Racing MotoGP Riders, the team, the hospitality: all in Red to support (Red) In the its fight against Aids.

At the Valencia GP, the closing fixture in the 2017 MotoGP season (12 November), the Aprilia RS-GP motorbikes (and their riders) competed in the “total red” livery of (RED), the association that has come to prominence over the last ten years for its commitment to the fight against diseases that represent one of the greatest problems of our age.

So the Spanish GP was chosen as the event to promote and support the activities of (RED), with the Vespa 946 (RED) scooter taken on to the Ricardo Tormo racing circuit in Valencia by the Aprilia Racing riders in the 2017 season, Aleix Espargarò and Sam Lowes, for a “lap of honour”.

Total red was also the look for the hospitality area of the Aprilia Racing Team Gresini and the staff, with the Vespa 946 (RED) in a starring role in and outside the tent, together with the special collection of Vespa 946 (RED) accessories, which includes a leather bag, helmet, t-shirt, shopper and mug.

The Vespa (RED) was also present at EICMA 2017 (9-12 November, at the Milano Fiera Rho exhibition centre), the international two-wheeler tradeshow, on the Piaggio Group stand, where the Aprilia MotoGP rider Aleix Espargarò was an admired testimonial.

Since the scooter’s launch in 2016, every Vespa (RED) sale goes to support (RED), as will – beginning this year – sales of the new Vespa (RED) VXL recently launched in India.

Set up in 2006 by Bono and Bobby Shriver, (RED) has contributed more than 475 million USD to the Global Fund for the fight against AIDS, Tuberculosis and Malaria. The funds have gone to Ghana, Kenya, Lesotho, Rwanda, South Africa, Swaziland, Tanzania and Zambia; the resources have been invested 100% in Africa to finance programs that combat HIV/AIDS. The aid provided by (RED) for the Global Fund has helped more than 90 million people through prevention, treatment, medical consultancy, HIV tests and support services.