Vespa 946 presented in the USA

Vespa worldwide shipments from January to September reach record level of 146,600 scooters: up 21.3% from the first nine months of 2012

Piaggio Group Americas: more than 13,300 scooters and motorcycles sold overall in the first nine months of 2013 (+7.7% compared with the year-earlier period)

Roberto Colaninno: “a remarkable year for Vespa, with the launch of the 946 and the imminent presentation of the new Vespa Primavera at the EICMA motorcycle show in Milan”. The Piaggio Group Chairman and CEO to receive the “NIAF Special Achievement Award in International Business” tomorrow in Washington 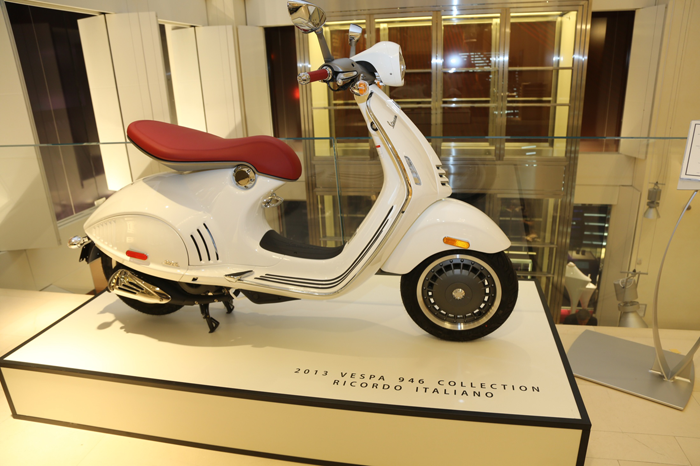 Available in the USA as from today at a price of 9,946 dollars, the Vespa 946 2013 edition consists of a closed lot of 3,600 scooters for worldwide distribution; production of the 2013 lot in the Pontedera factory in Tuscany will terminate in November.

“2013 has been a remarkable year for Vespa,” said Piaggio Group Chairman and CEO Roberto Colaninno at the New York presentation. “The 946, an exclusive and elite product, is about to be joined by a completely new model due to be launched at the EICMA motor show in Milan in early November. Given the style content of this second scooter, we’ve decided to give it a legendary name, one of the most significant in the history of the world’s most famous scooter: Vespa Primavera.”

“The introduction of new models, all of them faithful to the original Vespa design, but implementing innovative style and technology, and the development of new industrial and commercial initiatives around the world are the secret of this exceptional brand’s growing success over the years,” Mr Colaninno added. 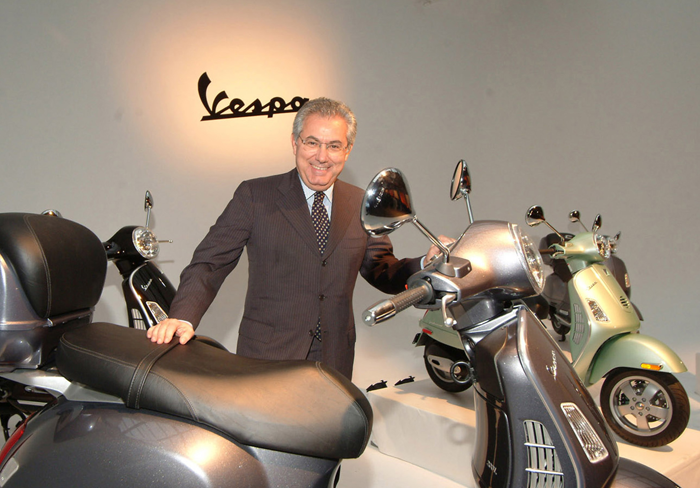 In the USA, marketing of the Vespa 946 will enhance the offer of the Piaggio Group Americas division, which, from its head office in New York, markets all the Piaggio Group brands in North, Central and South America. A benchmark player on the US scooter market with a 23.1% share, rising to 36.5% in the over 50cc segment, in the first nine months of 2013 Piaggio Group Americas reported aggregate sales for the Group brands of more than 13,300 vehicles in North America and South America, an improvement of 7.7% from the first nine months of 2012.

Besides its sales division, in the USA the Piaggio Group also has an R&D centre, set up on the West Coast in 2012. The Piaggio Group Advanced Design Centre in Pasadena (California) operates closely with the Piaggio Group Style Centre in Pontedera and the Group R&D centres in Italy, China, India and Vietnam. Its mission is not only to work at the cutting edge of design, but also to follow key research projects in urban mobility technology, with a special focus on engines with low or zero emissions and use of alternative forms of energy.

The international development of the Piaggio Group’s industrial, commercial and research operations is at the basis of the important award Roberto Colaninno will receive tomorrow in Washington DC at the 38th Anniversary Gala of the National Italian American Foundation (NIAF). The Piaggio Group Chairman and CEO will be one of the Italian and Italo-American honorees at the ceremony organised in the US capital – where other recipients will include the former CIA director and US Defence Secretary Leon Panetta – where he will receive the “NIAF Special Achievement Award in International Business”.