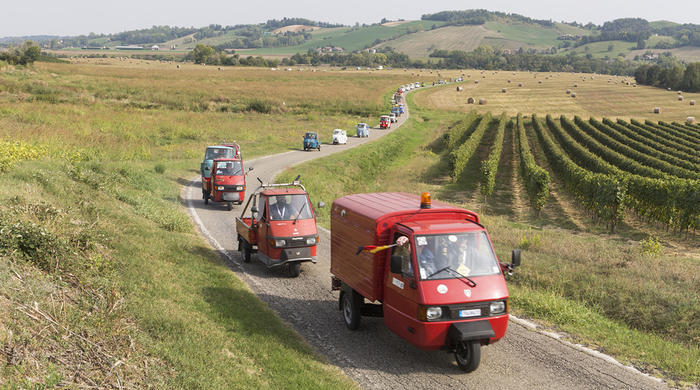 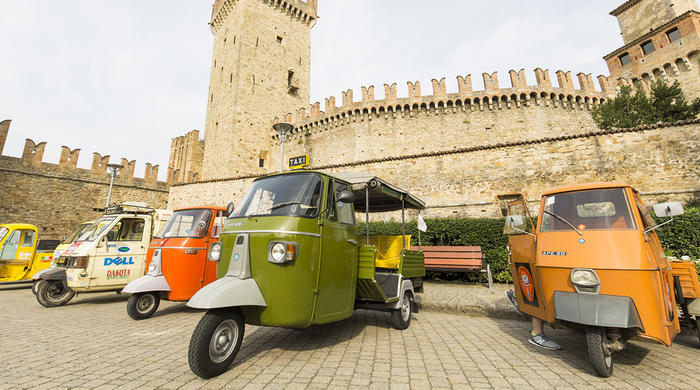 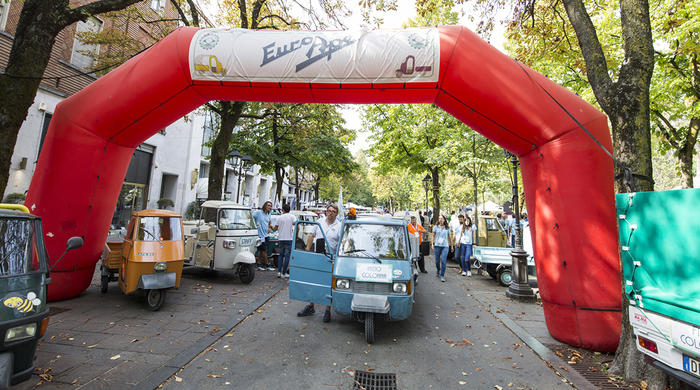 On April 13 – 14, the Top Ape Rally returns to the home of the first edition to celebrate the fiftieth anniversary of the Ape 50. A weekend devoted to the world’s most popular working three-wheeler, which continues to go from strength to strength. Debut of the new Ape Classic Furgone and the Ape Calessino My 2019.

Pontedera, 5 April 2019 – Seventy years since it made its first appearance, the Ape continues to reap success and win plaudits around the world. Today the Ape is the flagship for the growing phenomenon of street food and urban delivery services, while its international growth continues unabated after its recent entry on to the market in Cambodia, one of Asia’s fastest-growing economies.

An icon with an unprecedented history and simultaneously a truly contemporary product, the Ape is summoning its countless fans to its birthplace, Pontedera, the Tuscan town where the historic Piaggio factory is located, for the 2019 edition of EuroApe, on Saturday 13 and Sunday 14 April.

This year, Europe’s largest Ape rally is the occasion to celebrate the fiftieth anniversary of the Ape 50, the world’s smallest and most generous commercial vehicle, which has been on roads since 1969, and to introduce some interesting new entries, including the Ape Classic Furgone and the Ape Calessino MY 2019, which has been given a new look in line with its unmistakeably glamourous style.

This year’s event is the tenth (the first was held in 2008, also in Pontedera) organised by the Ape Club of Italy with the support of Piaggio Commercial. The nerve centre of EuroApe 2019 will be the Ape Village in Piazza Cavour, open from the morning of Saturday 13 April to engage and entertain Ape fans, as well as curious visitors, with a packed program of activities planned for the entire weekend.

The two-day event is expected to witness the arrival of a colourful “swarm” of more than one hundred Ape vans, from the rarest vintage models to the latest-generation three-wheelers. As always, a starring role will be played by the many special configurations, the Ape Tuning and the Ape Proto, the latter authentic racing Apes fitted with 1,000 cc engines, which will be used in displays at the special Pontedera Circuit set up in Piazza Martiri della Libertà, not far from the Ape Village. An ApeScuola driving school will provide theory and practical lessons on safe driving of the Ape 50 Cross for high-school students.

The Ape Village will also be the starting point for a number of fascinating excursions to explore the local area, true to the Ape values of friendship and the outdoor life. On Saturday 13 the Ape Tour will travel to the Castle of Lari, and on Sunday 14 a parade through the streets of Pontedera will end up at the Piaggio factory, where enthusiasts will have the chance to see the Ape 50 assembly lines.

Ape Club of Italy. The Ape Club of Italy was created in 2006 by a group of enthusiastic Ape fans, and has gradually grown thanks to the Ape Census project. Its goals are to promote interest in the celebrated Italian three-wheeler; to safeguard and restore vehicles of historical interest; to provide assistance for youngsters using the Ape, and to coordinate sports activities featuring racing Ape models.