From January to August 2009, 6% growth in sales and 1 percentage point rise in market share compared with first 8 months of 2008.

New Porter Maxxi model and new electric Porter due for launch in September. 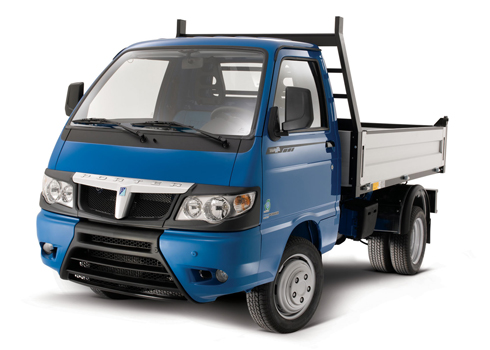 Pontedera, 7 September 2009 – According to data published today by ANFIA, Piaggio Veicoli Commerciali has boosted its vehicle sales and market share in Italy.

Piaggio Veicoli Commerciali deliveries in Italy in July and August 2009 – totalling 443 and 153 vehicles respectively – were up 10.2% and 18.6% respectively on July and August 2008, reflecting the success of the new Porter. This double-digit growth strengthens Piaggio’s positive performance and bucks the trend on the commercial vehicles market, where demand continued to slacken (-28% from January to August 2009).

Piaggio Veicoli Commerciali market share increased by 1 percentage point in the first eight months of the year to 3.1% of the Italian market, compared with 2.1% in the year-earlier period.

These results reflect the success of the enhanced Porter range, available in full from the Piaggio sales network. Piaggio Veicoli Commerciali will further extend the Porter offer in September with the launch of the new Porter Maxxi and a new electric version intended to boost the brand’s leadership in sustainability, already well established with a choice of low-emission electric engines and bi-fuel engines for LPG and methane, which account for more than 75% of the sales mix.