Contemporary look, with careful finishes, new details and more complete standard equipment: the Scarabeo is poised to stack up another 20 years of success. Two versions for the new Scarabeo 50 2T Euro 4 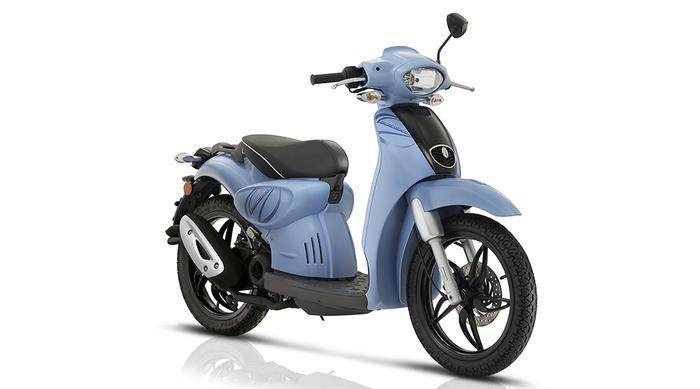 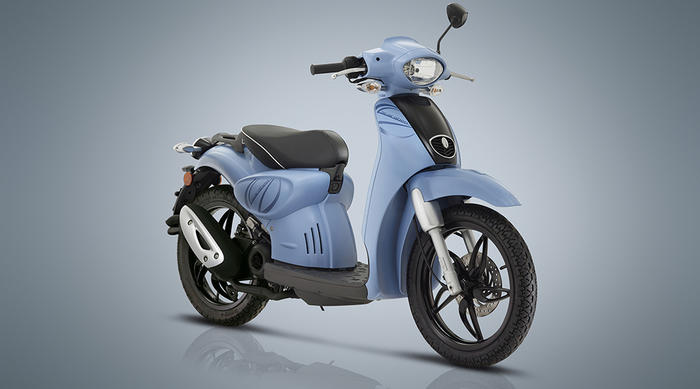 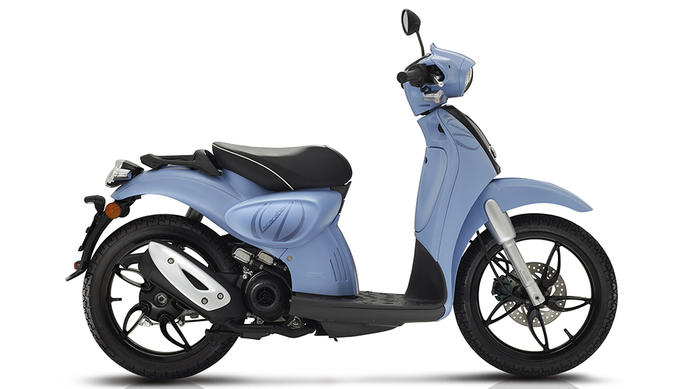 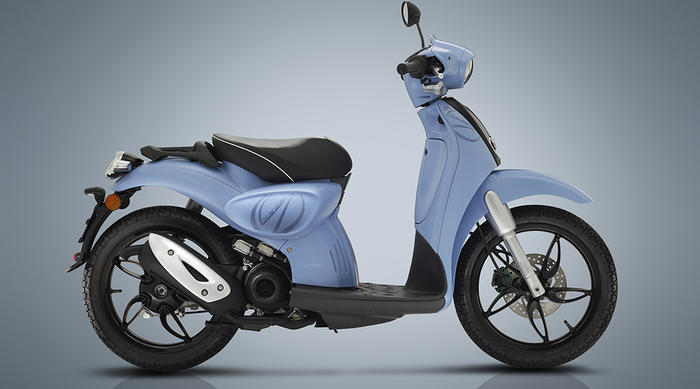 The Scarabeo was created in 1993 as a vehicle destined to leave an indelible mark on the world of high-wheeled scooters. Aprilia had an ambitious goal: to create a “citybike”, in other words, a perfect scooter for primarily urban use. The guidelines for the project were clear: Scarabeo – taking its name from a distant ancestor, a small 50 cc motocross bike that Aprilia created in 1970 – needs to stand out for its lightweight nature, easy ride, handling and low operating costs. On the other hand, however, it needs to have a design that can stand the test of time and overcome the laws of evolution that require constant updating in terms of form and mechanics and tend to mark the inevitable and early ageing of common two-wheelers. The Scarabeo project proved to be right on the mark straight away: it immediately enjoyed a resounding success which continues to this day thanks to the remarkable ability of this scooter to transcend fads and fashions while remaining the benchmark for the segment. Flagship and best seller in the high wheeled scooter segment – with more than 750,000 units produced from 1993 to the present – Scarabeo has always proven itself to be a unique vehicle, capable of evolving over time to adapt to the changing needs of the market.

The Scarabeo stays faithful to the style and personality that made it one of the great classic means of transport for young people and is now proposed in two models: the Classic - with a long seat and available in evergreen colours such as black, white and metallic blue - and Street - with single seat and opaque colours such as classic black and white.

It is a scooter - now equipped with a new muffler, USB plug-in, new fork - with the unmistakable and iconic style that has always attracted young people of different generations while going beyond trends. Few objects have the privilege of being able to rise above the phenomenon of trends to become true classics. The Scarabeo style is decidedly "neo vintage", because it takes totally classic styles and reinterprets them in a modern key.

Great attention was given in its styling and design to the modularity of the elements in relation to the different versions, so its different versions and different variations maintain a uniformity and remarkable consistency of style, which is why Scarabeo is always itself and keeps its unmistakable personality whatever the version or engine.

The true hallmark of the Scarabeo since it first appeared, is the oval design that in this version regains its leading role, reinterpreted in a more modern key. The oval marks the mask, re-establishing its prominence on the sides, increasing in proportion - and therefore its emphasis - on the general aesthetics of the Scarabeo. Even the lights recall this characteristic Scarabeo shape, contributing to its strong characterisation.

The theme of the oval has been incorporated into the style of the rims, whose impact on the overall look of the Scarabeo has grown with the increase in their size. The peculiarity of the design - with five spokes for the single-seater version and seven spokes for the long seat it uses the oval as a decisive aesthetic element.

Thanks to its single cradle sturdy frame in high strength steel tubing, Scarabeo ensures class leading agility and unrivalled stability. The suspension components are high quality, for tackling even the worst city street with ease. At the front is a telescopic hydraulic fork, with 30 mm stanchions and a remarkable 78 millimetres of wheel travel, while the rear suspension boasts a sturdy hydraulic shock absorber with a wheel travel of 74 mm. The 5 and 7-spoke rims fit wider tyres, respectively 90/80-16 front and 100/80-16 rear, improving safety and handling. The braking system guarantees limited stopping distances, aided by the extremely lightweight nature of the vehicle. There is a 220 mm front disc brake, while the rear drum disc brake is 140 mm in diameter. Scarabeo 50 2T is powered by a latest-generation two stroke engine with forced air cooling and a catalytic converter making it both simple and clean. Brilliant performance, fuel economy and ultra-low emissions make Scarabeo 50 2T the perfect anti-traffic weapon.