Rome, 30 September 2008 – The Chief Minister of the Indian State of Maharashtra,Vilasrao Dashmukh, met Piaggio Group Chairman and Chief Executive Officer Roberto Colaninno in Rome today, during a visit to Italy by a Maharashtra government delegation from Mumbai.

The Piaggio Group has been establishing a successful industrial operation in India, in the Maharashtra region, since the beginning of the decade, primarily the production and marketing of three- and four-wheel commercial vehicles. Piaggio Vehicles Private Ltd. (PVPL), an Indian company wholly owned by Piaggio, produced approximately 155,000 vehicles in 2007 for revenues of Euro 238.0 million. In the first six months of 2008, PVPL shipped 81,300 vehicles (+10.7% from the first half of 2007), for revenues totalling Euro 122.6 million (+10.2% YoY). Piaggio Vehicles Private Ltd. is currently the market leader for the three-wheeled commercial vehicles sector in India.

During today’s meeting in Rome, the Principal Secretary (Industry) of the State of Maharashtra, Azeez M. Khan, and the Chairman and Managing Director of PVPL, Ravi Chopra, signed a joint memorandum confirming Piaggio’s intention of implementing a major industrial project in Maharashtra as part of its strategy for growth in India and Asia, namely the construction of a factory to manufacture engines for its commercial vehicles. The investment in the new facility, which is scheduled to begin production in 2010, will amount to an estimated Euro 60 million. 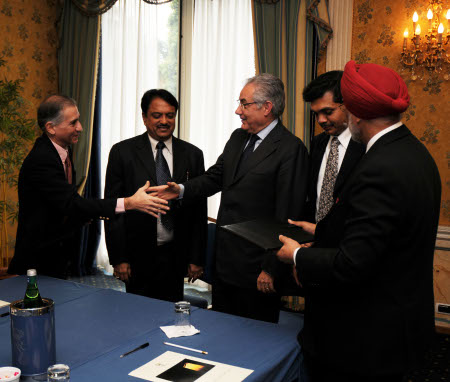