Milan, 14 May 2013 – For the first time ever, a Moto Guzzi motorcycle has been crowned “Best of the Best″ by the Robb Report. The US magazine, for 37 years the world’s leading luxury-lifestyle magazine, is to include the California 1400 Custom, the new motorbike just introduced by Moto Guzzi and produced in its Italian facility in Mandello del Lario, in its “Best of the Best” Luxury Portfolio for 2013. 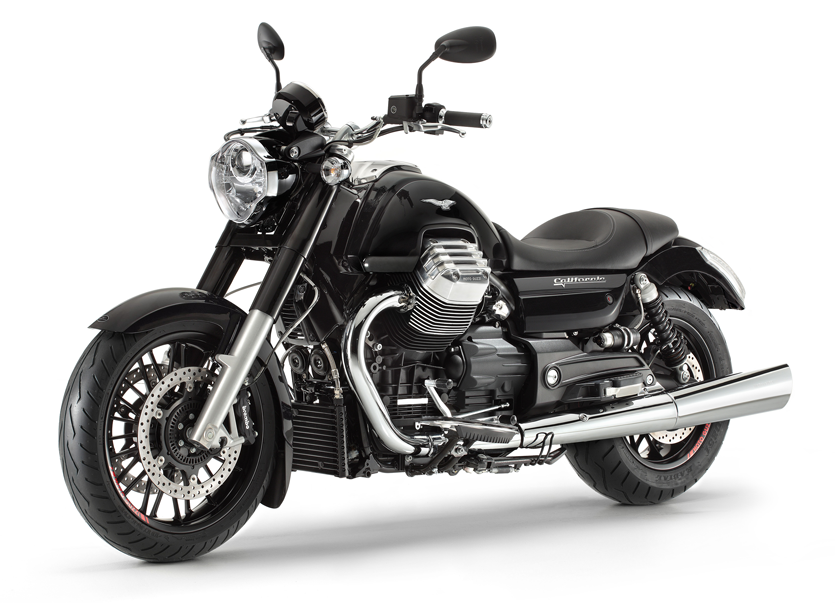 Published in twelve international editions, for 25 years every Junethe Robb Report has presented its “Best of the Best” special issue, which, say the magazine’s publishers, is the “the culmination of an entire year’s search for the most extraordinary new products and services”. The issue spans premier-quality world production in six categories: “Wheels”, “Journeys”, “Style”, “Leisure”, “Home” and “Wings & Water”.

In the 2013 “Best of the Best” issue, the Robb Report pays tribute to the technology, style and irresistible appeal of the new Moto Guzzi California 1400 Custom, named as the top product in the “Cruiser Motorcycles” category. This is a new and extremely important acknowledgment for the great new bike from the “Eagle brand”, for which, beginning with the 2012 EICMA motor show in Milan, Moto Guzzi has organised a lengthy road show of media previews for hundreds of journalists in Cannes, Monte Carlo, Barcelona and, last month, marking the bike’s debut on the US market, Los Angeles.

Not only has the largest Moto Guzzi bike built to date won the plaudits of the critics – with extraordinary reviews from the general and trade press – it has also captured the heart of international movie star Ewan McGregor. The Scottish actor has agreed to act as the testimonial for the Moto Guzzi California 1400, and to be the “face” of a stunning advertising campaign for the California Touring and Custom models, shot on the coast and in the desert of Western Australia. 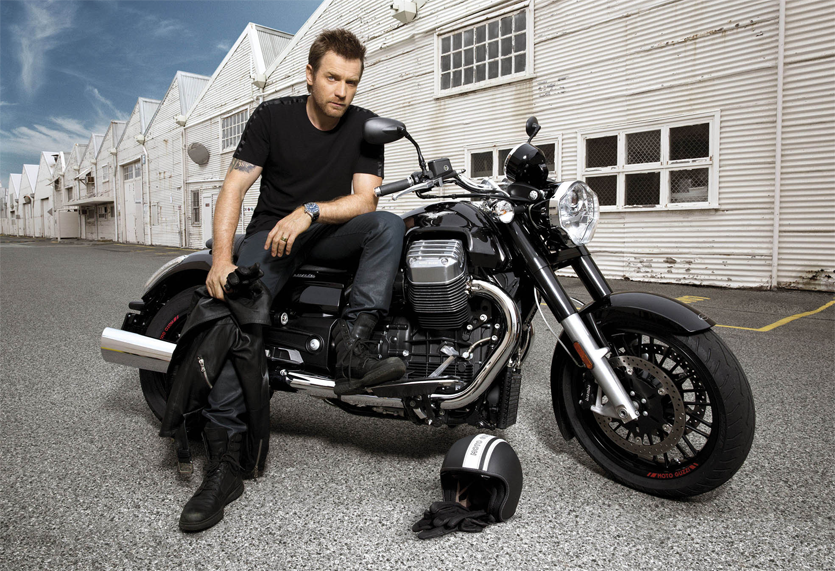 Established in 1921 and acquired at the end of 2004 by the Piaggio Group – Europe’s leading two-wheeler constructor – Moto Guzzi has operated continuously for 92 years at the same factory in Mandello del Lario; with its fully stocked museum on the “Eagle brand”, the site is one of the most popular destinations for bikers from all over the world. Thanks to the success of its motorcycle range, the outcome of a strategy of investment in both R&D and the historic factory, in 2012 Moto Guzzi successfully countered the downturn on the European motorcycle market with a 15.3% increase in motorcycle sales (6,664 bikes, compared with 5,763 in 2011, when the company had already reported 30% year-on-year growth). The upward trend in shipments of Mandello del Lario bikes was confirmed in the first quarter of 2013, with volumes rising by 27.9% and revenues up by 35.9%, despite the slackening in demand on the European market.

Fitted with a powerful brand new V-twin 1400 cc engine – the largest in its class ever manufactured in Europe – the Moto Guzzi California continues the legend of a great Italian motorcycle, one of the most famous bikes in the world. Imposing, luxurious, with lavish care devoted to the smallest details, equipped with the best cutting-edge electronic control technology, designed in the timeless tradition for elegance of every Moto Guzzi, the new California 1400 sets one record after another. From the powerful Moto Guzzi 1400 cc engine in the classical V-twin architecture with cardan shaft drive, to ride-by-wire, cruise control, ABS and traction control: everything on the California 1400 Touring and Custom combines the best of latest-generation technology with the legendary Moto Guzzi brand.