Rome, 26 May 2016 – The President of the Italian Republic, Sergio Mattarella, today received the senior officers of the Piaggio Group at the Quirinale Palace. Making up the Piaggio Group delegation were the Deputy Chairman, Matteo Colaninno, Board Director Michele Colaninno – who is also CEO and Chief Operating Officer of the Immsi holding –, Italy Market VP Maurizio Carletti and Group Product Marketing VP Leo Mercanti.

During the meeting, the Piaggio Group managers presented Mr Mattarella with the twenty Moto Guzzi California Touring 1400 motorcycles that will be used by the Corazzieri, the regiment that forms the Guard of Honor and security corps of the President of the Italian Republic.

The new California Touring 1400 bikes, produced in a special version for the Corazzieri, were manufactured in the factory in Mandello del Lario where the Moto Guzzi company – which became part of Roberto Colaninno’s Piaggio Group in 2004 – was established in 1921. 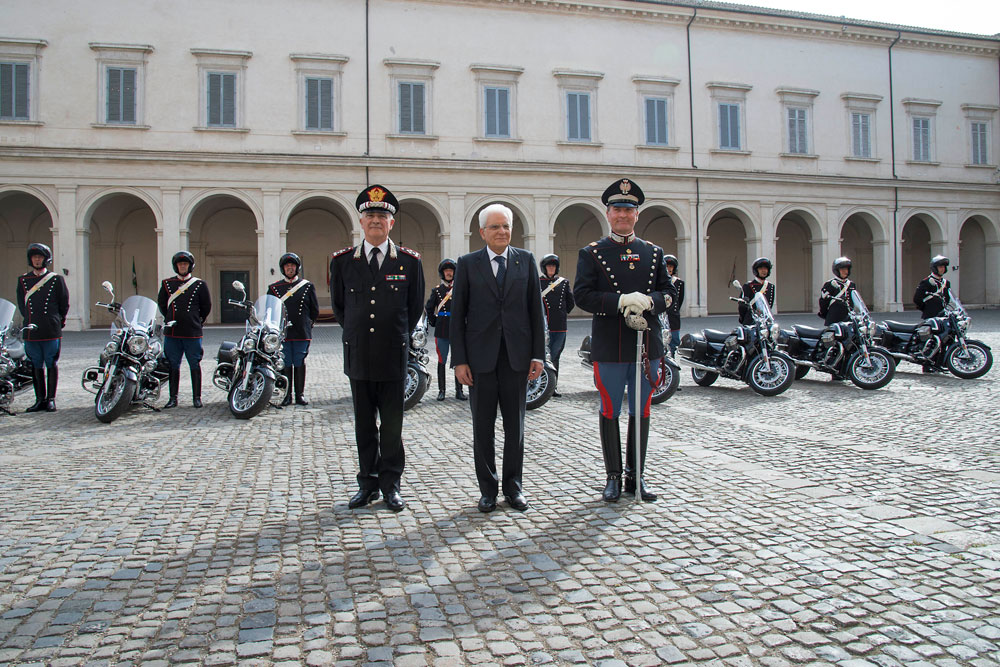 The California 1400 motorcycles presented today to President Mattarella continue the long tradition between Moto Guzzi and the Corazzieri. At the regiment’s "Maggiore Alessandro Negri di Sanfront" barracks, the vintage motorcycle hall exhibits a large number of vintage Moto Guzzi motorcycles used over the years by the Italian head of state’s escort. 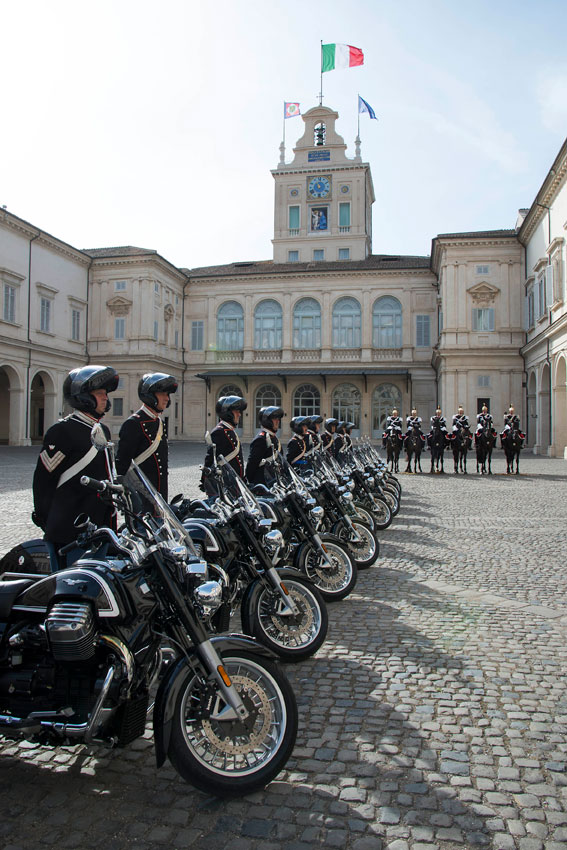