Hanoi, 1 March 2012 – In Vietnam today the Piaggio Group is officially launching a decisive new phase in the development of its operations in the Asia Pacific area, with the opening of a new engine factory to serve its made in Vietnam production, whose capacity will rise to 300,000 vehicles/year. 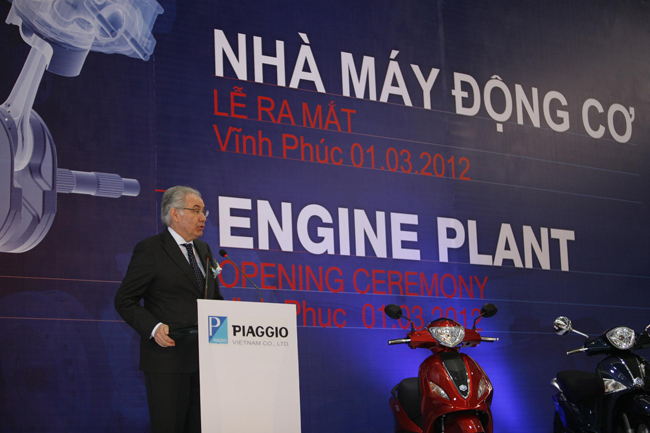 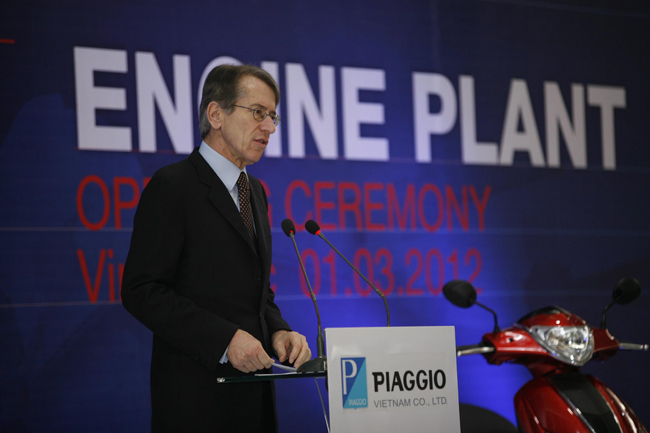 During the ceremony, Roberto Colaninno said: “Today is a very important event for our Group. It is based on the success achieved by Piaggio Vietnam since 2009 and lays the foundation for a new phase in our expansion strategy in South East Asia. The results reported by the Piaggio Group last year validate our global growth strategies, which identify Asia as the key to Group growth in the next few years, by virtue of the rapid urbanisation of the main Asian nations and rising consumer purchasing power.”

The new engine factory – where production operations will begin in April – will include, in addition to the scooter engine assembly lines, aluminium machining equipment and test benches. The new Piaggio Group plant stands next to the Piaggio Vietnam vehicle assembly plant, which handles all welding, painting and final assembly operations for the Vespa, Liberty and Fly scooters produced by the Group’s Vietnamese subsidiary. The Piaggio Vietnam industrial complex in Vinh Phuc also houses an R&D Centre for the two-wheeler sector – the first R&D unit set up by the Piaggio Group in Asia – which operates synergetically with the Group headquarters in Pontedera, focusing on the vehicle and engine ranges produced for the Asian and Pacific markets. 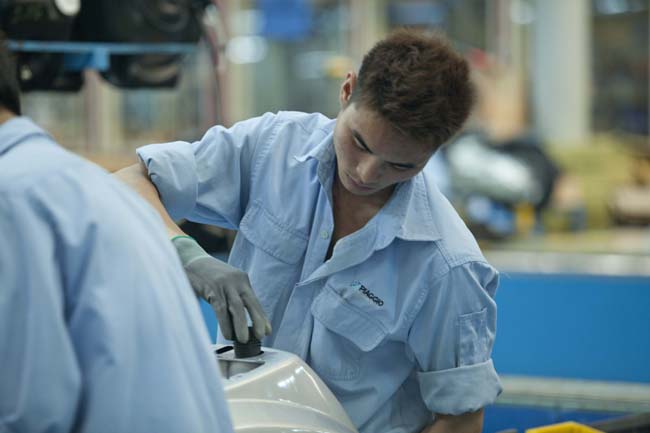 Since beginning production in June 2009, under the leadership of Costantino Sambuy, who is also the Piaggio Group’s head of operations in Asia Pacific, Piaggio Vietnam has already built more than 180,000 two-wheelers. Besides its Vespa production (where the 100,000th scooter since Vietnamese production began came off the production lines in the second half of 2011), the subsidiary successfully produces Liberty high-wheel scooters. In February 2012, Piaggio Vietnam also launched the new Fly, an innovative compact scooter available in 50, 125 and 150cc versions. In addition to winning a leading role in the premium sector of the Vietnamese market, Piaggio Vietnam has enabled the Group to move into very important new markets in South East Asia, notably Indonesia, Thailand, Taiwan and Malaysia.

“The engine plant opened today will also produce a new global range of scooter engines developed by our Group for manufacture in Italy, Vietnam and India,” said Roberto Colaninno. “These are four-stroke, three-valve 125 and 150cc engines with a capacity of 60 kilometres per litre, whose emissions and fuel consumption are among the lowest in the world.”

The investments planned by the Piaggio Group in Vietnam for the period 2012-2014 amount to approximately 70 million euro, on a total capex of approximately 400 million euro envisaged by the Group business plan for 2012-2014. The Piaggio Group strategies target decisive growth in operations on the emerging markets, to reach global sales of more than one million vehicles in 2014, as well as a significant increase in revenues, for a consolidated net sales target of approximately 2 billion euro in fiscal year 2014. In terms of revenue breakdown, in 2014 Piaggio expects Asia to account for 50% of Group revenues, compared with 8% in 2003 and 25% in 2009. 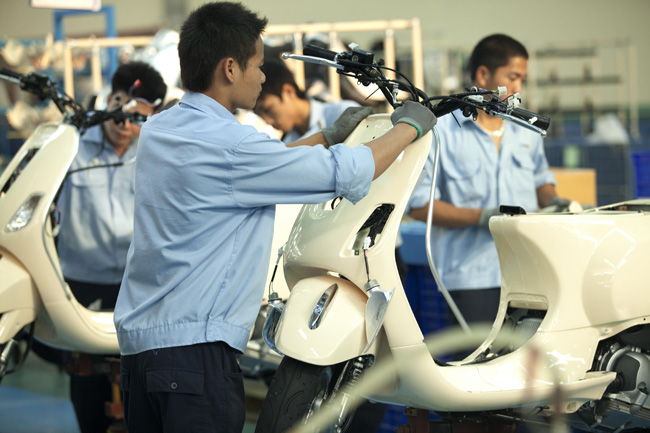 In Asia, in the two-wheeler sector, the Piaggio Group is about to launch the special low-emission fuel-efficient Vespa model recently presented at the Delhi Auto Show on the Indian scooter market, where annual growth rates are particularly high. Vespa production in India is being started up in a new plant in Baramati – on a site that already houses the industrial complex of Piaggio Vehicles Private Ltd., the leading player on the Indian three-wheel commercial vehicle market – with initial production capacity of more than 150,000 vehicles/year. 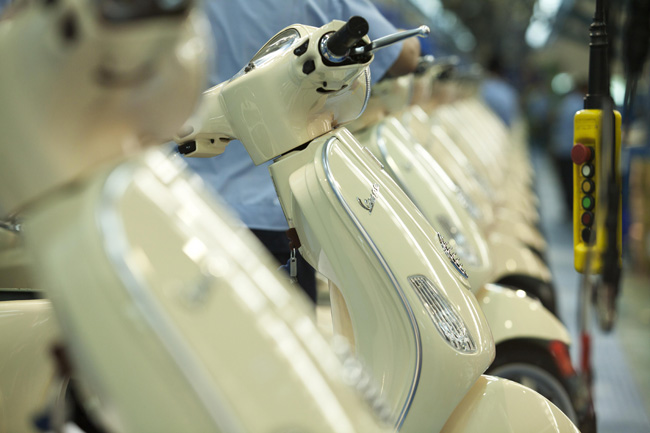 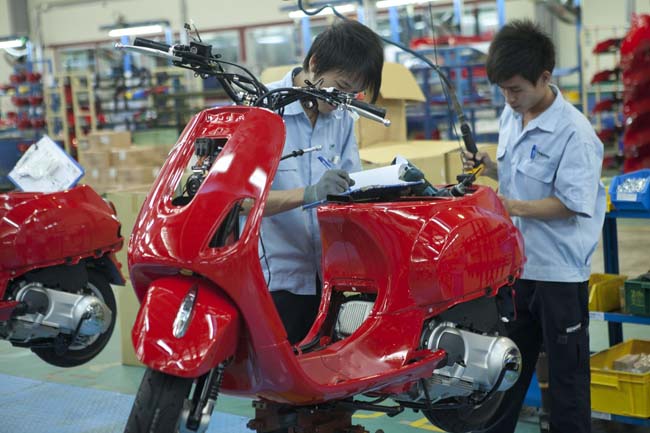