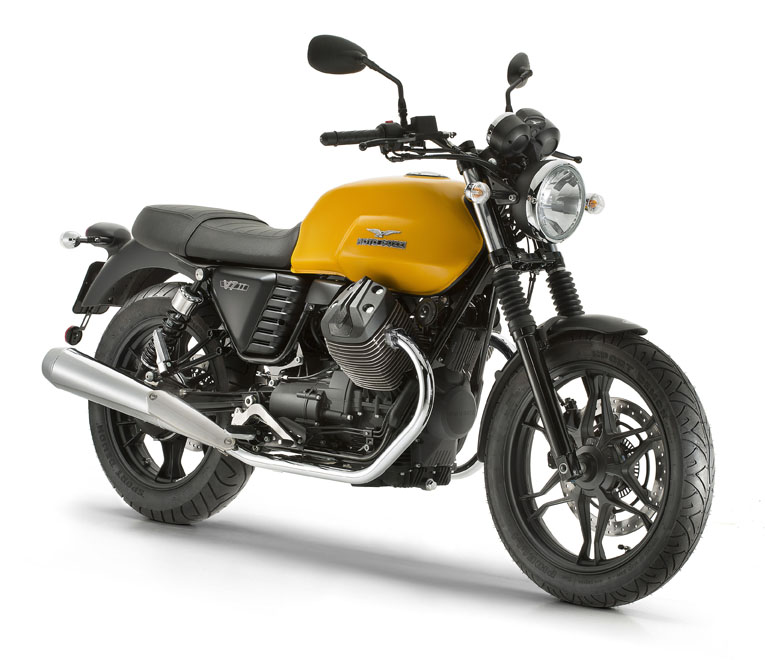 Milan, 25 Sep 2014 - The Intermot show that will launch the international motorbike season in Cologne, Germany next week opens with two choice innovations from Aprilia and Moto Guzzi, the motorcycle brands of Piaggio Group, European leader in the two-wheel segment. From 1 to 5 October Aprilia and Moto Guzzi will display two brand new models, decisive evolutions in the bike industry and highly representative of their respective product ranges. The Aprilia Caponord Rally and Moto Guzzi V7 II – the official photos of which are being distributed today – are two first glimpses of the future Piaggio Group motorbike ranges, which will be unveiled at EICMA 2014 in Milan.

Introducing the new generation of one of the best-selling and popular "Eagle brand" models anywhere in the world. The new Moto Guzzi V7 II was christened thus according to Mandello tradition and it is available in three different versions, each with its own identity: Stone, Racer and Special. 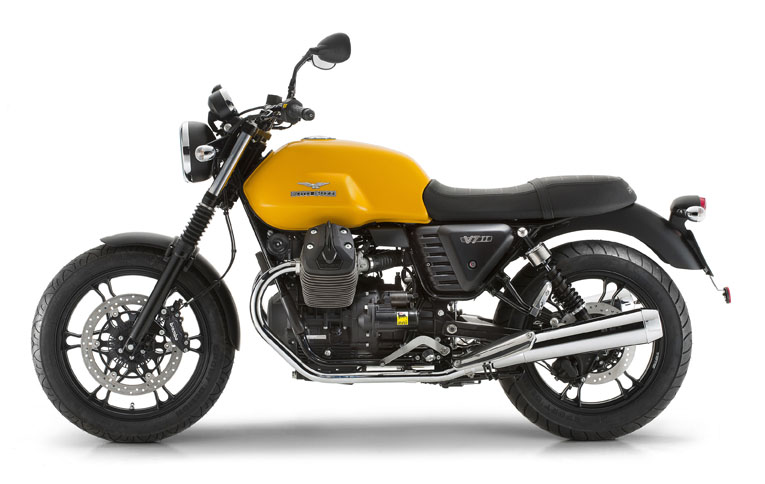 Moto Guzzi V7 II literally has an extra gear. In fact, making it's début on the V7 II – and it is just the first on a long list of safety and performance technical advancements – is a new, six speed gearbox with spacing that has allowed the first and last two ratios to be reduced, decreasing the drop in rpm between one gear and the next. Along with the gearbox the clutch was also improved in order to achieve a softer action and a more even release. Moto Guzzi continues to develop solutions to increase active safety features and on the new V7 II the ABS braking system and MGCT (Moto Guzzi Controllo Trazione) system have been introduced.

The former is a two-channel system, whereas the latter is a sophisticated electronic system that ensures ideal traction in any conditions, preventing the rear wheel from sliding during acceleration, thereby averting dangerous loss of grip to increase riding safety. The aesthetics have also evolved: on the new V7 II the engine has been tilted 4° toward the front axle and lowered 10 mm. This solution not only significantly improves the aesthetics from a side view, which on previous models seemed to have a "nose-up" look of the 90° V, but it also created more knee room. In fact, the new V7 II, which also has new 25 mm lower footpegs, provides a comfortable position even for above average height riders, while remaining accessible and "user friendly" for riders – men and women – of any size. The new Moto Guzzi V7 is available in three versions: V7 II Stone, eclectic and essential, characterised by typical '70s colour schemes; V7 II Special, the closest to the original spirit of its ancestor, starting from the graphics inspired by the famous 1975 V750 S3; V7 II Racer that embodies the Moto Guzzi sports spirit. With its sporty set up, low handlebars and a chromium fuel tank with a leather fastening strap, V7 II Racer is a bike that was born to be ridden strictly one-up, wearing black leathers and leather stud palm gloves.

The new Moto Guzzi V7 II will be available in European markets from November 2014. 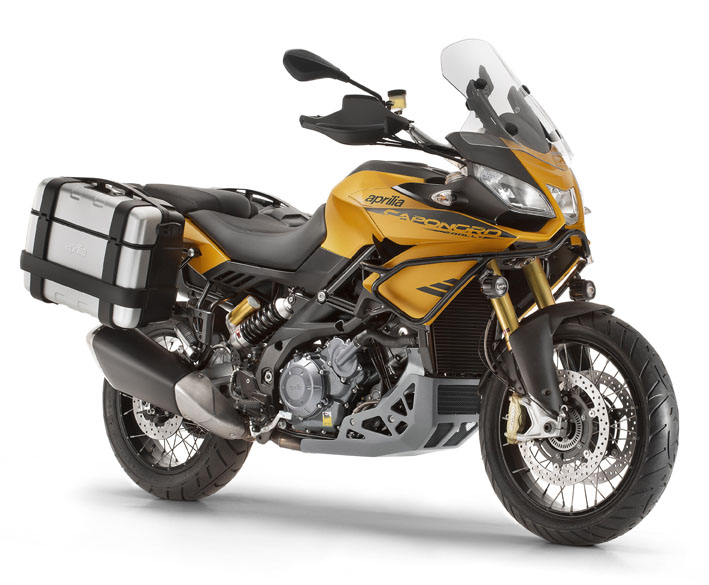 Aprilia introduces a radically new version of the super technological Caponord 1200, a new bike that breaks down the confines of paved roads to become even more transversal and suitable for any trip, ready for any terrain.

Caponord 1200 Rally tackles any route intelligently: in fact, this crossover has the exclusive and patented semi-active ADD (Aprilia Dynamic Damping) suspension system, a highly advanced dynamic control system developed in-house by Aprilia, which sets new global benchmarks for the motorcycle industry in terms of technology, efficacy and reliability. The exclusive ADD software uses skyhook algorithms and acceleration driven damping strategies, which are the industry standards for the automotive world.

This has made it possible, for the first time ever, to attain superlative levels of performance in all fork and shock absorber frequency ranges. With previous generation electromechanically adjusted suspension systems, the rider electrically adjusted the suspension setup from a selector on the handlebar. With the Caponord 1200 Rally's ADD system, however, all the rider has to do is ride. The system measures the forces transmitted to the vehicle from irregularities in the road surface, recognises the dynamic state of the vehicle (acceleration, wide-open-throttle, braking or cruising) and adapts the suspension setup accordingly in real time to maximise comfort and maintain vehicle stability.

The new Aprilia Caponord 1200 Rally will be available in European markets from January 2015. 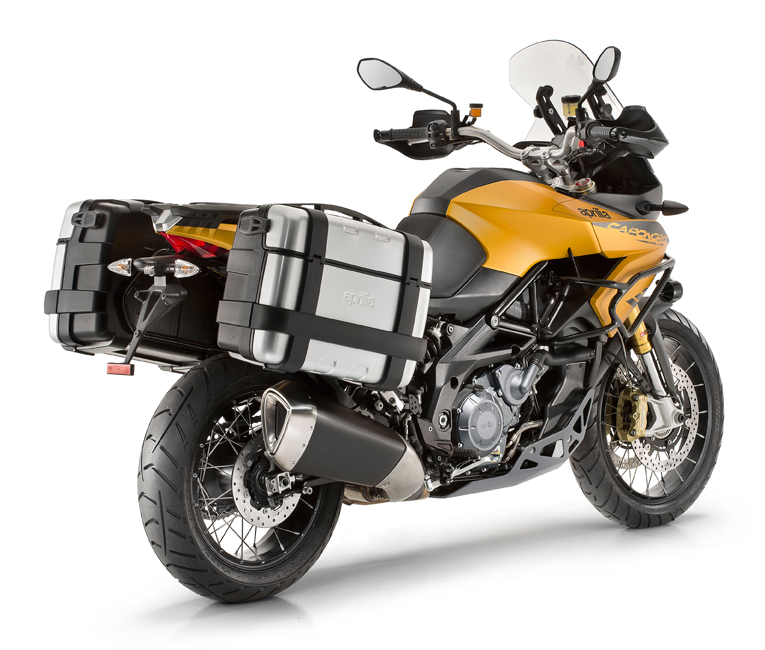