Miami (USA), 14 March 2012 – The Piaggio Group is to open an Advanced Design Center in the USA, in Pasadena, California. The announcement was made yesterday in Miami by Group Chairman and CEO Roberto Colaninno, during the Piaggio Group Americas convention attended by more than three hundred US and Canadian dealers and the Piaggio Group distributors based in South America. 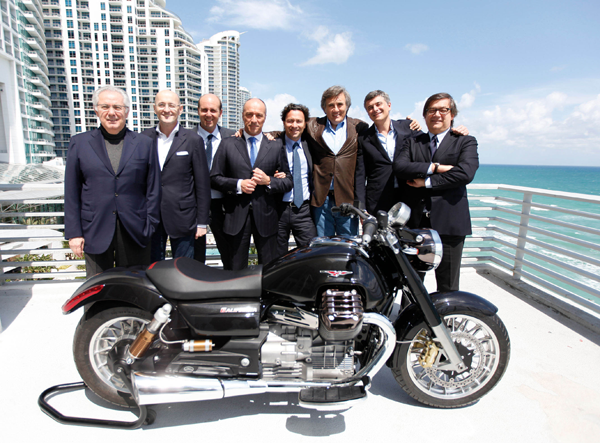 The Piaggio Group Advanced Design Center will be headed by Miguel Galluzzi, a designer born in Argentina and raised in the USA, whose projects in Italy include some of the most celebrated motorbikes of the last twenty years: the Ducati Monster, the Cagiva Raptor, the Aprilia RSV4, winner of the 2010 Superbike World Championship, and the brand new Moto Guzzi California 1400, due to be launched on the market in the fall of 2012. The California center will work closely with the Piaggio Group Style Center headed by Marco Lambri, and the Group R&D centers in Italy, China, India and Vietnam.

“Setting up a research center in California opens a window on the changes that will be taking place in our society, way of life, and urban and metropolitan mobility models in the next few years,” said Roberto Colaninno. “This year we are ramping up our international growth,” added the Piaggio Group Chairman and CEO, “and consistently with the expansion of our industrial and commercial operations around the world, we are also implementing an “intelligence globalization” policy to create an international system of competences and research in the areas of product marketing and style. A few weeks ago, our Mantua location opened a product marketing center with a team of young marketing managers from all the Piaggio Group European and Asian locations. The new Advanced Design Center in Pasadena will be working not only at the cutting edge of style developments, but will also be cooperating with the world’s top universities and research centers.”

During the Piaggio Group convention in Florida, Roberto Colaninno and Miguel Galluzzi provided the Piaggio Group Americas dealers with an overview of research and development in mobility technology. Work in the Pasadena center will cover all Group product lines and include projects studying solutions employing new energy accumulation technology and aerospace materials, for development of innovative emission-free engines using alternative energies. 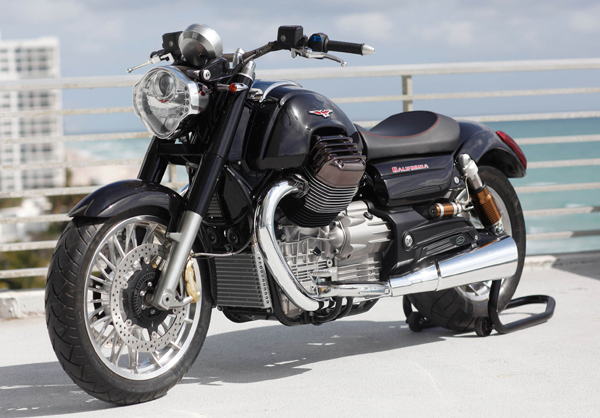 The Piaggio Group Americas convention provided the stage for the American preview of some of the most important motorcycles due to be making their market debuts in 2012 and 2013. The bikes include the new maxi enduro Aprilia Caponord 1200 and the Moto Guzzi California 1400, a stunning “cruiser” scheduled for a fall launch – with an international press launch in the USA – with the name of a bike that established Moto Guzzi as a worldwide brand. The event was attended by the Aprilia riders in the 2012 Superbike World Championship, five-times world champion Max Biaggi – the current leader in the SBK champions table – and Northern Ireland’s Eugene Laverty.

In 2011, the various versions of the Vespa LX notched up more than 5,300 shipments in the USA, becoming the best-selling European two-wheeler in the USA. In 2011, the Piaggio Group also reported 26% growth in sales on the US motorcycle market; in Canada, Piaggio Group Americas raised its scooter market share to 28% and reported a 103% increase in sales volumes on the Canadian two-wheeler market (scooters and motorbikes).