Piaggio Fast Forward (PFF), a major innovation project by the Piaggio Group, the European leader in two-wheeled vehicles and the most prominent global player among western manufacturers, as well as a key presence in the light commercial vehicle sector, was introduced to an audience of more than one thousand university students - with about another thousand young people connected over streaming video. One of the most historic and prestigious names in Italian industry, Piaggio was founded in December 1884. 2015 is its 130th year of life.

Piaggio Fast Forward (piaggiofastforward.com) was created in 2015 as a new company established and owned by the Piaggio Group and its purpose is to come up with a new way of conducting research, with the aim of interpreting the signs of change and coming up with intelligent solutions to the problems and the new demands of the future. PFF is based in an outstanding location: Cambridge (Massachusetts, United States), where research, university, visions of the future, technology and enterprise come together and have a positive impact on one another.

The first event presenting this project was held on 2 October 2015 in Milan, with a meeting entitled The Shape of Things to Come which involved an audience – physically in the Milan "The Mall" space, and via streaming all over the world – of thousands of university students. The meeting was attended by the Piaggio Group top executives, with Roberto Colaninno, CEO and MD of the Group, the Group Vice President Matteo Colaninno and Michele Colaninno, MD and GD of the Immsi Group, a holding of the Piaggio Group, where he is on the board of directors.

The Piaggio Fast Forward Advisory Board is made up of Roberto Colaninno, Nicholas Negroponte, Doug Brent and Jeff Linnell from Google, founder of Bot & Dolly.

The resource PFF starts out with is the quality of the minds on its team: brilliant young students from Harvard and MIT, coordinated by Beth Altringer and Sasha Hoffman.

All of the speeches given on 2 October can be seen at this page.

Integrating innovative technologies and coming up with future transportation projects, PFF aims to study new mobility platforms to respond to the challenges of the rapid changes now taking place in the world. This challenge takes place in a world in ongoing development and with a growing complexity of big urban centres that are destined to become megalopolises with populations in the tens of millions in the years to come, facing the issue of how to transport people and cargo, to be developed while respecting the environment and improving the quality of life of the citizens of our planet.

PFF believes that bringing together very different minds, with multicultural experiences and origins, to talk about things together can lead to a more complete vision of how the world is destined to evolve in the area of mobility in the years to come. Piaggio Fast Forward is a workshop for ideas that doesn’t fit into the engineering schemes typical of industry, which will be capable of providing new keys to the interpretation of problems in transportation, opening up a whole range of new opportunities unknown to us now in the world of conventional mobility.

Piaggio Fast Forward sees innovation as the path to sustainable development of the economy.

Piaggio Fast Forward is an ambitious project that will help the Piaggio Group develop, in concert with its own Research and Development Centres all over the world, increasingly high-tech, innovative products which respond to consumers’ changing needs: the key to all future development.

At the same time, the Piaggio Group will contribute to Piaggio Fast Forward the international reputation it has built up in its 130 year history, not only through production and distribution all over the world of products such as Vespa – a brand that has achieved world-wide success with more than 18 million vehicles sold so far all over the world – but also and above all with its direct industrial presence in Europe, China, India and Vietnam, its deep knowledge and profound respect for its employees and consumers, cutting-edge design and deeply rooted business culture developed in loyal cooperation with local communities.

The Piaggio Group, the first to come up with the concept of light mobility, is now a world leader in the development and construction – with consistent, constant commitment – of some of the world’s most technologically advanced vehicles for individual travel, demonstrating respect for the environment with new generation engines that balance sustainability, efficiency and control of consumption.

With the aim of developing innovation, the Piaggio Group has decided to launch and support Piaggio Fast Forward: a great laboratory for forward-looking, open minds. A plural, multicultural, multidisciplinary project combining history, research, design and industry.

"The future predicted, anticipated and shared on a morning in Milan."

"On behalf of the students attending today: THANK YOU! All speeches were inspiring and enlightening. Look forward to other events like this."

"SEFUL! A great event providing food for thought. Thank you Piaggio for inviting us"

"As in a brainstorm, capture the best ideas for a smart society and Piaggio must go straight in this direction, because the way in which we connect physically will change. The way people connect on a physical level affects their productivity."

"Negroponte made me daydream. Thank you!"

"Very interesting event! Why don’t you think about a multisciplinary project in collaboration with universities?"

"A really awesome event! Inspiring and full of great ideas for those who, like me, still have to start a career"

"Fantastic event and very interesting speeches, made by equally interesting personalities. Thanks for the opportunity"

"Why not found a university dedicated to the future created by Piaggio?"

"It was amazing to see and listen to such great minds plan together a better future for society. Thank you so much for the inspiring words and life lessons. I’m leaving this event feeling enriched"

"Thank you PFF! An eye-opening event delving into extremely interesting topics. I was blown away by Negroponte’s speech"

"Curiosity, hybrid devices, passion, expression, access. You give voice to a future for everyone on behalf of everyone. Thank you"

"Prominent speakers, extremely brilliant minds, a group of enlightened personalities, inspiring thoughts and strong emotions. Congratulations for the initiative, the most interesting conference I’ve ever attended. LET’S MAKE THE DIFFERENCE. Thank you"

"Great event. When the next? "

"Innovation, creativity, open-mindedness... the keys to success! Thanks to the speakers and organisers of this extremely inspiring event!"

"Pure inspiration, thanks for this window on the future!"


Piaggio Fast Forward - Board of Advisors

Nicholas Negroponte
Nicholas Negroponte is the co-founder (with Jerome B. Wiesner) of the MIT Media Lab (1985), which he directed for its first 20 years. A graduate of MIT, Negroponte was a pioneer in the field of computer-aided design and has been a member of the MIT faculty since 1966. He gave the first TED talk in 1984, as well as 13 since. He is author of the 1995 best seller, Being Digital, which has been translated into more than 40 languages. In 2005 he founded the non-profit One Laptop per Child, which deployed $1 billion of laptops for primary education in the developing world. In the private sector, Negroponte served on the board of directors of Motorola (for 15 years) and was general partner in a venture capital firm specializing in digital technologies for information and entertainment. He has personally provided start-up funds for more than 40 companies, including Zagats and Wired magazine.

Doug Brent
Doug Brent joined Trimble as vice president of Technology Innovation in July 2011. Mr. Brent has a twenty-five year record of management and leadership in high technology companies in Silicon Valley. Prior to Trimble, Mr. Brent served as Chief Operating Officer at ICANN from 2006 to 2010. Prior to his role at ICANN, he was the Chief Executive Officer of Packet Design Inc. from 2002 to 2005. Before Packet Design, Mr. Brent was vice president of engineering at Andes Networks, and vice president of engineering at Whistle Communications. When IBM acquired Whistle, he joined IBM as general manager for small business services, Global Small Business Division. Mr. Brent has also held executive and engineering management positions at Taligent (an Apple/IBM/HP joint venture) and Apple Computer. He has a B.A. from University of California at Santa Cruz and an M.B.A. from the University of Southern California.

Jeff Linnell
Jeff Linnell brings an unorthodox approach to robotics. Part cinematographer, part Creative Director and part self-taught engineer, Linnell, founded Ultraviolet (now UV Phactory), A digital design and production studio, and began a multi-discinplinary career merging the three. His work led him to San Francisco where he founded both Autofuss & Bot & Dolly, a design/production company and an engineering studio specializing in automation, robotics and film. Bot & Dolly developed proprietary software with the goal of making robotics accessible to humans, enabling artists in all forms to use them as a comfortable extension of their workflows. This culminated in filming the 2013 blockbuster Gravity, as well as the short film Box, both of which garnered Bot & Dolly many awards and accolades. In addition to exploring the nexus of entertainment and technology, Bot and Dolly is well regarded as an automation leader in the emergent field of Digital Fabrication. Most recently, Jeff has continued focusing on the human/machine interaction and currently works as Head of Product at Google robotics. 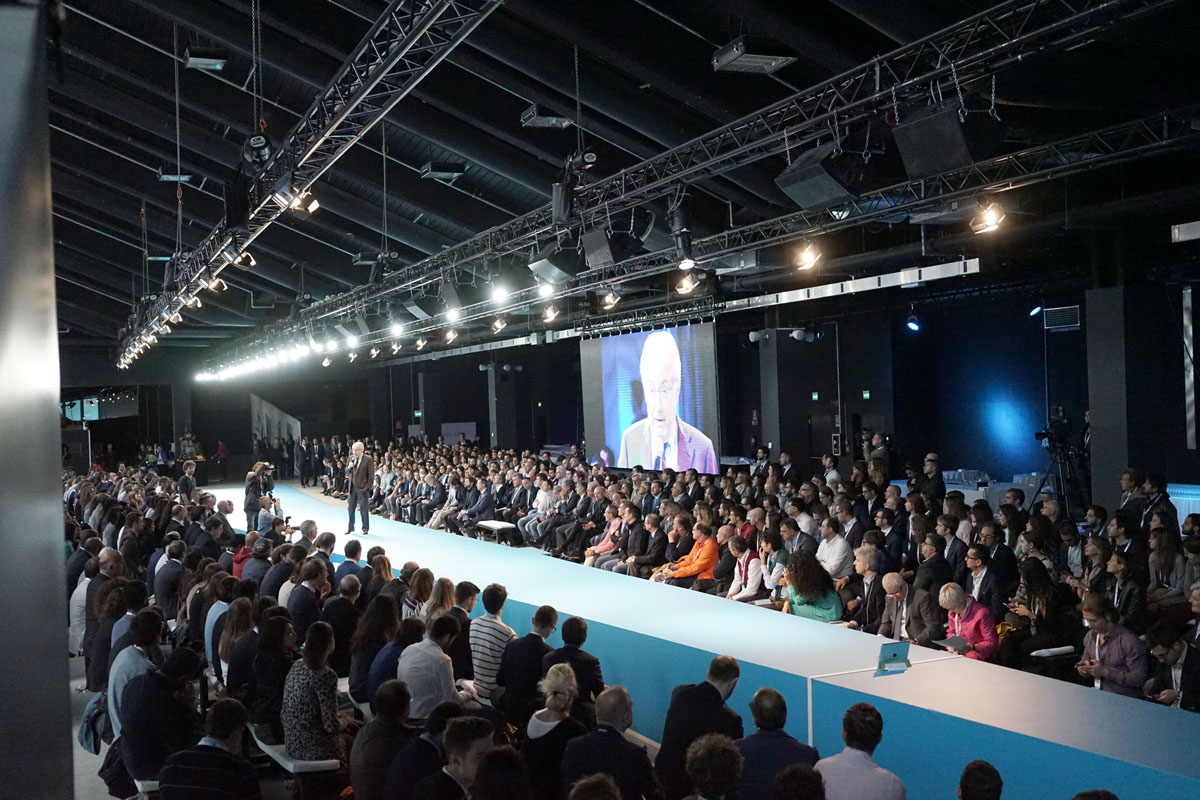 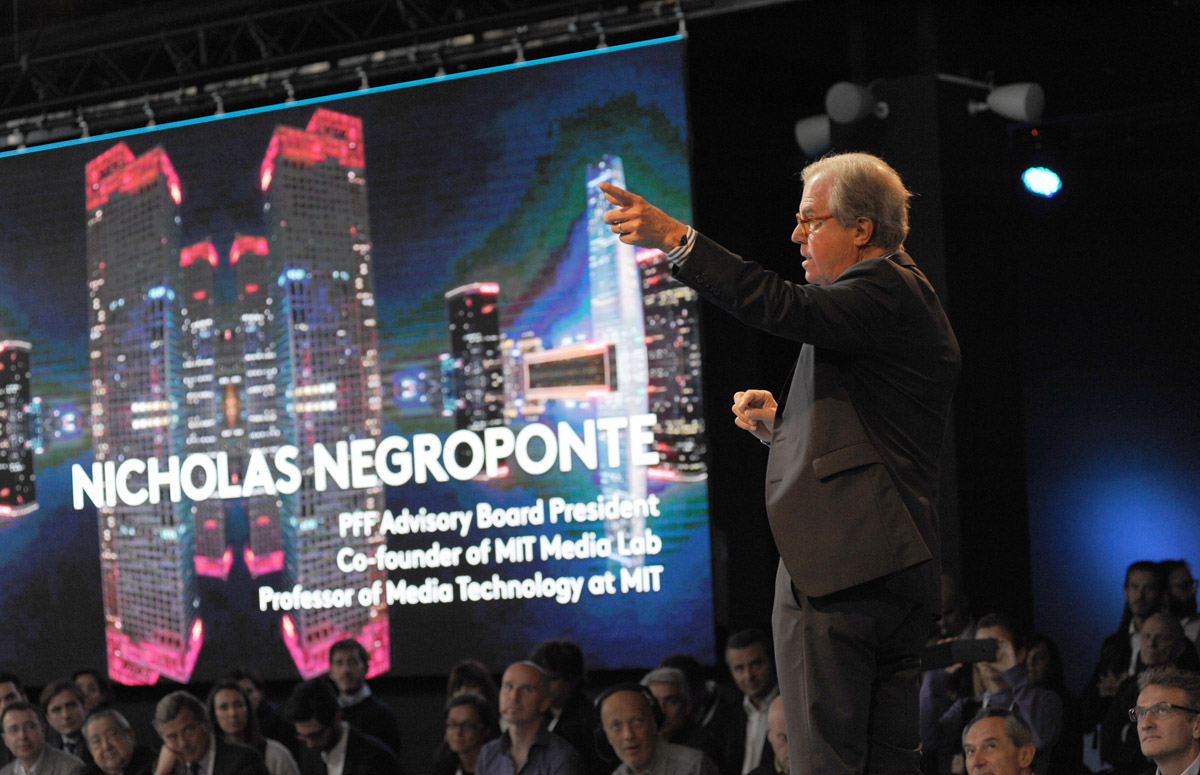 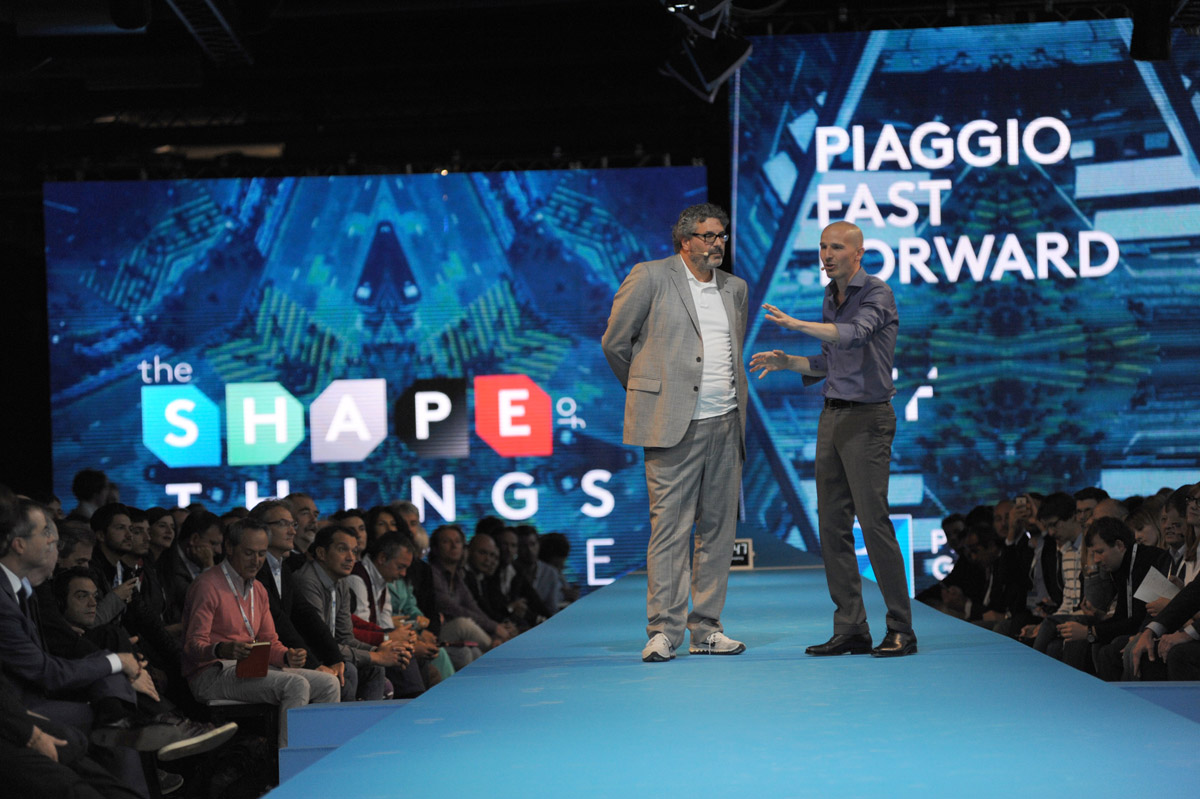 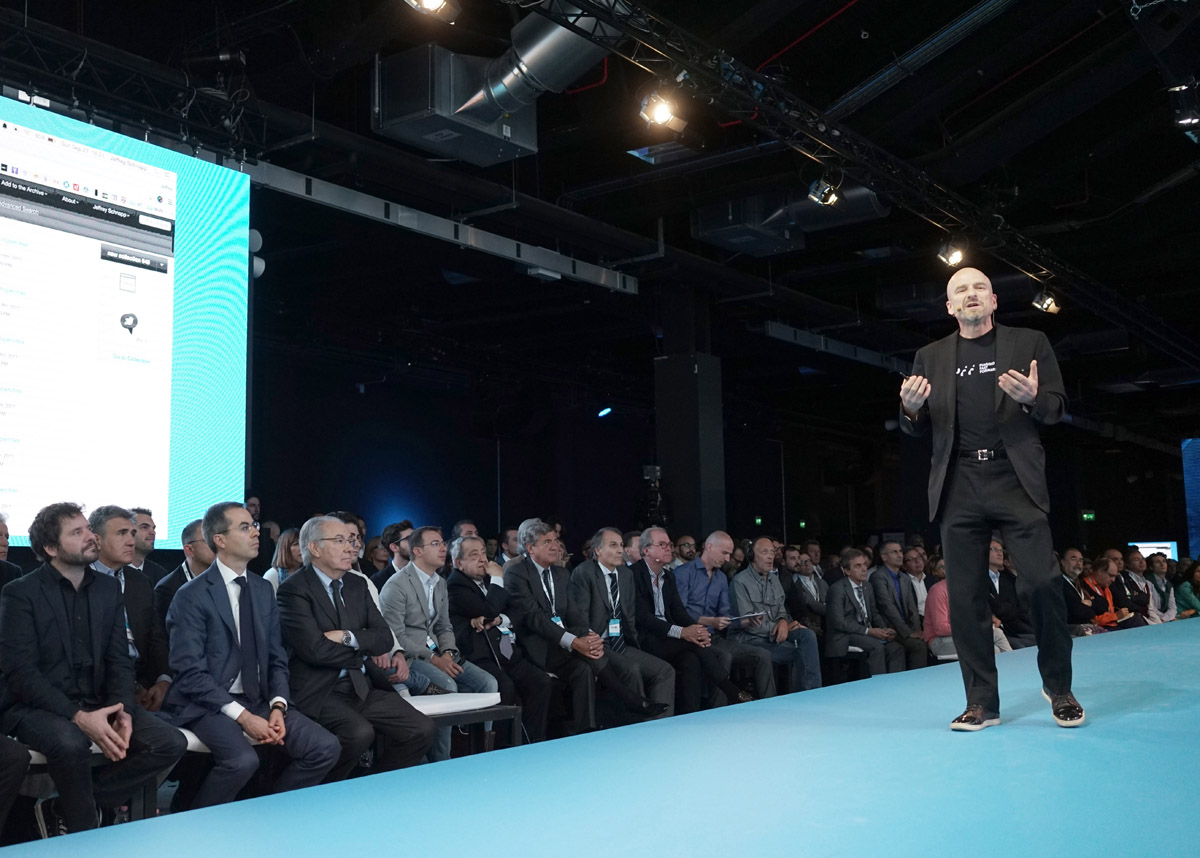