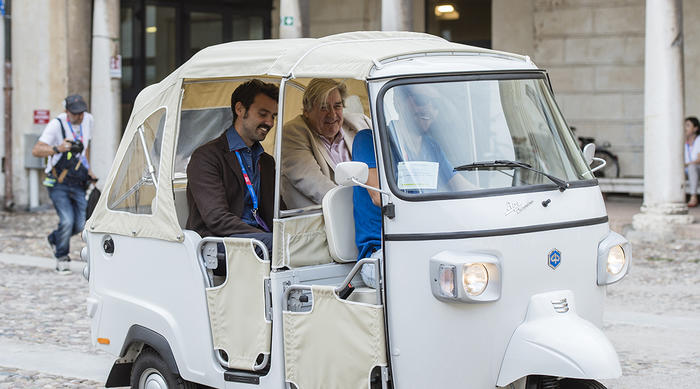 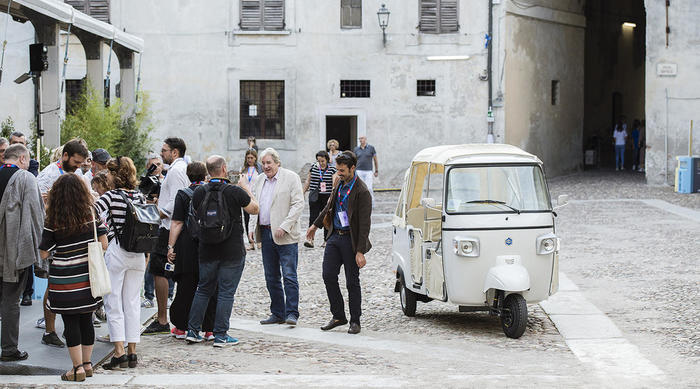 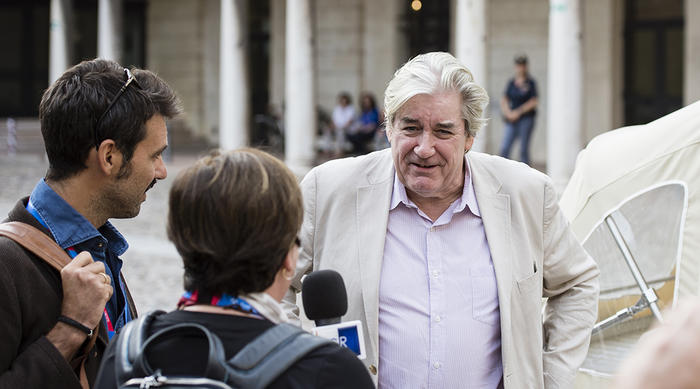 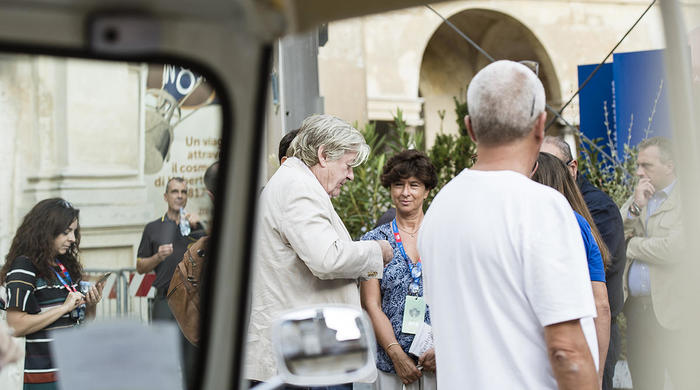 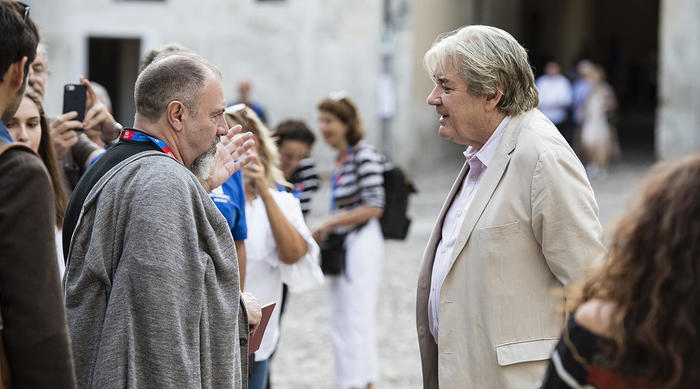 Like every year, the Piaggio Group is one of the sponsors of the Festivaletteratura di Mantova (Mantua Literature Festival), supporting in particular the meeting with English author Patrick McGrath, scheduled for Friday the 7th, at 5:30 PM at Palazzo Ducale, in Piazza Castello.

Festivaletteratura is an event characterised by cultural fun: five days of meetings, laboratories, thematic paths, concerts and shows with the participation of internationally acclaimed narrators and poets, essayists, artists and scientists from all over the world, according to a wide and curious meaning of literature. It has been held every year in Manuta since 1997. The 2018 edition opened on 5 September and will continue through the 9th.

Patrick McGrath with Carlo Lucarelli. UNTIL READING ME MAD.

“Exactly twenty years have passed since Patrick McGrath's first appearance on the stage of Festivaletteratura: it was just after Asylum had been released, a novel with which the English author managed to move up in the global ranks. The author of The Wardrobe Mistress and Trauma continues his literary musings in the darkest meandering corners of the mind through unsettling love stories in constant balance between lucidity, obsession and madness. His childhood in close contact with the Broadmoor criminal asylum - where his psychiatrist father worked - certainly contributed to stimulating his curiosity for those capable of “losing control of their heart”, leading him to investigate on the pages of his works the passion that accompanies the psychosis in a constant fluctuation in tone that ranges from Gothic to psychological thriller. Along with Carlo Lucarelli, McGrath explains why a “destabilised” mind often frightens, but at the same time attracts us”.