Less than 48 hours after Aprilia's triumph, breaking the bank in the 2014 WSBK championship with a thrilling finale on the Qatar circuit to take both the Rider title with Sylvain Guintoli and the Manufacturer title with the RSV4s, the Piaggio Group is at the opening of the EICMA 2014 show with a range of extraordinary new products in the bike world.

In fact, the Aprilia and Moto Guzzi brands are key players at the most important global event for the motorcycle industry, one being the emblem of cutting-edge technology and sportiness, the other a symbol of elegance and Italian motorcycling tradition.

Aprilia, with 54 World Championships under its belt to make it one of the most victorious brands in the world, expands its range of bikes powered by the exclusive V4 engine. This is a unique powerplant that has marked Aprilia's domination in WSBK whilst providing street bikers with unique performance.

Moto Guzzi, firmly rooted in its values as an Italian brand, takes on new challenges and explores new market segments. Built around the impressive 1400 engine, powerful and attractive bikes are born to place the eagle from Mandello on the cutting-edge of technology and style.

EICMA 2014 is also a chance for the Piaggio Group to show the results of their continuing propensity for research aimed at developing new forms of mobility. Out of this unique heritage of style and technology, today a new vehicle is introduced, a completely new project intended to meet the most evolved needs and the most advanced mobility trends, exploring new and advanced forms for better integration between user and mechanical vehicle, and between the vehicle and the environment. 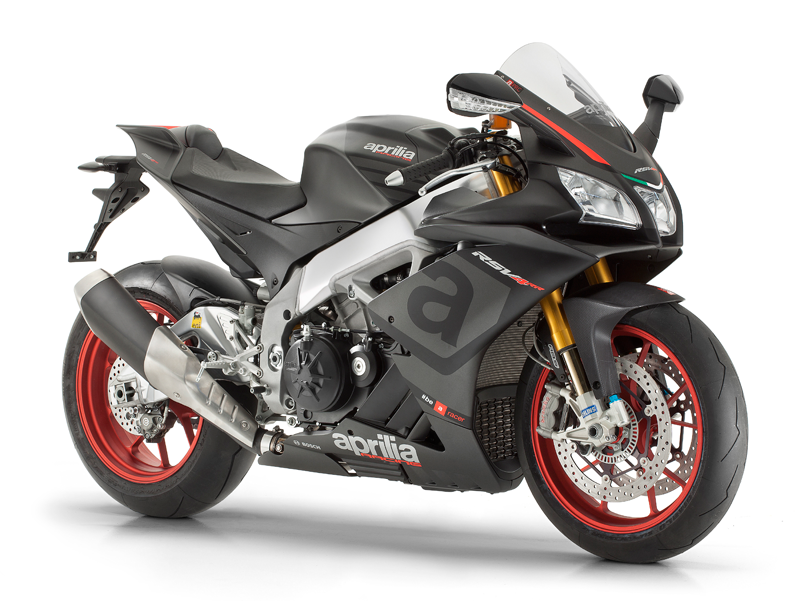 This is the new generation of the Aprilia RSV4, winner of 7 world championship titles in 5 years of WSBK. It has a new fairing design and a new 65° V4 engine with more than 200 HP. The chassis has also been revamped. The aPRC electronic control systems package now has even more advanced logic, representing the absolute best any rider could desire. 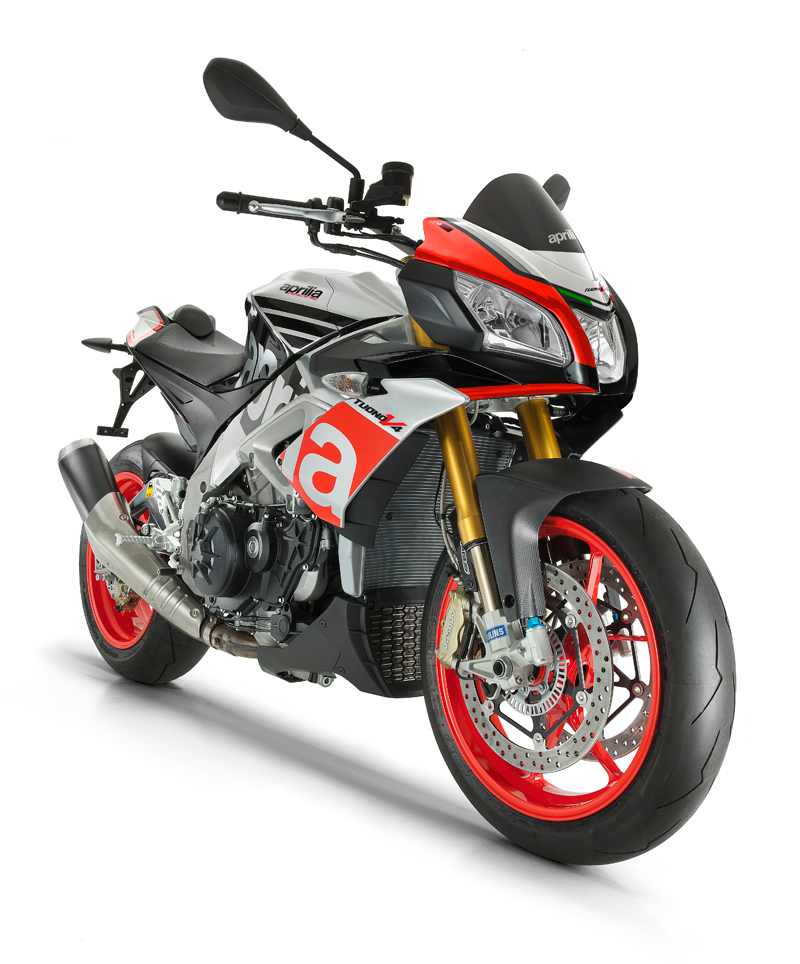 Aprilia's supernaked has been completely revamped, becoming not only powerful and fast but first and foremost more fun and easier to use on the road. Available in two versions (RR and Factory), it mounts the exclusive 65° V4 which has now been increased in engine capacity to 1100 cc, with 175 HP and 120 Nm of torque. Latest generation electronics, Race ABS and a revamped chassis make the Tuono V4 110 the most advanced and efficient sport naked in the world.

Available for the Aprilia Tuono V4 1100 and the Aprilia RSV4 RR is a further evolution of the Multimedia Platform that allows you to connect your smartphone to your bike and program the electronic controls turn by turn on the circuit for an even more efficient and effective ride. The data can be recorded and the rider's performance can be graphically displayed to help improve lap times.

Thanks to collaboration between the Piaggio Group and Skully (an American Heads-up display helmet manufacturer) complete integration will be possible between the functions of the Piaggio Multimedia Platform and the most advanced heads-up display technology. To manage all the information that the PMP can provide – even using voice commands with the helmet on – without ever taking your hands off the handlebars. 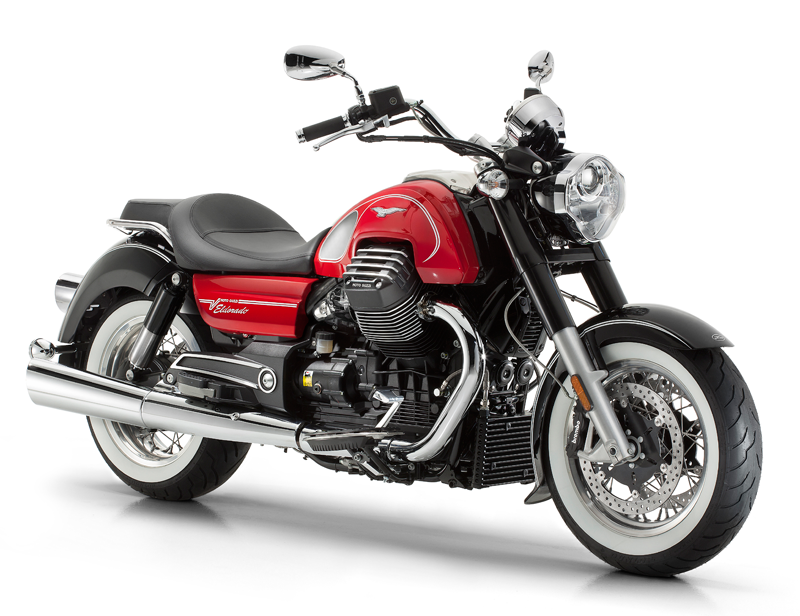 Moto Guzzi Eldorado is the modern and luxurious interpretation of the unforgettable850 that made its fortune in the States in the late '60s. A powerful 1400 V-twin engine, cruise control, 16” spoked wheels, fuel tank with chromium sides, oversize saddle, rear mudguard with gem-shaped taillight, bullhorn handlebar, passenger grab handle: details that make a difference. 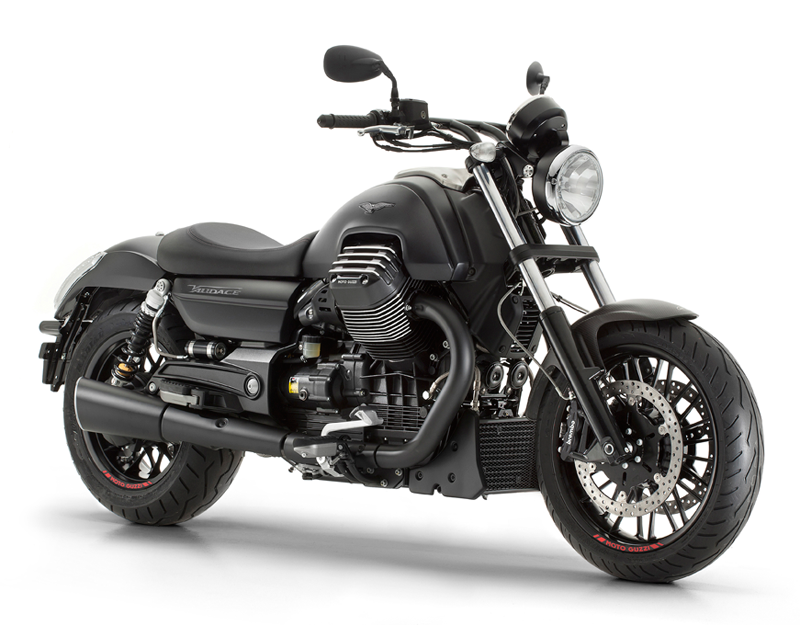 Ostentatious, muscular and fierce, the new Moto Guzzi Audace can be picked out immediately by its front end, thanks to its circular headlight unit and carbon mudguard. The drag handlebar is also new which, thanks in part to the forward position of the footpegs and the different seating level, creates a more stretched out and more dominating riding position. The 1400 cc "Made in Mandello" 90° V-twin has a new exhaust system and is now even more lively at high revs. 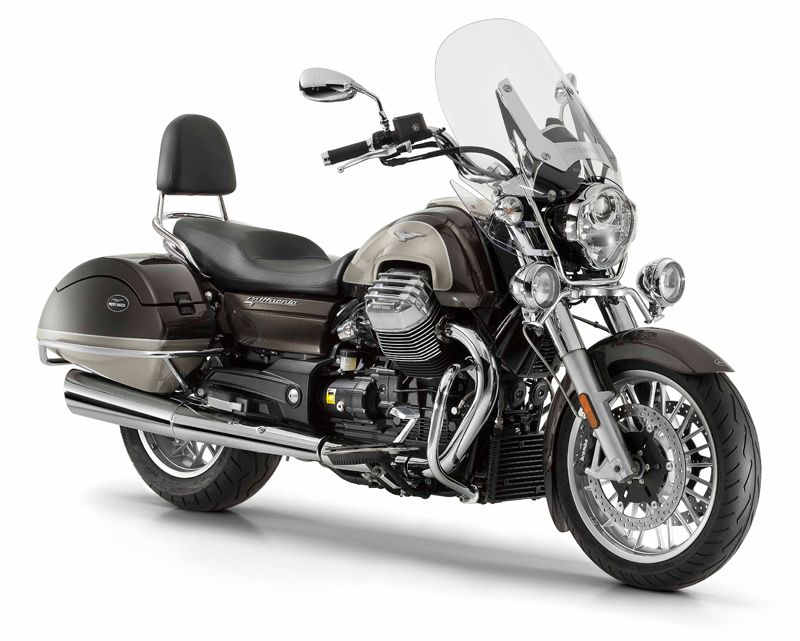 The California 1400 Touring will be available in 2015 in the new S.E. version. Characterised by a new two-tone graphic, this version, which has a built-in passenger backrest and grab handle, emphasises the virtual continuity with the Guzzi heritage. The California is an open invitation to travel, thanks in part to its large 35 litre capacity side panniers, cruise control and the vibration dampening action of the elastic-kinematic mounting system for its 1400 cc engine. 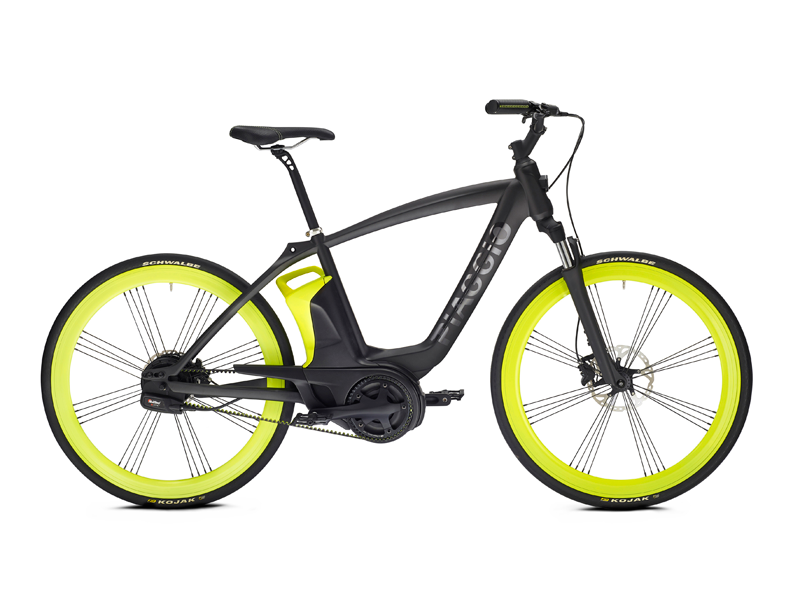 Electric Bike Project goes beyond the concept of a pedal-assisted bicycle. It is a means of transportation that interprets the most progressive mobility demands. The heart is a 250W-350W electric power unit designed entirely by Piaggio. The anti-theft security system is exceptional, as well as the reliability of the on board systems and the lithium ion battery. And with the new Piaggio Multimedia Platform the opportunities for user/vehicle and vehicle/environment interaction multiply exponentially. 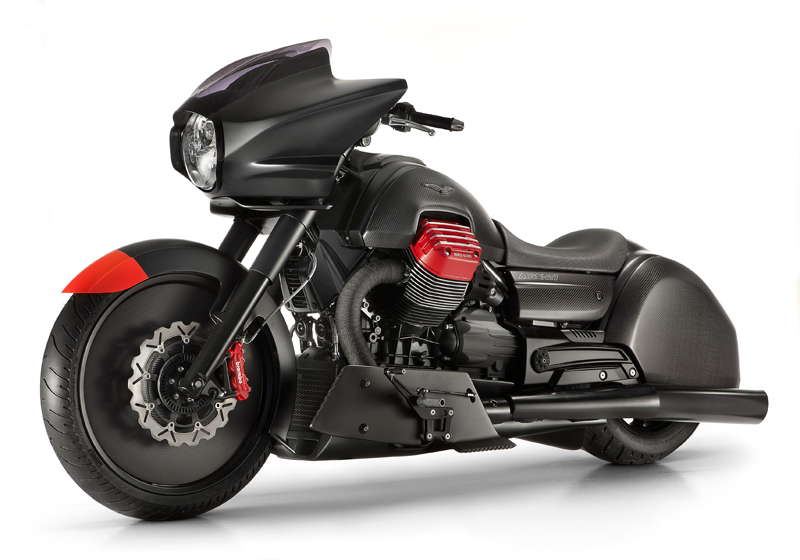