ROBERTO COLANINNO: “A GLOBAL SUCCESS, FOUNDED ON THE ABILITY TO IMAGINE THE FUTURE” 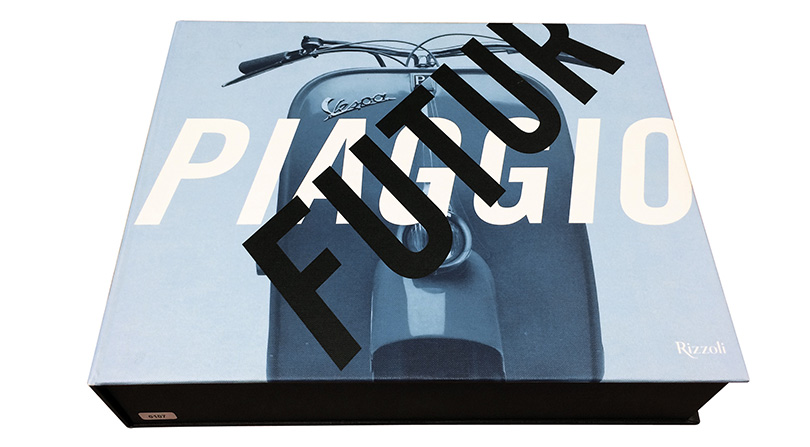 Presentation in Milan of FuturPiaggio - 6 lezioni italiane sulla mobilità e sulla vita,  a prestigious book with a sophisticated futuristic design, which looks back over the history  of the company and its brands and forward to their future

Mobility past, present and future in a journey through the challenges faced by a great industrial group in a story covering three centuries

Milan, 23 March 2017 – The Piaggio Group today celebrated its 130th anniversary with an event at the Vetra Theatre in Milan, attended by Chairman and CEO Roberto Colaninno. The celebration was packed with significant moments, and offered a window on the future of today’s leading European player in light mobility. Those present included Jeffrey Schnapp, author of the book FuturPiaggio and AD of Piaggio Fast Forward, and Stefano Belisari, aka Elio, the front man of “Elio e le Storie Tese”, who has always had a passion for classic Piaggio vehicles.

Since the company was established in the second half of the XIX century, its history has been interwoven with the extraordinary economic, civil and cultural growth of Italy and Europe. With the creation of the Vespa scooter, and having designed and produced a wide variety of cargo and passenger vehicles, Piaggio has become a worldwide symbol of Italian industry, revolutionising the concept of mobility, a synonym of freedom, on a number of occasions. 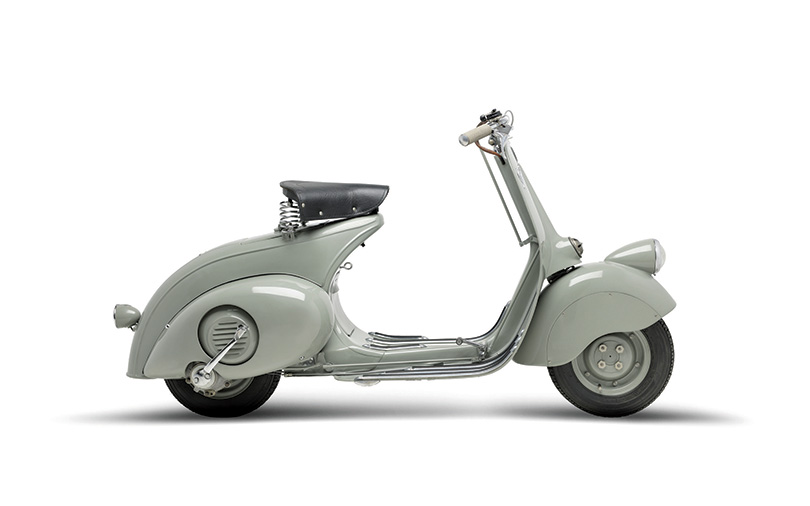 The Milan event was the occasion for the presentation of the book FuturPiaggio – 6 lezioni italiane sulla mobilità e sulla vita moderna [FuturPiaggio – 6 Italian lessons on mobility and modern life], a luxury book published in a limited numbered edition by Rizzoli. The volume has a unique and extremely sophisticated graphics design, inspired by an example of excellence in the history of publishing, Fortunato Depero’s bolted book from 1927, a clear reference to the Group’s industrial vocation and innovative spirit. 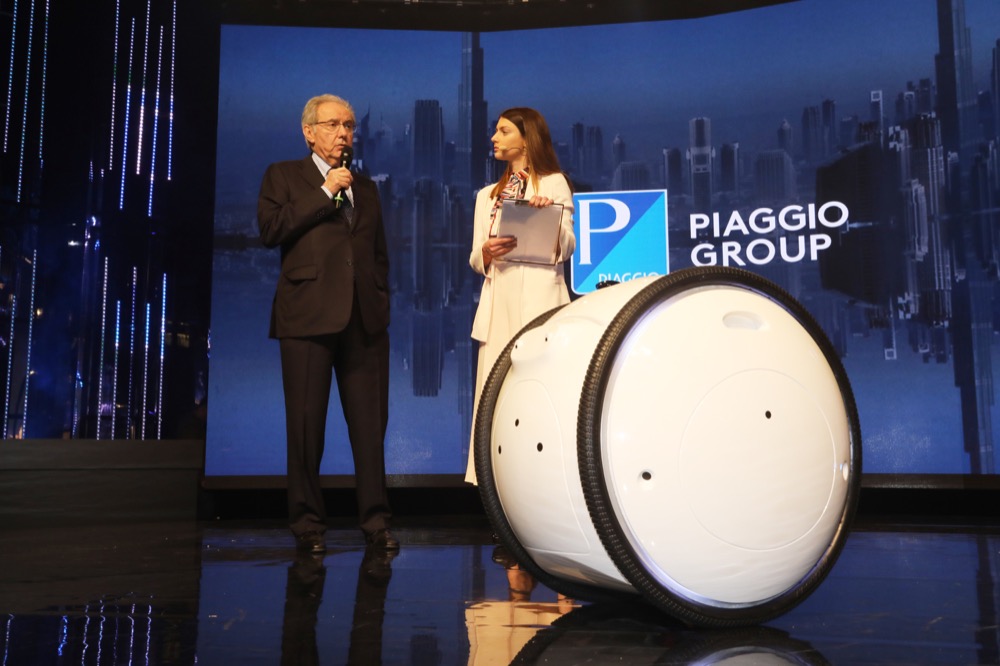 FuturPiaggio looks at milestones in the history of Piaggio, examining its most iconic products and the story of its men and brands (Vespa, Piaggio, Gilera, Moto Guzzi, Aprilia, Derbi, Scarabeo and Ape), names with a rich history and always at the cutting edge of innovation. A story now projected towards the future thanks to Piaggio Fast Forward, the Group company based in the USA, which has unveiled a new concept in mobility with innovative projects such as Gita and Kilo, the smart cargo robots presented in Boston a few weeks ago and currently under development and testing. 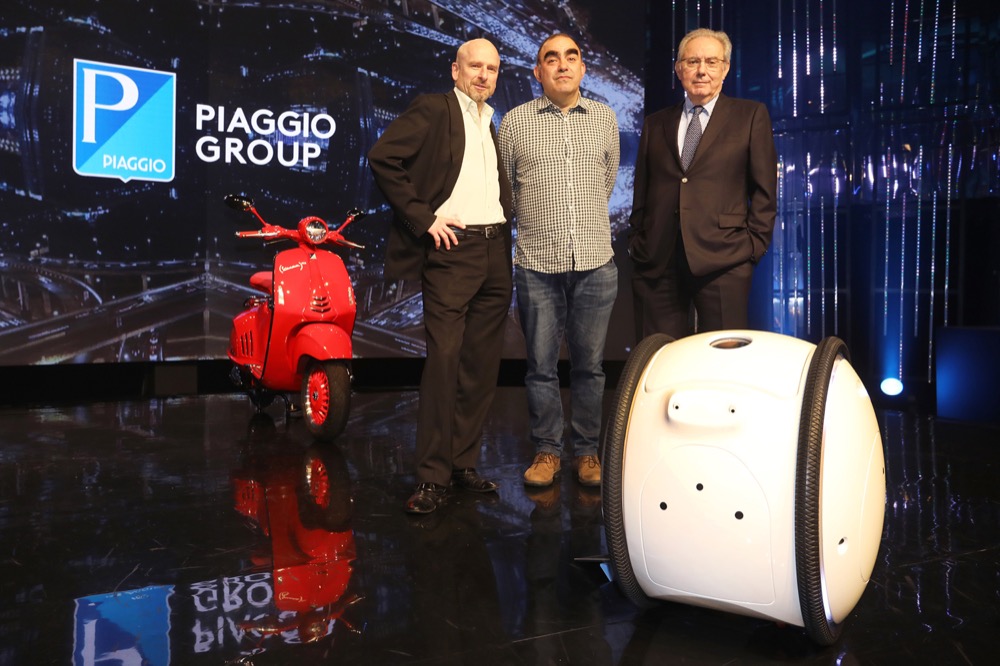 In covering the Group’s 130-year history, the book ranges from the roots of Moto Guzzi to the advanced motorcycling technology achievements at Aprilia Racing, from the creation of the Vespa to the worldwide success of the Piaggio brand as the Group expanded on the international stage. The pre-war period also has an important place and, like the other sections of the book, is illustrated with fascinating archive images, many never previously published, which recount an often surprising story. 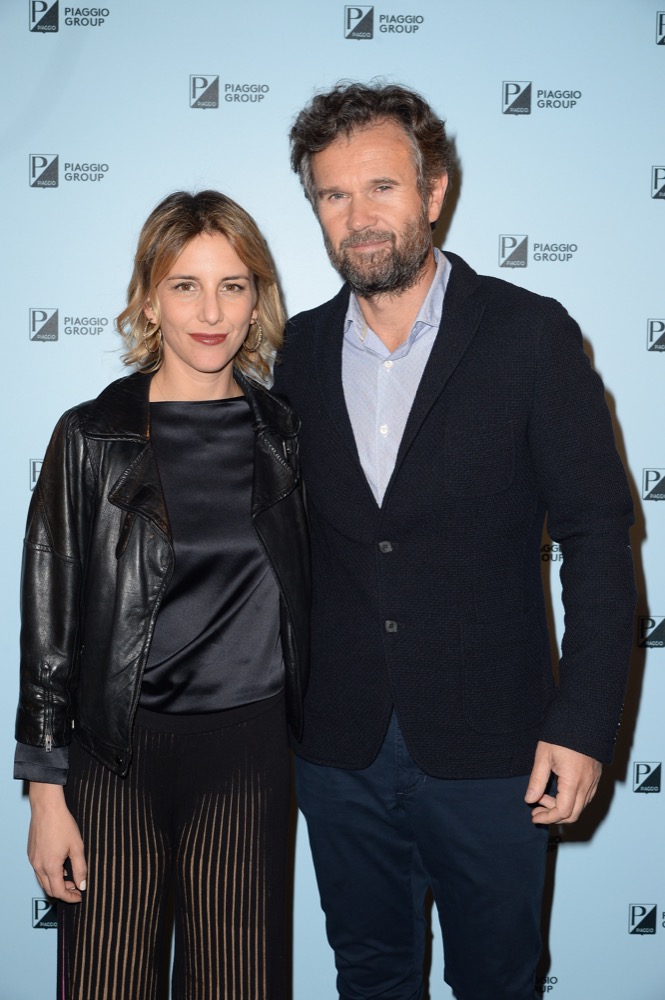 At the same time, the luxury book also takes a look at the future, without neglecting the challenges awaiting the Piaggio Group as it prepares to confirm its role as a leader in the new age of mobility, or "movibility", as the book’s author, Jeffrey Schnapp (Professor of Romance Literatures and Comparative Literature at the Department of Architecture and Design at Harvard), calls it in a Manifesto set out in the publication. 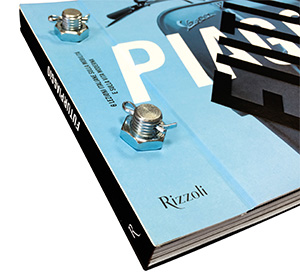 Piaggio was founded in the highly productive climate of Italy’s industrialization, fast becoming one of its leading actors and aligning its industrial development with the country’s extraordinary economic and civil growth. In the post-World War Two period, and after having concerned itself with the design and production of the most diverse forms of the transport of goods and people, Piaggio took its name and that of its products around the world, thus becoming the very symbol of Italian and European industry, linking its name to the theme of mobility that has always been synonymous with freedom. 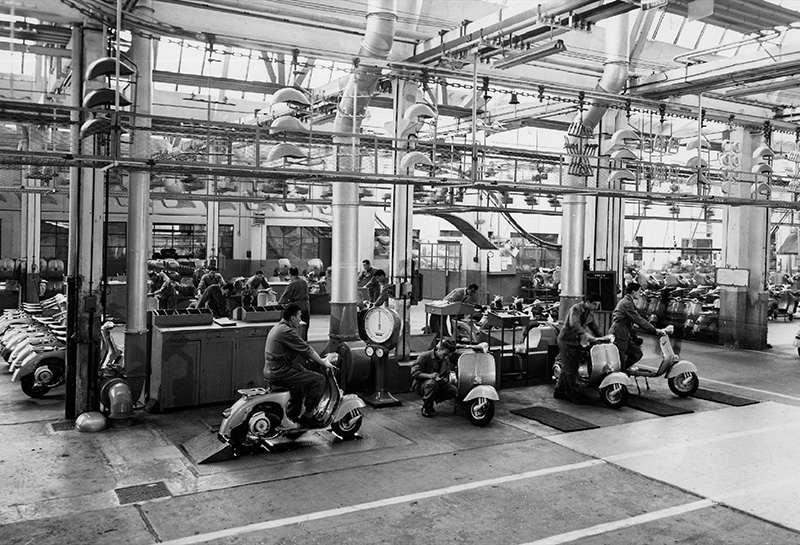 Businesses, like living organisms, have their own genetic code, an intimate trait that marks their existence, guides their actions, and, lastly, determines their fate. Piaggio has based its history and success on a love for innovation, on the capacity to imagine a future invisible to others, and to understand, interpret, and hence, satisfy people’s needs, even the needs of those who are beginning their lives today, wherever they may be in the world. It has done so for 130 years, and it continues to do so today.

Today Piaggio and its brands are actors on the global stage, providing innovative mobility solutions both in mature Western markets and in the emerging countries. Piaggio is in India, Vietnam, and China, accompanying the economic and social development of countries and populations that are the locomotive of the world, seeking solutions and new proposals to the theme of mobility to make everyone’s life, at every latitude, easier and more sustainable.

Our product range goes from small scooters to sports motorbikes, which also play leading roles on the race tracks and in the world’s top competitions, from commercial vehicles to revolutionary ones, such as the first and most widespread hybrid-powered scooter in the world, from the sumptuous motorcycles designed for endless distances to icons of elegance like Vespa, unanimously recognized as one of the symbols not only of style but also of Italian culture.

With the third millennium now under way, Piaggio is a group that operates in the world, and that distributes its points of excellence around the world, because we want to be at the forefront wherever ideas are created, wherever innovation and lifestyles are born that will influence the decades to come. For this reason Piaggio Fast Forward has its headquarters in Boston, Massachusetts, where research, the university, visions of the future, technology, and business forge positive synergies. 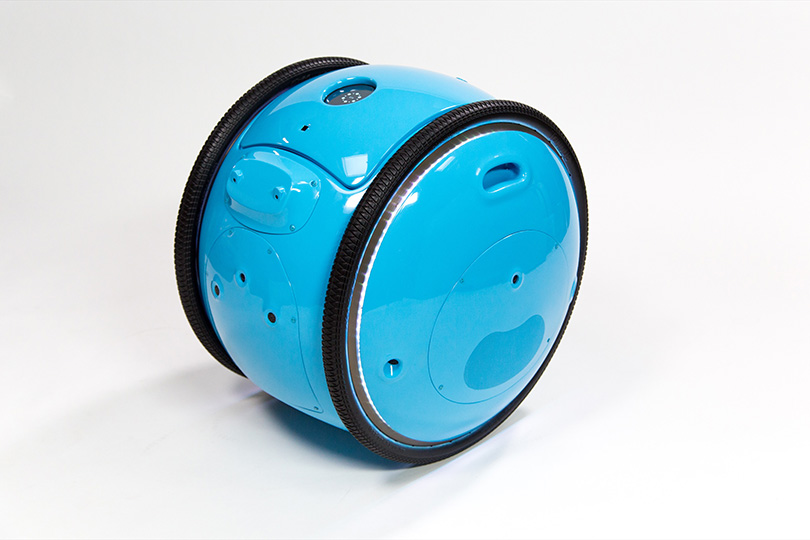 The Piaggio Group remains deeply committed to playing a leadership role in this emerging, expanding universe of mobility, where scooters, motorcycles, and other light mobility vehicles will become ever smarter, and ever more connected and interconnected. Innovation means vision and imagination as well as rigor and technical know-how.

In a few decades our planet’s population will double, and megalopolises whose dimensions we can only imagine will accommodate tens of millions of people. The challenges that these scenarios, together with the progress of new technologies, pose us are a testing ground never before faced by the human race. Mobility and therefore the social relations in these new urban environments, the eco-sustainability of complex systems like that of transport, the interaction between vehicles, networks, users, and environments, are just a few of the trials that we shall be facing in the next few years.

The challenge will be to be able to speak to the new generations, and interpret their needs that we still do not know about. In an extraordinary moment of technological, economic, and social transformation, we are called to do something different and harder than 'simply' learn from our history: we must cherish its lessons and, at the same time, continue to write it, pursuing the road of continuous innovation, following with coherence and vision the same values that underlie our work and that have guided us for over 130 years. 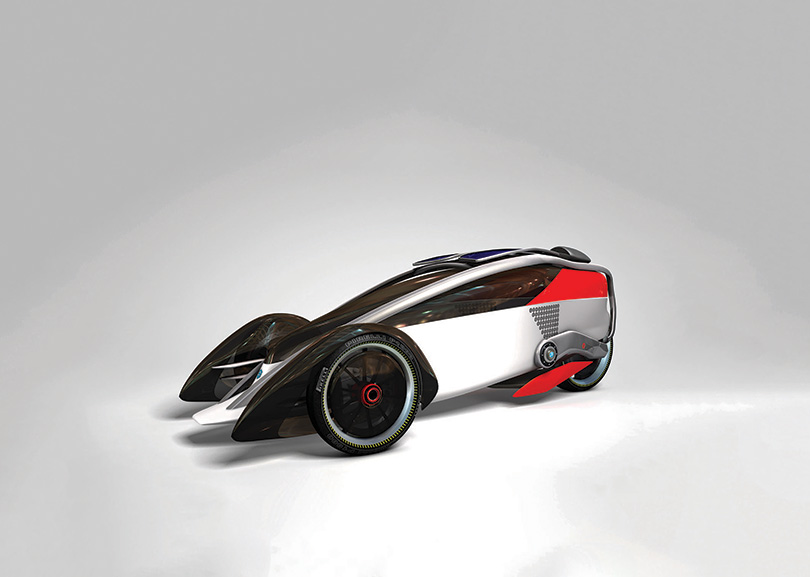