The Piaggio Group + 3 points in June market quota in two-wheelers in Italy.

From January to June 2009, unit sales to end clients and the market quota were up over the first half of 2008Pontedera, 2 July 2009 -The Piaggio Group, according to data published today by the Confindustria Ancma, recorded increases in its market quota and sales volumes in various two-wheel market segments in Italy during the month of June. Such performance takes on even greater significance given that, in June, the sector was positive once again, marking 8% overall growth in the sales of vehicle registrations (over 50cc) compared to the same month in 2008.

The overall market quota of the Group during the month of June 2009 reached 32.3%, with an increase – according to Confindustria Ancma figures – of 3 percentage points over June 2008.

This growth is due mostly to sharp increases in the licensed scooter segments (35% of the market quota, +3.6 percentage points over June 2008) and 50cc scooters (June quota of 50.5%, +1.4 points over the same month in 2008), thanks to the success of new models recently launched in these segments under the Vespa, Scarabeo, and Piaggio brand names. The Piaggio Beverly 300 Tourer was the absolute best-seller for the month of June on the Italian market; while the Group saw Piaggio Beverly and Liberty, Scarabeo, and Vespa GTS and LX number among the “Top 10” in the over 50cc family. 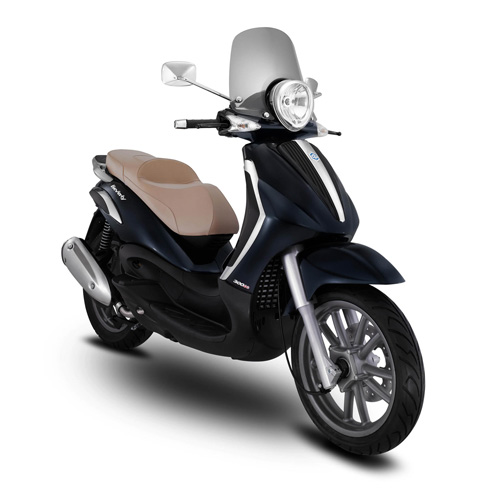 In June, the Piaggio Group also completed the “sell out” recovery (sales to end clients) in Italy. During the first 6 months of 2009, these figures were slightly higher than the first half of 2008, with volumes of more than 85,000 units and an increase of 1%. 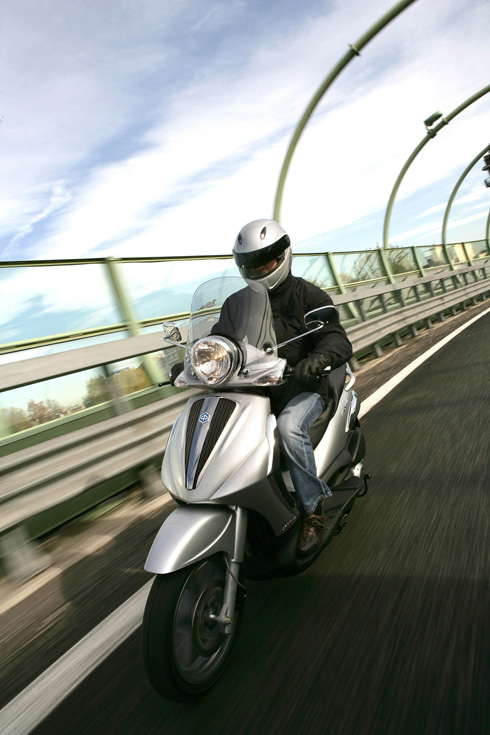