NEW PACKAGES WITH ABS AND ESC AS STANDARD EQUIPMENT. PRICES STARTING AT 12,688 EURO

PIAGGIO GROUP: FROM JANUARY TO SEPTEMBER 2015 COMMERCIAL VEHICLE TURNOVER IS UP 10.7%

The 2016 versions of the two Piaggio commercial vehicles, Porter and Porter Maxxi, are full of technological and engine innovations and become higher performance, environmentally friendly and more fuel economical: in fact, thanks to the new Euro 6 MultiTech petrol engine they have increased performance and decreased harmful emissions and fuel consumption. 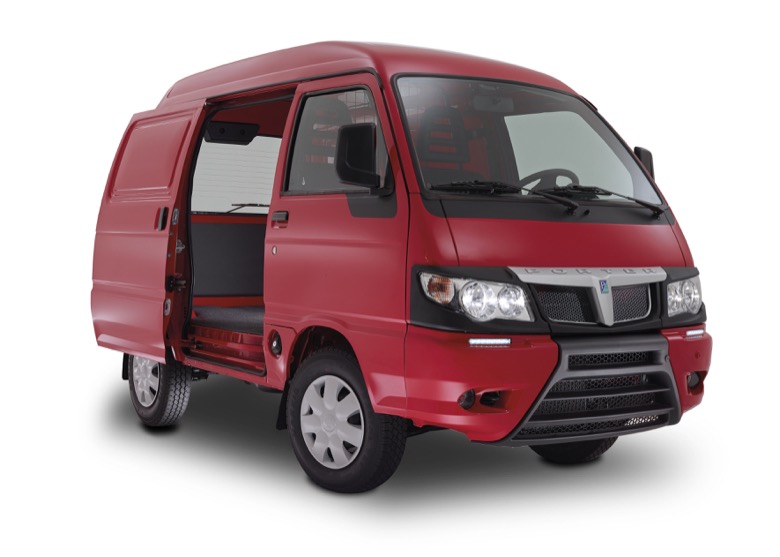 The 2016 Piaggio Porter range still includes the Porter Electric Power version as well, the green vehicle par excellence, 100% electric and “zero emissions” which was first introduced on the market in 1995, the most commonly used model of its category in Europe.

The combination of the extraordinary handling (Porter has a steering radius of just 4 metres compared to the market average of 5.4 m), the new engines, the exceptional versatility of the equipment packages, the new safety and comfort characteristics and the extraordinary dimensions/payload ratio confirm the new Piaggio Porter versions as the ideal vehicles for intra-city transportation and ensure a wide range of selections to meet any mobility needs. The Porter Maxxi version, thanks to its reinforced frame and dual rear wheels, can carry up to 1,200 Kg of payload with a gross vehicle weight of just 2,200 Kg, a record ratio for its category.

The Piaggio Porter 2016 range also boasts versatility as one of its strong points: Porter 2016 is available in versions with fixed deck, long tipper bed and short tipper bed, all with an all-flat load bed with two dropsides and a hinged tailboard to facilitate loading and unloading, panel and window van (designed for urban cargo and people transportation). Furthermore, the chassis version lets you create an almost infinite range of special equipment packages, designed both for the private sector (for example, isothermic cells, insulated boxes, three-sided tippers) and the public sector (i.e. waste skip collection, aerial platform and fire service and local police).

In terms of safety, the new Piaggio Porter 2016 commercial vehicles come standard with ABS and ESC (which respectively control the wheels locking up during braking and loss of traction in turns), and EBD (the system that distributes the braking action, detecting the exact grip available at each wheel).

The prices of the new Piaggio Porter 2016 range start from 12,688 Euro (Piaggio Porter 1.5 ton Multitech petrol version - ex-works, VAT and transportation not included). The new Porter and Porter Maxxi models are available in five colour schemes, in Blue Action, White Silk, Red Sprint and Orange, as well as the new Azure Bay colour scheme. The starting prices are as follows (ex-works, VAT and transportation not included) for the main versions of Piaggio Porter 2016 which are currently available:

In the first nine months of 2015 the Piaggio Group sold a total of 145,100 commercial vehicles all over the world for a net turnover of 301.5 million Euro, up 10.7% with respect to January-September 2014 and including proceeds in the amount of 31.4 million Euro (+23.5%) generated by spare parts and accessories.

Specifically, from January to September 2015 the net turnover for Piaggio Group generated by commercial vehicles in the EMEA area and the Americas was 58.8 million Euro, a 20.7% increase in profits. In India the net turnover of the associated company Piaggio Vehicles Private Limited (PVPL) in commercial vehicles was 242.7 million Euro (+8.5% with respect to the 223.8 million Euro at 30 September 2014). On the Indian three-wheeled market, PVPL leads the cargo market with the Ape with a share which is up 54.7% (52.2% in the first 9 months of 2014) and has a significant share (25.5%) of the Passenger segment, as well as 31% of three-wheeled commercial vehicles. In the first nine months of 2015 the PVPL production hub also exported about 21,500 three-wheeled commercial vehicles all over the world, a 5.4% increase with respect to the first 9 months of last year; these sales were partly consolidate within the EMEA and area and the Americas and partly within the Indian area based on the various responsibilities and management of the individual new markets.