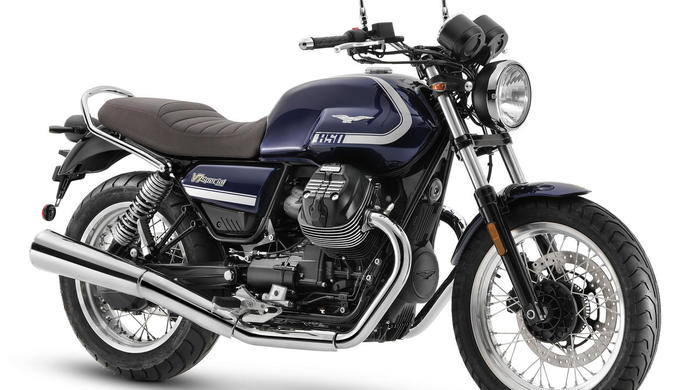 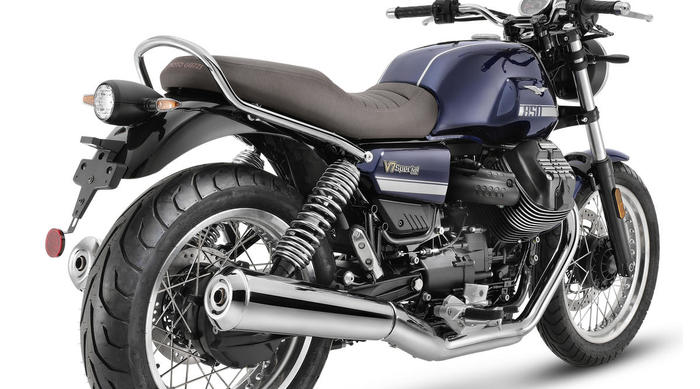 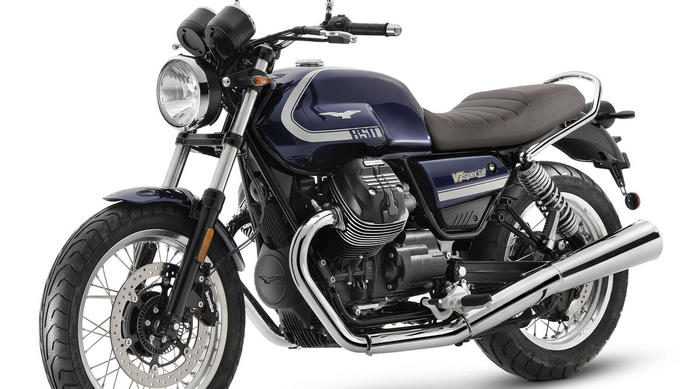 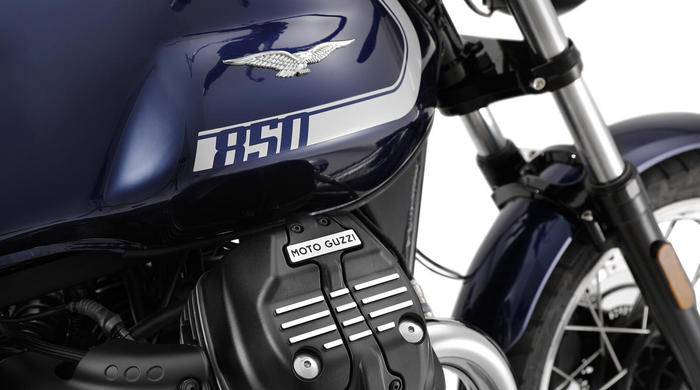 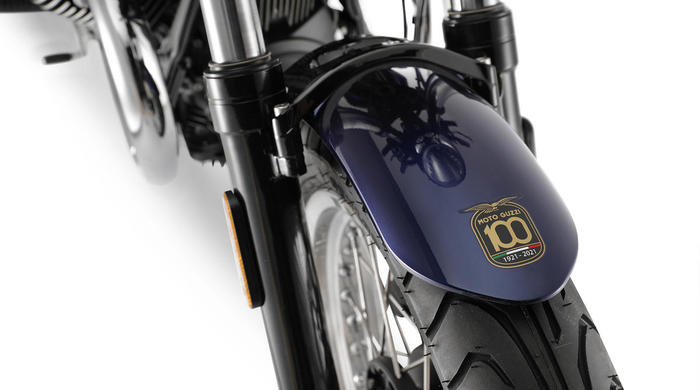 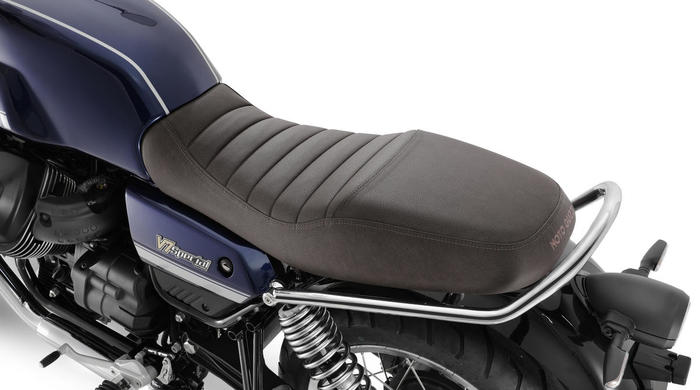 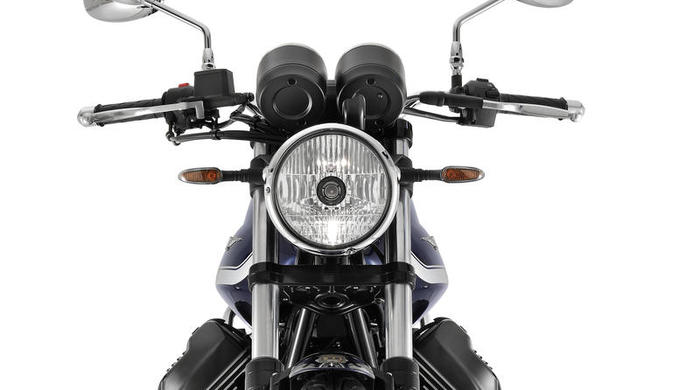 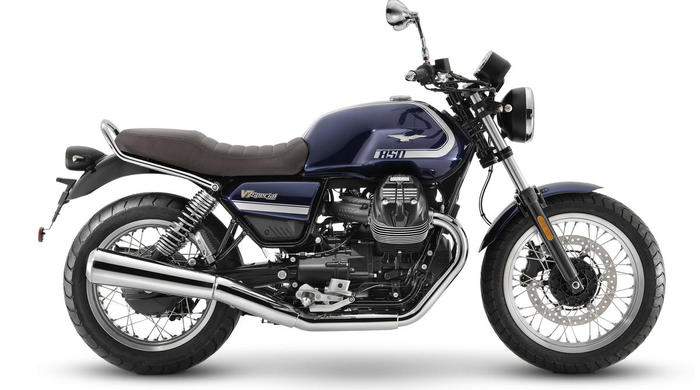 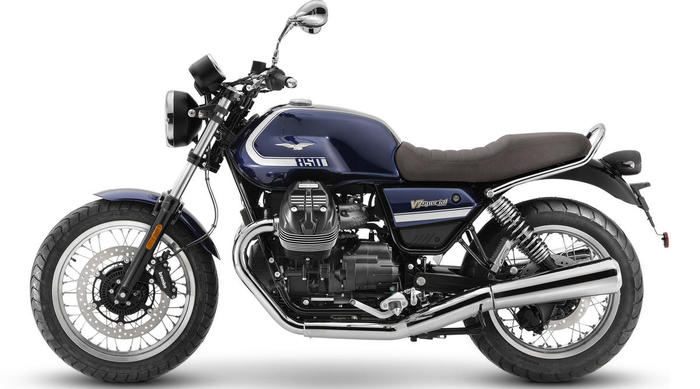 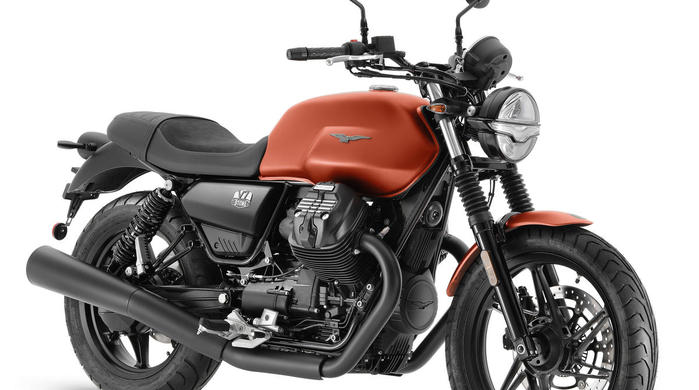 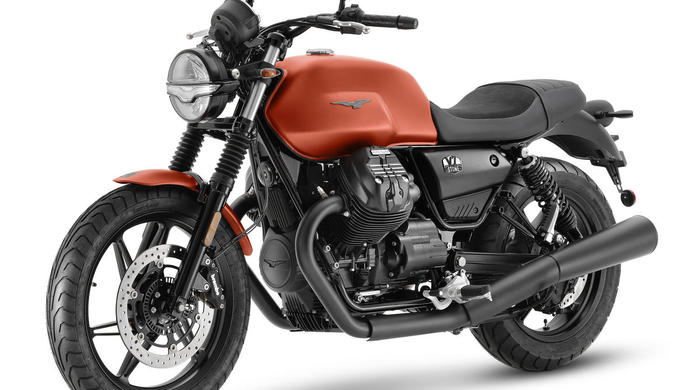 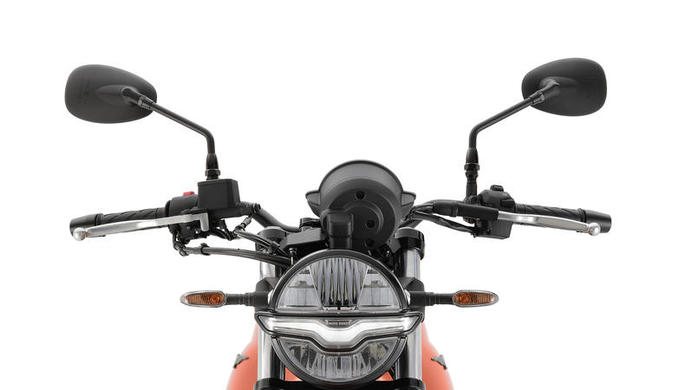 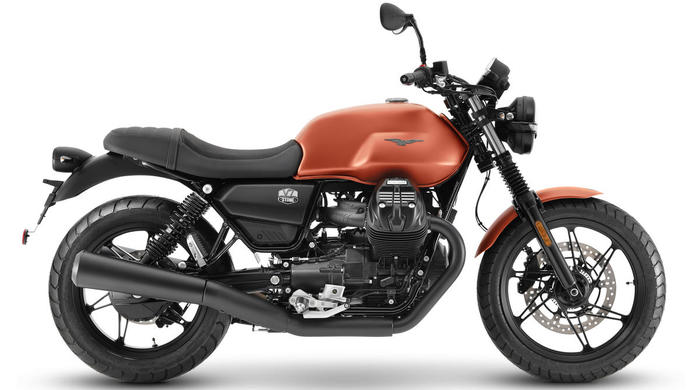 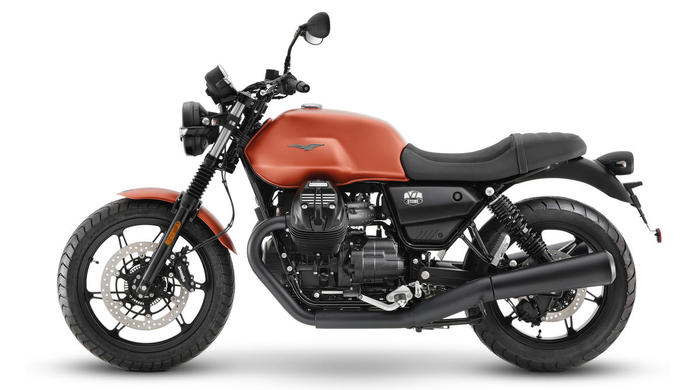 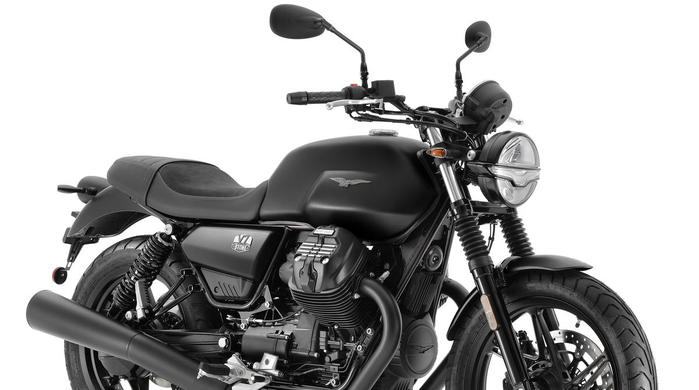 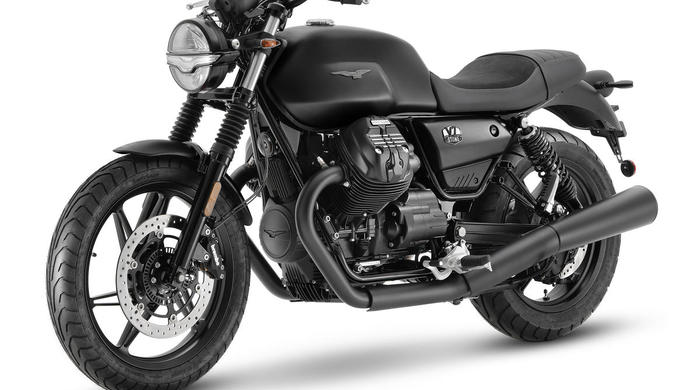 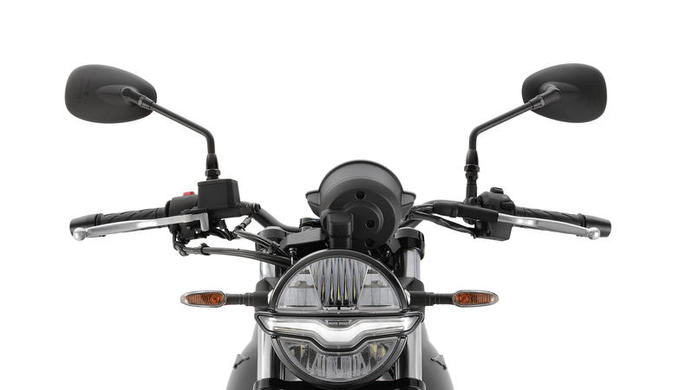 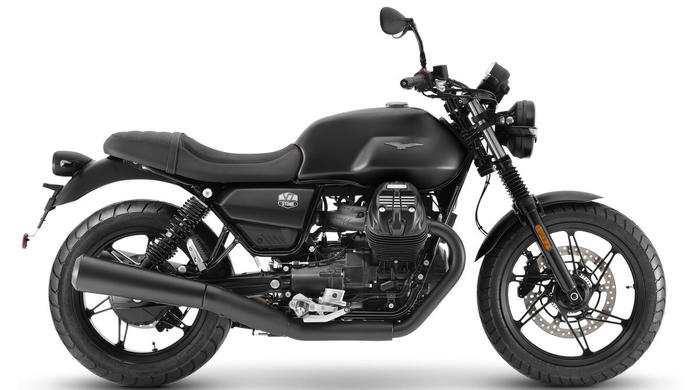 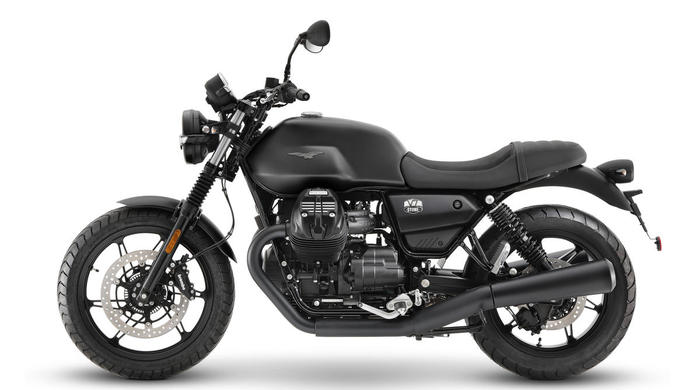 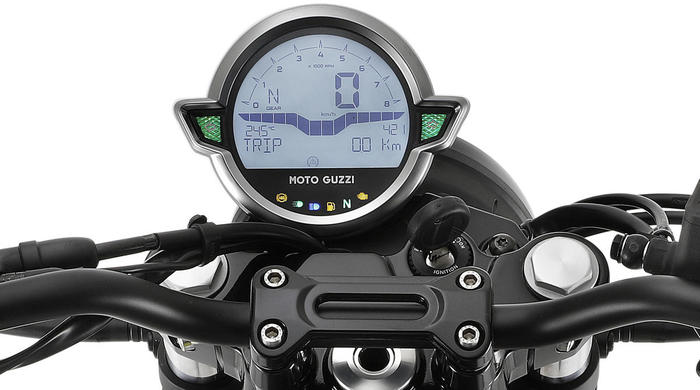 AFTER YEARS OF GREAT SUCCESS, A NEW V7 IS BORN

THE NEW V7 IS FASTER, MORE COMFORTABLE, BETTER EQUIPPED AND REFINED, MAINTAINING ALL THE CHARACTER AND AUTHENTICITY THAT EVERY MOTO GUZZI BOASTS

More than fifty years after the launch of its first unit, Moto Guzzi is proud to present a new and important evolution in the history of the V7, a prominent symbol of Italian motorbikes around the world, on its web pages MOTOGUZZI.COM.
The revamping is so profound that the progressive numbering in Roman numerals, which had characterised the various evolutions of the model since its return to the market in 2007, is gone. But the character and authenticity remain intact, as these values are destined to last over time and embedded in the genetic code of every Moto Guzzi.

Two versions are available: the patriarch, V7 Stone, with its strong and minimalistic style, is joined by the V7 Special, with its classic and elegant lines.

A new Moto Guzzi engine makes its début on the new V7, a close derivative of the one that powers the V85 TT. This is the most recent and modern drive built in Mandello, which guarantees better performance and overall greater efficiency in order to provide maximum riding pleasure, fun and reliability.
It has 25% more maximum power, going from the previous 52 hp at 6200 rpm to the current 65 hp at 6800 rpm. Maximum torque has also increased significantly, going from 60 Nm at 4250 rpm to the outstanding value of 73 Nm at 5000 rpm, with more than 80% of the torque already available at 3000 rpm.

Compared to the previous version, the new addition from Mandello is generally more complete in terms of equipment and demonstrates superior maturity, also evident in the aesthetic impact of the larger engine, which stands out for its generously sized exhaust pipes in a different layout; the view from the rear highlights the larger cardan final drive and the wider rear wheel, as well as the more robust pair of Kayaba shock absorbers.
The stylish side panels are new, as is the shorter rear mudguard, elements which, along with the new exhaust system, give the new 'eight and a half' a revamped and more seductive look.
Many new features have been introduced to improve stability and comfort, leaving the proverbial handling of the Moto Guzzi best-seller unaltered.
The frame has been evolved with the addition of steel elements in the headstock area, whereas the new pair of shock absorbers with greater travel and the new, two-tier saddle ensure greater comfort. With this same goal in mind, brand new rider footpeg support are used.
Moto Guzzi V7 Stone has the new, full LED light system with the headlight that includes a DRL in the shape of the Moto Guzzi Eagle, whereas the new instrument cluster is perfectly in line with the look of a minimalist motorcycle, entirely digital on a single, circular dial. The aluminium wheel rims, in the sporty style that equips the Stone, are also new; the rear rim is shod with a wider 150/70 tyre.
V7 Special maintains the elegant, dual dial analogue instrument cluster (speedometer and rev counter) and the ultra-classic spoked wheel rims.

V7 will also be available in a reduced-power version, in line with Italian A2 driver's license restrictions and ideal for new Guzzisti. It will also come standard with adjustable MGCT traction control (which can also be disabled).

V7 Stone is available in three satin-finish colour schemes: Nero Ruvido, Azzurro Ghiaccio and Arancione Rame. The colour variants of the V7 Special, the version closes to the classic and elegant spirit of the original model, are Blu Formale and Grigio Casual.