Thousands of Vespa enthusiasts took to Mantua, Italy, from 32 nations for the record edition of Vespa World Days, to celebrate with aprilia SBK pilots 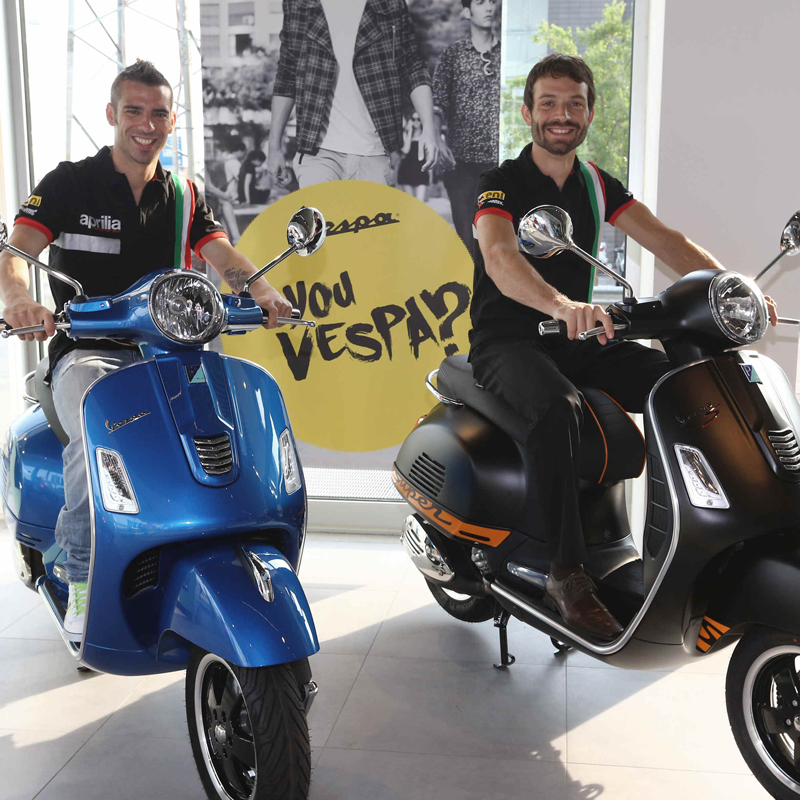 Mantua, 16 June 2014 – The Vespa World Days of Mantua was seat of the largest Vespa Club rally ever held in the almost 70-year history of the well-known brand.

More than 10,000 Vespa and many thousands or Vespa buffs gleefully invaded the Lombard city. June 12 to 15 were four days of celebration, friendship and love for the world’s most popular scooter.

The celebration was kicked-off by the Aprilia Superbike pilots, Marco Melandri and Sylvain Guintoli who mingled with the Vespa enthusiasts from 32 Nations in occasion of the inaugural celebration of the Mantua Motoplex. 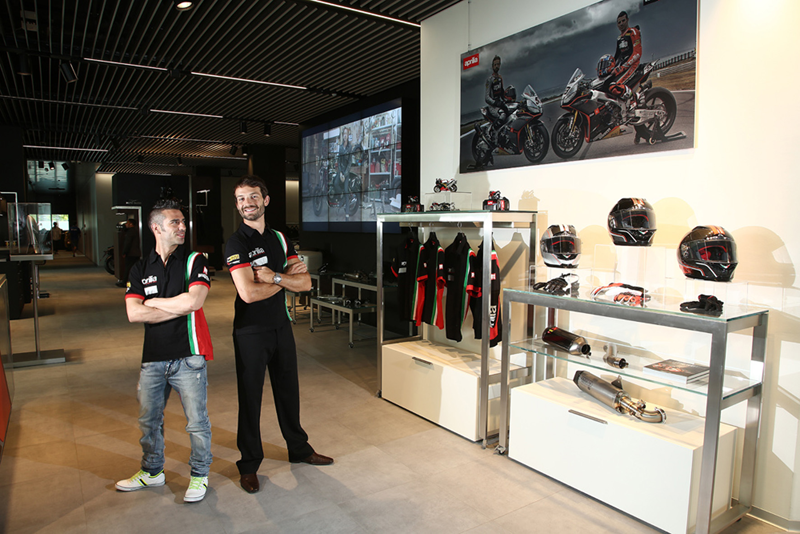 Motoplex is the first new concept store dedicated to all lovers of two wheels and a window on the future of the Piaggio Group. It is in fact a tribute towards the most important brands of the Group - not only but also Vespa Piaggio, Aprilia and Moto Guzzi - and the millions of customers, owners and fans who have these brands in the world. Not only a store and a showroom but a full-fledged pole of attraction for scooter and motorcycle lovers: 1,300 square meters of space, 46 vehicles on display, two real "lounge" where one can sit and admire large video screens, a bar, the chance to see "live" events in web streaming through the two video walls by 138 inches. 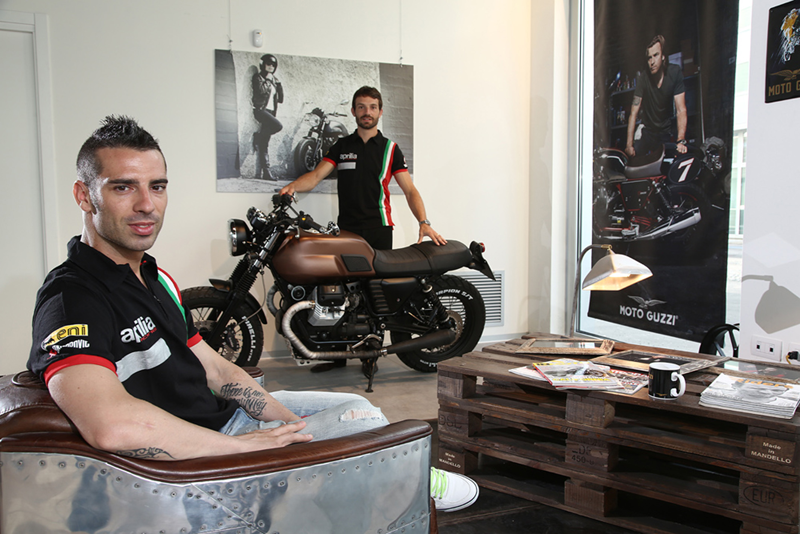 The sprawling Motoplex store, which opened its doors on June 13th with a large party dedicated to the thousands of Vespa apasionados that gathered for the Vespa World Days is the first example of how future outlets and dealers of the Piaggio Group in the world, not only in Europe, where the Group is the continental leader, but also in the U.S. (where the Vespa is the most popular scooter) and in distant markets such as Vietnam, India, South East Asia where the Piaggio Group’s industrial and commercial presence has continued to grow in recent years, as authentic emblem of “Made in Italy” thanks to its renown fame, style and technology. 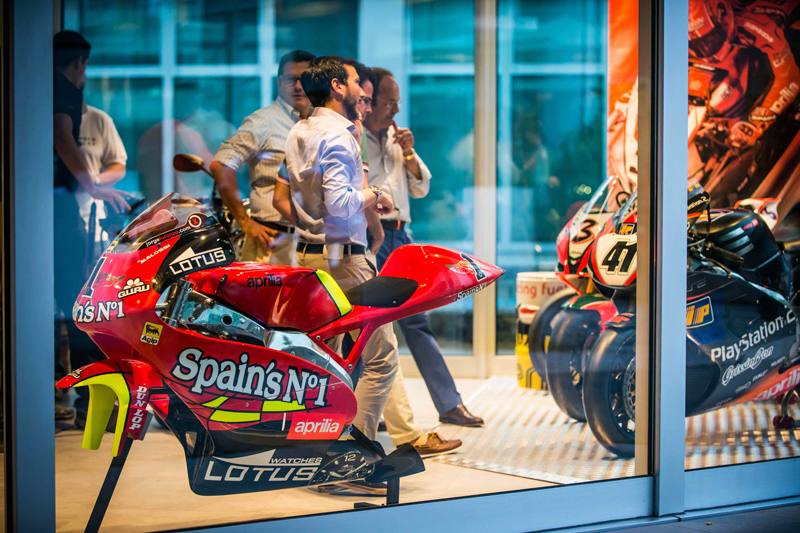