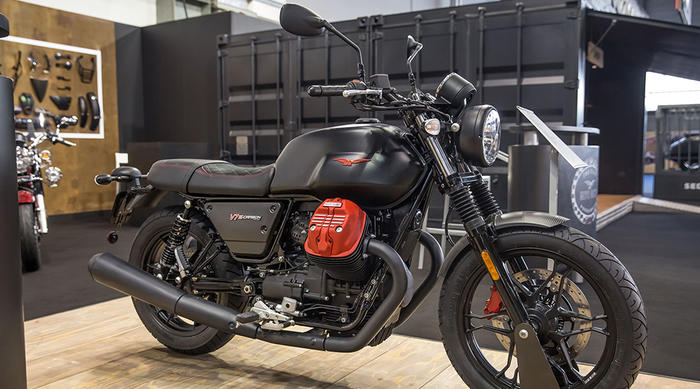 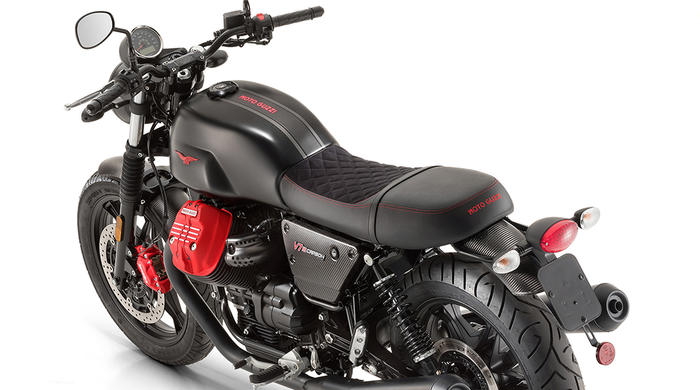 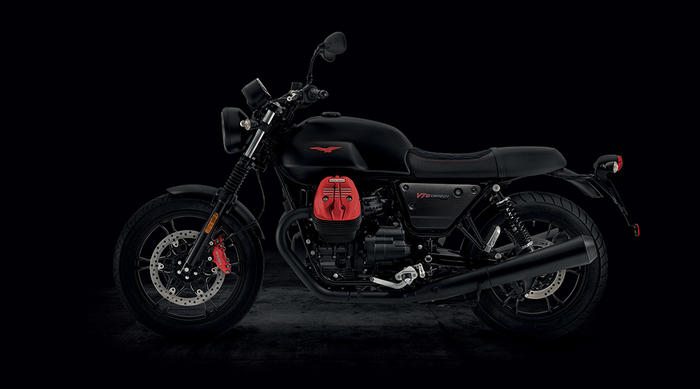 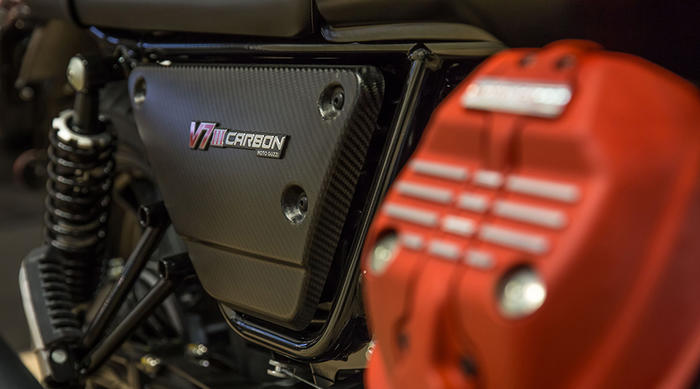 V7 III Carbon enhances its personality thanks to its carbon fibre elements and it is available in a limited and numbered edition of just 1921 units, a number that evokes the year Moto Guzzi was founded

Moto Guzzi V7 III Carbon is the latest interpretation of one of the greatest Italian bike classics. From 1967, the year sales began of the first units, the V7 became the charming ambassador of the values of quality and authenticity typical of the Eagle Brand Manufacturer, standing out with its technical content and design.

Today, now in its third edition, V7 III is simultaneously a very young bike and a 'Made in Italy' symbol, capable of winning over a transversal and varied audience with its construction quality, agility and easy ride that make it ideal for city use. It is also popular for its unique and inimitable style, as well as the vast possibilities for personalisation thanks to an extraordinary range of accessories and special parts.

It is on the wings of this success that the refined V7 III Carbon now arrives through the Moto Guzzi sales network.

Tradition and sportiness combine in a unique creation

V7 III Carbon celebrates the art of customization, interpreted originally and stylishly, combining the authentic V7 design with the prestigious and modern quality of numerous carbon fibre components, such as the shortened and sleek fenders and the side fairings that enhance the character of the Moto Guzzi best seller to the utmost. With V7 III Carbon, the many carbon fibre elements, usually reserved for supersport bikes, are introduced for the first time in a massive way in the classic bike world, a sporty contamination that is perfectly in line with the history of the V7.

V7 III Carbon has a completely matt black look, a shade that enhances the parts in red, the colour chosen for the Brembo front disk brake calliper, the logos on the side fairings and the Eagle on the fuel tank. The 'Made in Mandello' mechanics also stand out thanks to the satin finished red cylinder head covers. This technological style is highlighted by a brand new saddle covered in water-repellent Alcantara®, ideal for outdoor use and weather resistant. The saddle is finished with red stitching that represents rather popular stylistic inspiration that anyone who loves refined details will love. In fact, this model is fully loaded with them: the locking tank cap is made of anodized black billet aluminium, as are the headlight frame and the injector covers.

The only member of the V7 III family built in limited and numbered production, the V7 III Carbon follows the happy tradition of having a “limited edition” model in the range. The serial number of the model is identified by the plate positioned on the handlebar riser and there are 1921 units, a number that evokes the year Moto Guzzi was founded.