FROM 8 THROUGH 10 SEPTEMBER THE EVENT IS BACK THAT WELCOMES THOUSANDS OF FANS TO THE MANDELLO DEL LARIO PLANT. A WEEKEND UNDER THE SIGN OF PASSION AND WITH AN EVEN RICHER EVENTS SCHEDULE

THE CLAN, THE MOTO GUZZI COMMUNITY, EXCEEDS 16 THOUSAND MEMBERS AND CELEBRATES WITH A SERIES OF EXCLUSIVE INITIATIVES 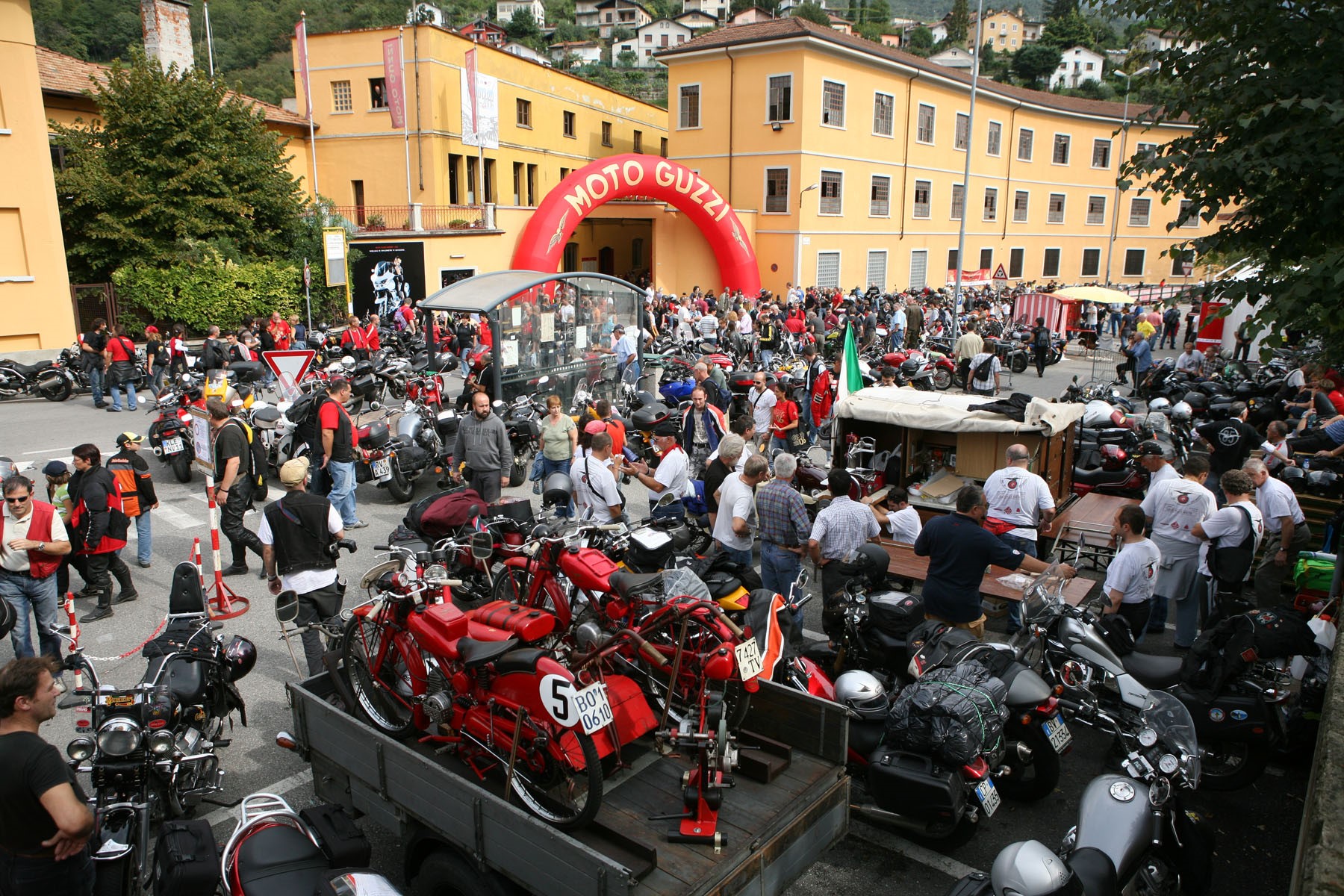 The commotion has still not died down from the 25 thousand fans who invaded Mandello last year as expectations now rise for the 2017 edition which, scheduled from Friday 8 September through Sunday 10 September, will celebrate the 50 years of the V7 legend, offering an exceptionally rich schedule of events. Events designed to involve, entertain and thrill the thousands of Guzzisti expected, once again this year, from every corner of the globe.

It will be an event that will call the Guzzista population to gather and that will bring thousands of Moto Guzzi bikes to Mandello del Lario in the places where, since 1921, the Eagle brand manufacturer has produced every single motorcycle. This is another reason that Moto Guzzi invites all the participants to tell the story on social media of the “return trip” to Mandello, enriching it with photos, videos and thrills: #ridebackhome is the hashtag that anyone can use of Facebook and Instagram as they tell the story of the trip that will lead them to the red gate on via Parodi.

The 2017 edition of Moto Guzzi Open House will begin on Friday 8 September at 3:00 PM with the opening of the Museum and the Shop. On Saturday 9 September, beginning from 09:30 AM, it will also be possible to visit the Moto Guzzi production lines, the engine assembly line where the legendary twin-cylinders are made, and the historic Wind Tunnel.

The Moto Guzzi Village, at the centre of the historic Mandello plant, will be the beating heart of the festival for the entire weekend.

It will be from the Village that the test rides depart, involving hundreds of bikers who will be able to try out all the latest Moto Guzzi innovations on the road. A protagonist of the test rides, obviously free of charge, will be the V7 III, the latest version of a legend that celebrates its 50th anniversary at the 2017 Open House. Born in 1967 on the base of the 90° V-twin engine, the V7 range represents a brand that continues to grow, drawing from its legendary heritage made up of authenticity and passion, looking more and more to the future in terms of style and innovation. A special space will also be dedicated to test rides of the revamped V9 Roamer and V9 Bobber, the light and thrilling easy cruisers. True fans will not miss out on the chance to try the Audace muscle bike and the majestic MGX-21, two bold interpretations of Moto Guzzi's rebellious spirit.

At the Moto Guzzi Village, precisely where every Moto Guzzi was born, there will be times of musical entertainment rich with true motorcycling passion, as well as meetings with the best Italian customizers and their creations, even including the bikes that have been featured on the talent TV show Lord of The Bikes, which has been very successful in its second season as well on Sky Uno HD.

2017 also marks the sixtieth anniversary of Moto Guzzi's retirement from racing. Moto Guzzi Open House will be the chance to celebrate the victorious era of an ingenious racing team and to recall the extremely rich collection of trophies that the Larian brand won in that glorious period that goes from the 1921 Targa Florio to the GP of the Nations in Monza in 1957. These were years when the Guzzi Eagle earned, among other things, 15 titles in World Grand Prix Motorcycle Racing and no less than 11 Tourist Trophy cups.

The vast catalogue of Moto Guzzi accessories will have its own display space in the heart of the festivities, whereas the Eagle Shop will be the door to the Moto Guzzi world, even for those who are not, or not yet, riders, thanks to the wide range of original clothing and merchandising.

Those who cling to this universe of values, style and thrills will find a home in The Clan, the official Moto Guzzi community that reserves exclusive advantages for its members that they can access directly online at www.theclan.motoguzzi.com. Open House 2017 represents a tribute to the 16 thousand members of The Clan, and a series of privileges has been prepared for them: they range from the reserved welcome kit to a free riding course with a theory part in the workshop and an entire day on the road, all the way to a free check-up on their respective Moto Guzzi bikes. And there will be discounts on garments from the new Moto Guzzi collection and a reserved queue for the test rides scheduled throughout the weekend.

The complete programme is on-line at the Eagle website, www.motoguzzi.com, as well as all the updates to the calendar of events. 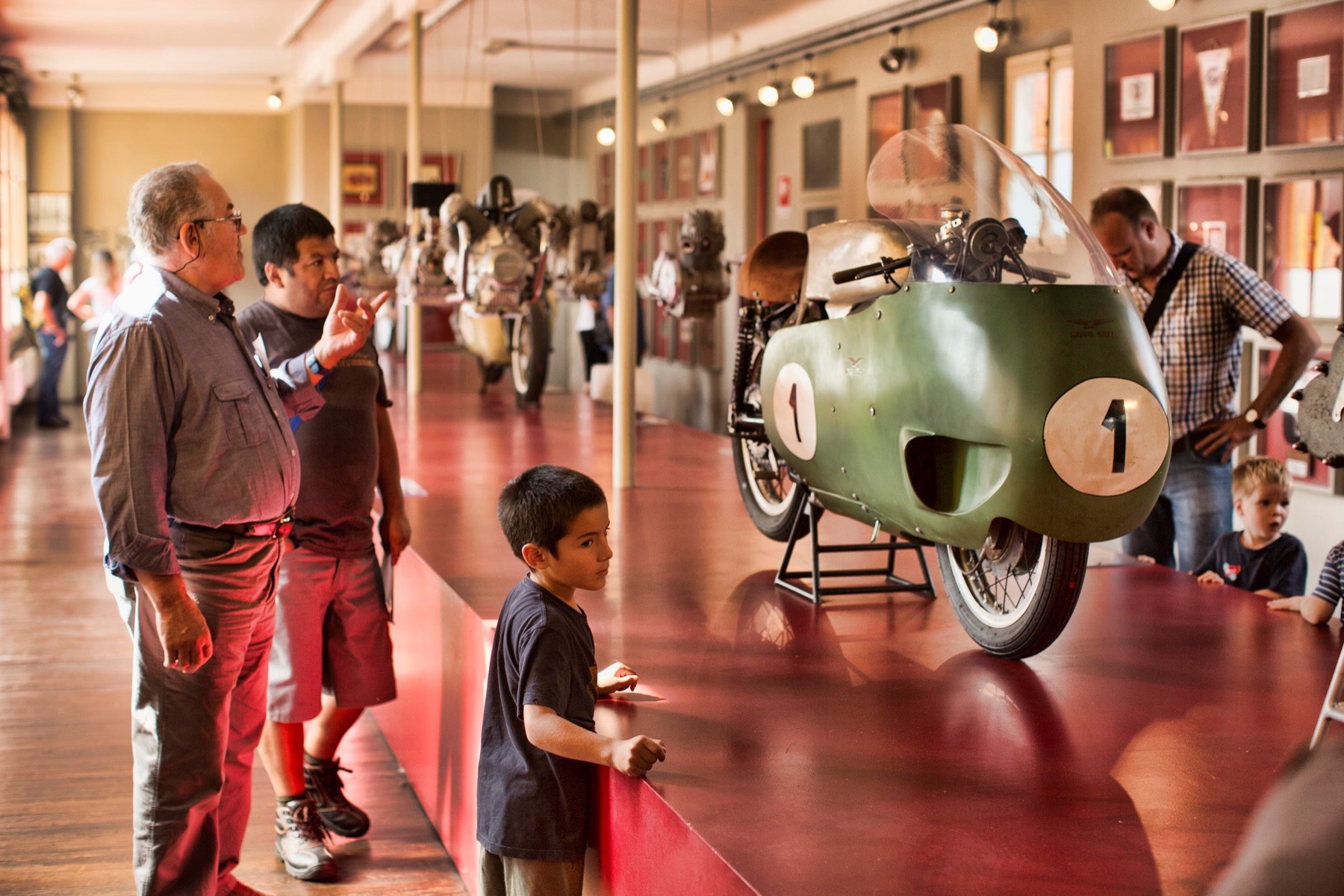