MOTO GUZZI V7 III AND V9 THE BIG STARS, AVAILABLE TO MOTORCYCLISTS TO TEST RIDE DURING THE EVENT 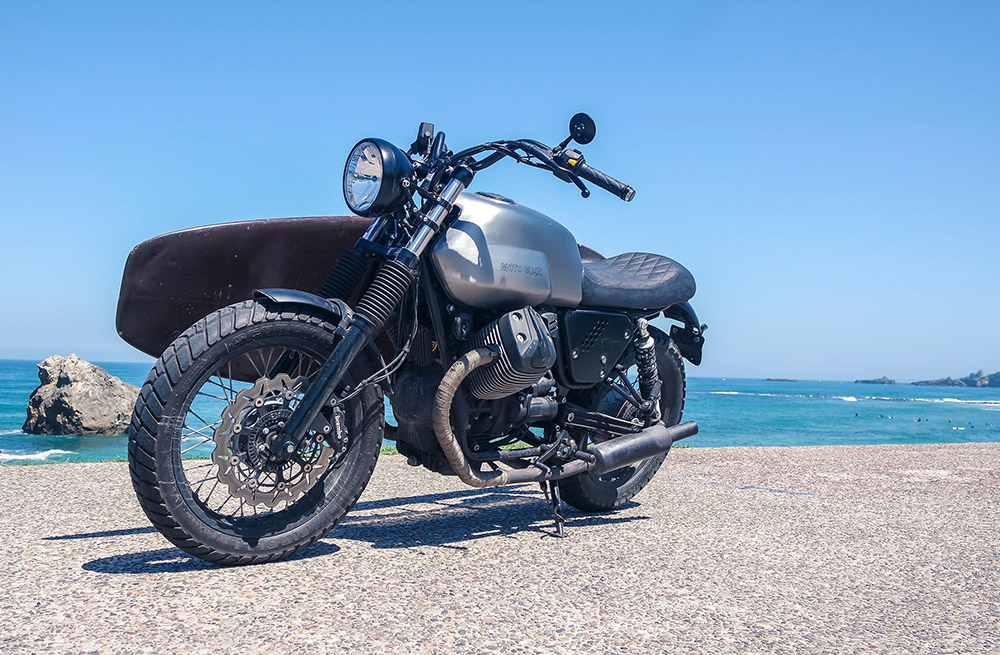 Milan, 20 June 2017 - Two outstanding riders from the OMT Garage family, winners of the 2016 edition of Lord of The Bikes - the popular SKY UNO HD TV talent show dedicated to customising Moto Guzzis - arrived on 14 June on the French Atlantic coast to take part in Wheels & Waves.

The popular festival in Biarritz devoted to the special connection between motorbikes and surf attracted over 20,000 lovers of a lifestyle for true free spirits. For the OMT guys there were two days and 1200 km of pure motorcycling adventure on their Moto Guzzi V9 Roamer and Bobber, setting off from Origgio (in the province of Varese), crossing the Alps and then continuing through the Pyrenees before plunging down to the Atlantic. 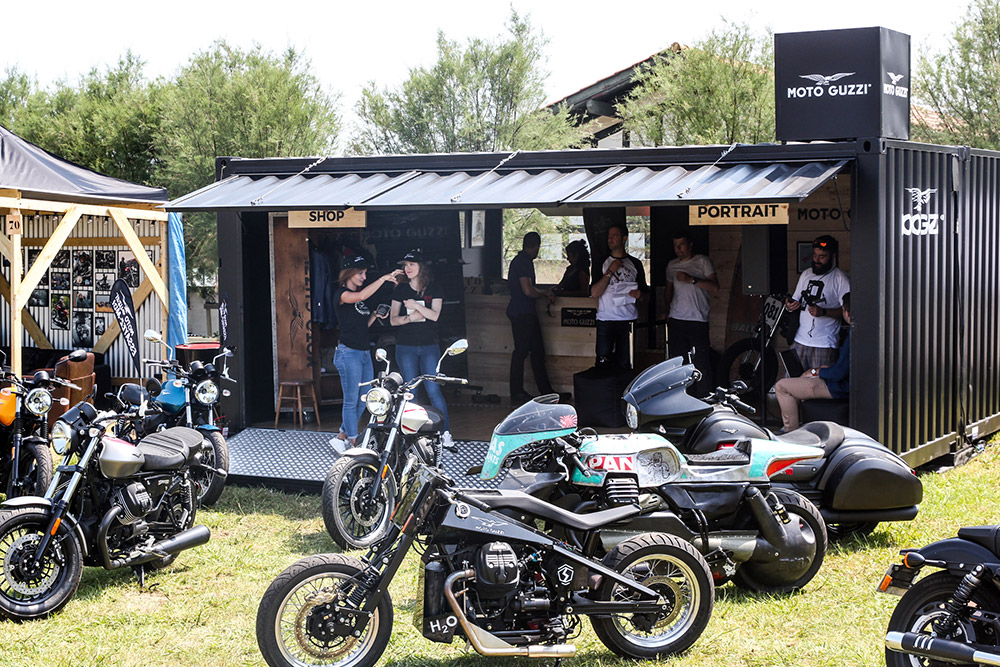 An extraordinary journey, a real itinerary of the soul, shared in the #roadtobiarritz, online diary with Guzzisti around the world at:

For over half a century, the French Basque coast has been a sacred place for surfers from around the world, attracted by the Atlantic waves and world-class beach breaks. And here saw the birth of a marriage between soul surfers and real bikers. Against such a fascinating backdrop, Moto Guzzi starred in Wheels & Waves with its V7 III family (Stone, Special, Racer and Anniversary), the V9 in Bobber and Roamer versions, and a full schedule of activities for members of The Clan Moto Guzzi and all motorcycle enthusiasts. 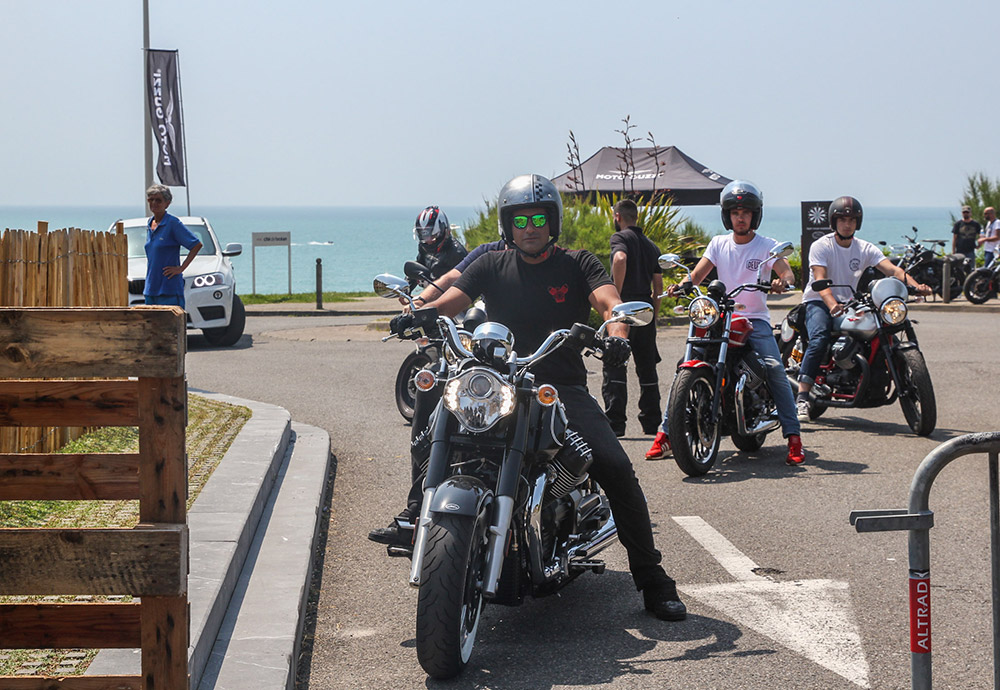 People particularly appreciated the engagement activity "The Clan Portrait", photo shoot with a customised Griso, the Moto Guzzi Charlotte, which recently starred in Lord of the Bikes 2017, which produced more than a hundred new members of The Clan community.

However, Moto Guzzi's engagement with participants went far beyond that, with participation in two fierce motorcycle competitions in the fascinating context of the festival, plus the organisation of test rides, for many an opportunity to experience on the road the dynamic qualities of the latest Moto Guzzis.

Moto Guzzi's participation in the Punk's Peak Race, the hill climb race that took place in the San Sebastian area, included a bike customised by BH-Bobber House, the Barcelona workshop, while in the Flat Track race on the El Rollo sandy track, the OMT Garage guys had the pleasure of seeing their fantastic V7 II Racer, the fabulous "V7 Speed Daimon", take second place in the Super Hooligans category, for motorcycles of over 750cc. Balance and agility were the weapons that allowed the "V7 Speed Daimon" to leave behind motorcycles boasting far higher CC and horsepower. 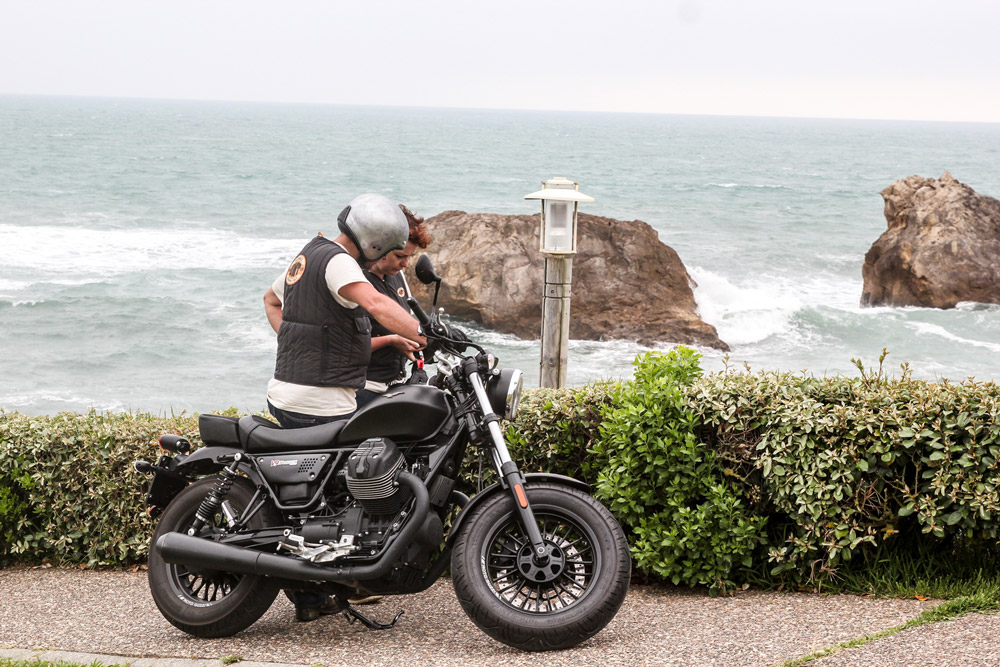