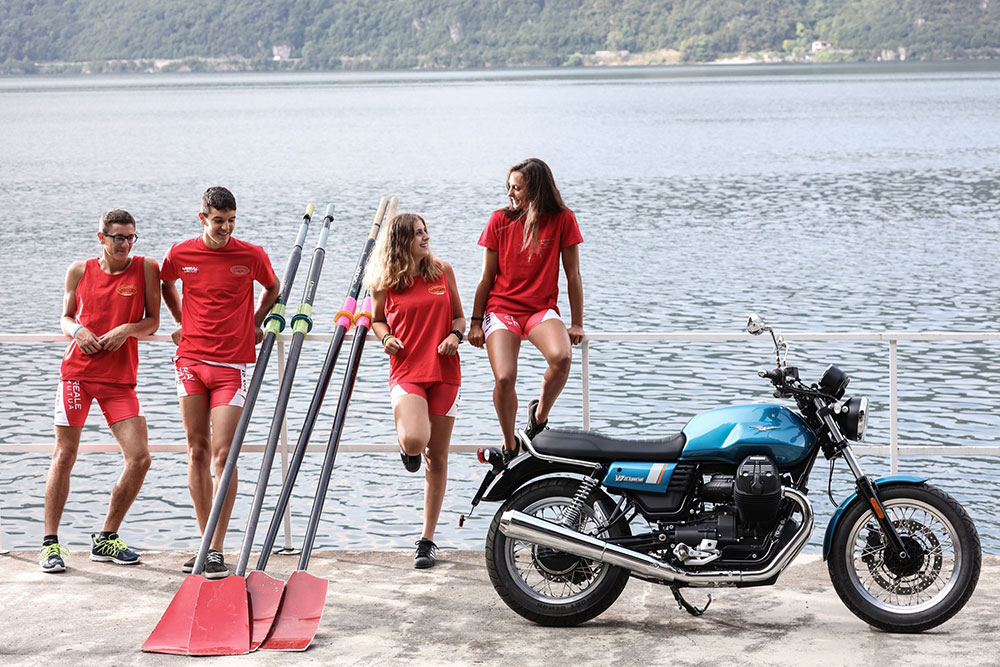 Mandello del Lario, 14 July 2017 - Authenticity, winning tradition, passion and a bond with the territory are the values that bind the Moto Guzzi history with that of the Rowing Club that bears the same name in Mandello del Lario.

United from their origins, Moto Guzzi and Moto Guzzi Rowing Club are collaborating once again and the first goal is to preserve the historic headquarters on the Lecco bank of the Lario. A building that witnessed the growth of generations of athletes who achieved the highest levels of rowing: a tradition that continues even today, with four Juniores rowing athletes called on to wear the Italian national rowing colours in the next World Championship competition scheduled for Trakai, Lithuania or the Jeuinesse cup that will be held in Hazewinkel, Belgium.

The first phase of the works supervised by Moto Guzzi will include both structural and aesthetic operations on the site with re-flooring, restoration of parts of the bearing structure and painting both inside and outside.

The renewed collaboration between Moto Guzzi and Moto Guzzi Rowing Club will be made official at the rowing event that the sports club is organizing for Saturday 22 July at the Municipal beach of Mandello del Lario. 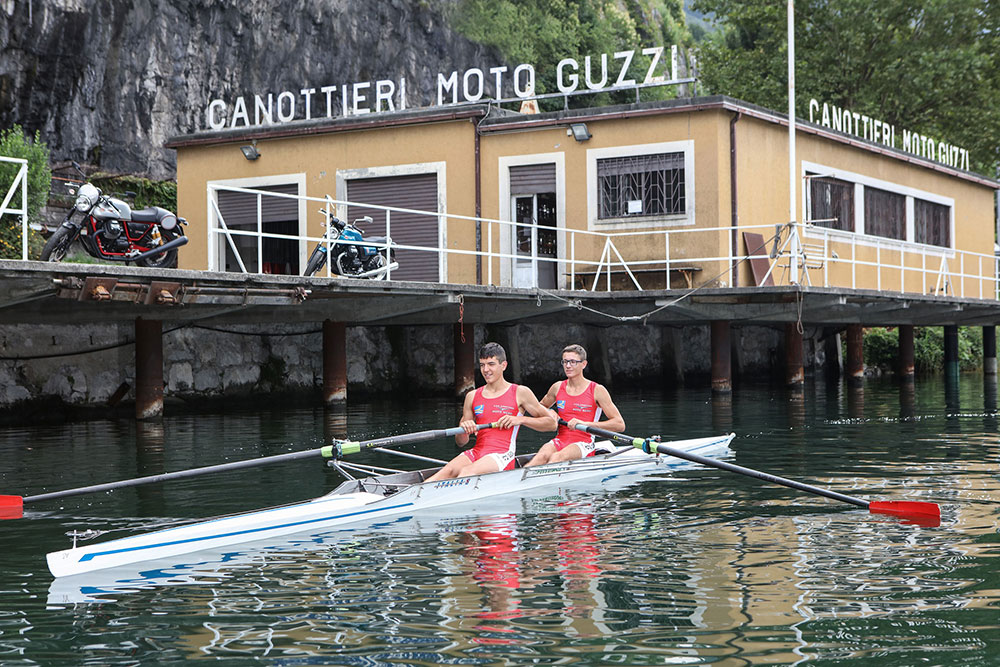 The victorious feats of the Moto Guzzi Rowing Club can be measured in 22 European and World Championships, another 80 Italian titles and 10 Olympic gold medals, plus a Silver medal and 5 bronze medals earned by its athletes in the 87 years that have marked the history of Italian rowing. Particularly memorable is the Olympic gold medal earned in the London games in 1948 by the coxless four, all from the Moto Guzzi Rowing Club (Moioli, Morille, Invernizzi and Faggi) repeated in Melbourne at the 1956 Olympic with victory by the coxed four (Trincavelli, Winkler, Vanzin, Sgheiz and Cox. Stefanoni). The tenth gold medal was earned in Seoul in 1988 by Piero Poli in the quad scull. The silver medal was taken in Sidney in the 2000 by Carlo Mornati in the coxless four. The 5 bronze medals were won in the 1960 Rome Olympics with the coxed four, all from the Moto Guzzi Rowing Club (Trincavelli, Zucchi, Balatti, Sgheiz and Cox. Stefanoni). 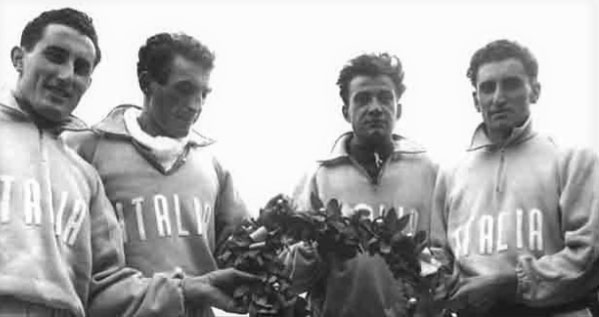 Celebration of the victory at the 1950 European championship at the Milan Idroscalo in the “coxless 4” speciality. From the left: Franco Faggi, Giovanni Invernizzi, Elio Morille and Giuseppe Moioli. 2 years earlier, this same formation had won the London Olympics in the Henley basin, making it the first “Moto Guzzi” branded Olympic victory. 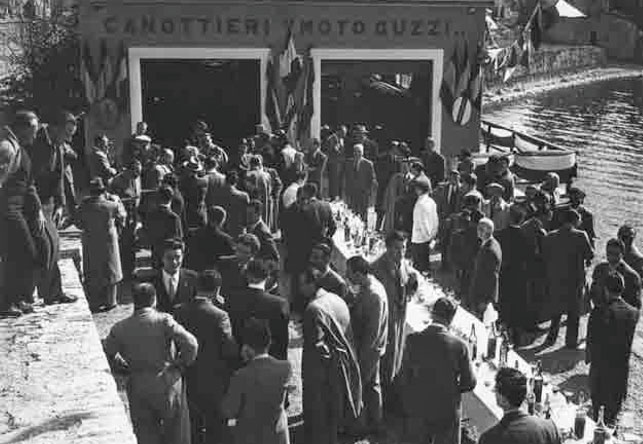 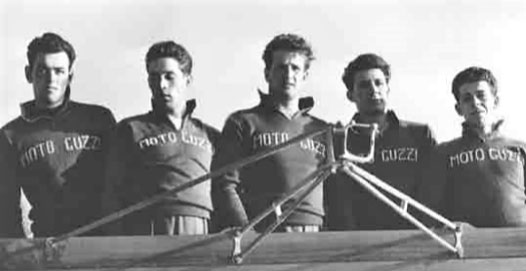 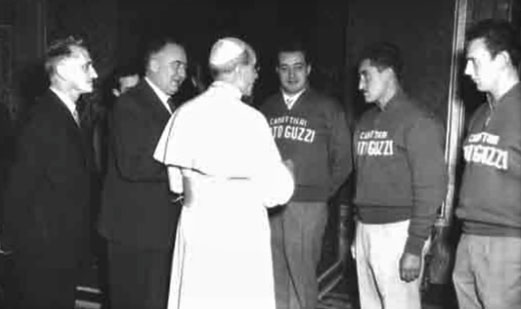 The rowers fresh from the Melbourne Olympics in an audience with Pope Pius XII. Giuseppe Moioli can be seen at the centre of the Guzzista formation. 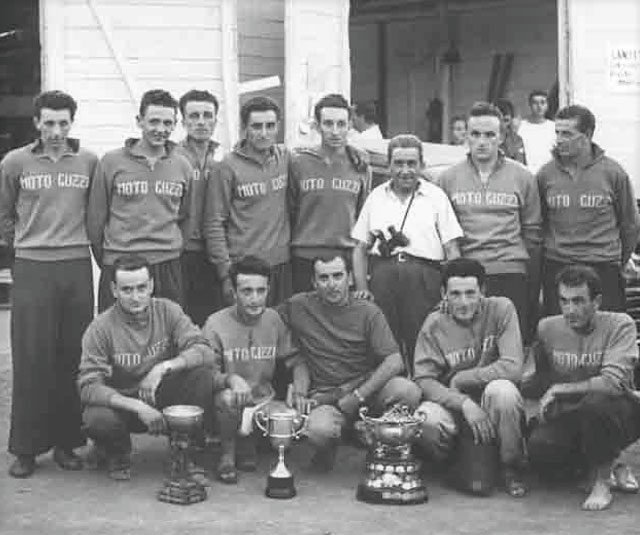 Posing after victory in the ”eight” at the Italian Castel Gandolfo Championship in 1953. The coach, Angelo Alippi and the guys from the ”eight” can be recognised: Giuseppe Moioli, Elio Morille, Francesco Lazzari, Attilio Cantoni, Marco Carri, Angelo Vanzin, Giovanni Zucchi, Giancarlo Lozza and coxswain Italo Ratti. 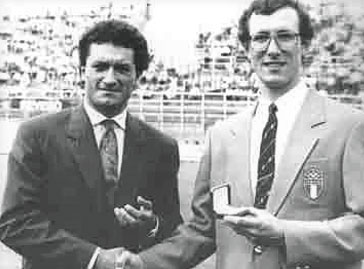 Piero Poli (on the right) of the Moto Guzzi Rowing Club, winner of the 1988 Seoul Olympics in the “4x” along with Agostino Abbagnale, Davide Tizzano and Gianluca Farina, awarded by the President of the Associazione Azzurri d'Italia, Claudio Gentile. 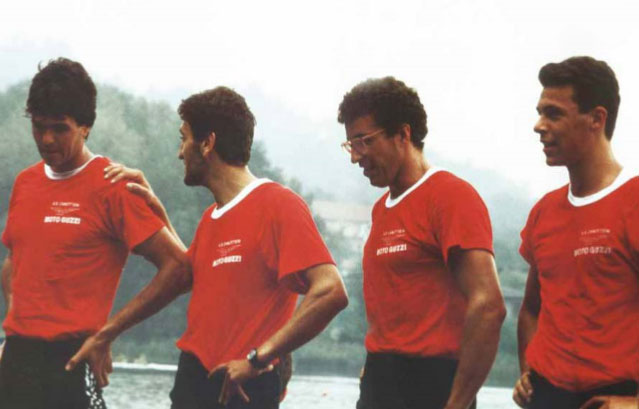 The winners of the Italian Championship at Gavirate in 1990. From the left, Carlo Gaddi, Domenico Cantoni, Franco Zucchi and Carlo Mornati. Note that the latter currently holds the position of CONI Vice Secretary and he won the silver medal in the 2000 Sydney Olympic games in the “coxless four”.