Moto Guzzi and Aprilia at Motor Bike Expo in Verona 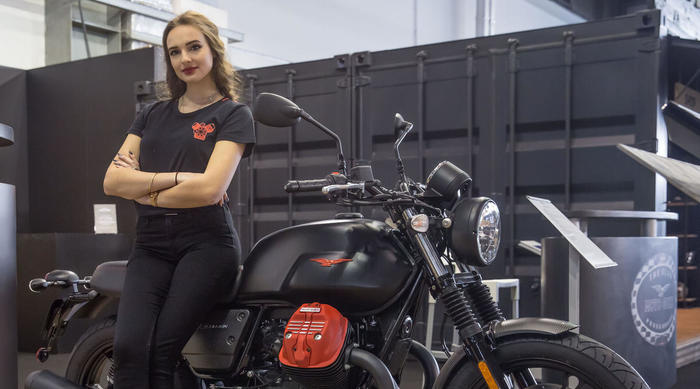 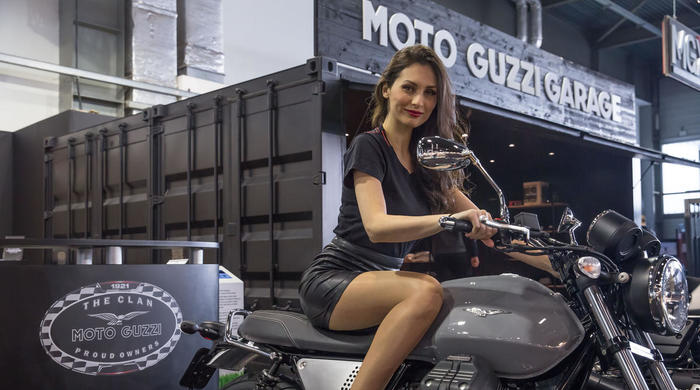 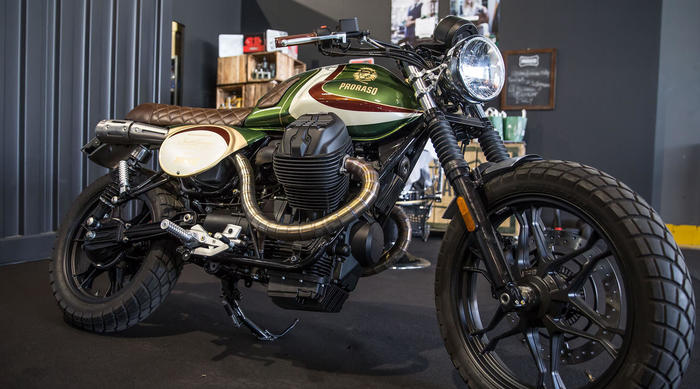 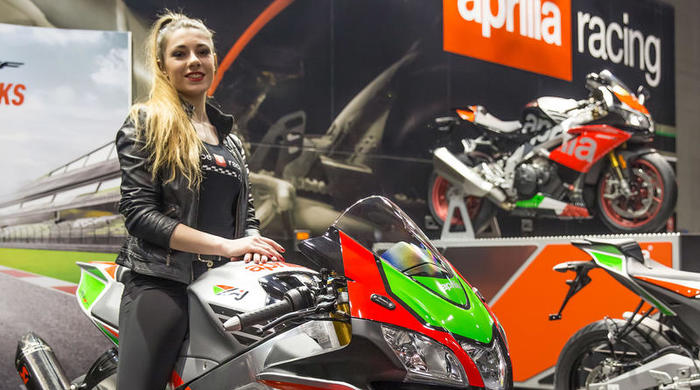 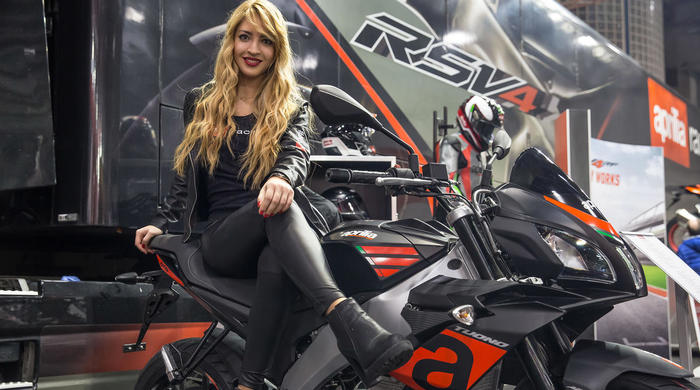 From the spread-winged eagle, a passion for the classic motorcycle and its infinite personalisations. Performance and sportiness head the bill on the Aprilia racing exhibit.

A genuine passion for customising a unique brand like Moto Guzzi has a natural outlet at Motor Bike Expo, where the renewed V7 range can be seen side by side with the many accessories of Moto Guzzi Garage and exclusive specials created by Italy's top customizers. Meanwhile, all-out sportiness is the theme of the Aprilia space, thanks to the RSV4 superbike, performance-enhanced with the new Factory Works kit. The hypernaked Tuono V4 Factory and the Dorsoduro 900 fun bike are flanked by adrenalin-packed entries for younger riders: Tuono 125, RS 125 and SX 50.

Verona (Italy), 18 January 2018 – Today is the first day of Motor Bike Expo, the top European show for the custom and special motorbike industry, organised in Verona and open until Sunday 21 January 2018. The event sees the attendance of two of the world’s most famous motorcycle brands, standard-bearers of the values promoted by Motor Bike Expo: on one hand, the fascination of Moto Guzzi, an endless source of inspiration for leading customizers, on the other the unrivalled sporting pedigree of Aprilia, which has applied the technological knowhow acquired through its racing activities to turn out unique two-wheelers like the RSV4 superbike and the hypernaked Tuono V4.

Motor Bike Expo is an unmissable opportunity for a close-up encounter with Moto Guzzi and Aprilia, as well as the exceptional offers and engagement activities organised by the respective communities, The Clan and #bearacer Club.

The Moto Guzzi space at Veronafiere (Hall 4) is a tribute to the classic motorcycle and to personalisation. The authenticity of Moto Guzzi is reflected in the latest entries from the eagle brand: the new V7 III Carbon, Milano and Rough, joined by the V7 III Racer, represent the multifaceted personality of an iconic bike, shown here in three new versions each with its own specific style and spirit. Exhibits also include the V9 Roamer and V9 Bobber, with further style and finish enhancements, the timeless California Touring cruiser and the stunning MGX-21, the anti-conformist bagger powered by the 1400 cc big block, the largest V-twin engine ever produced in Europe.

The passion inspired by Moto Guzzi bikes is also expressed in the infinite possibilities of personalisation, fuelled by an outstanding range of original accessories to enable every rider to create their own made-to-measure special. Fans can test their expertise against the extraordinary creations in Verona thanks to Moto Guzzi Garage and its online virtual space: www.garagemotoguzzi.com

The Moto Guzzi stand presents a number of exceptional specials, interpreted and radically modified by some of the best-known preparers. They include the V7 created by South Garage for the Proraso brand, a thrilling preview to the special “Barber Shop”.

The keyword of the Aprilia exhibit (Hall 6) is sportiness. The Aprilia Racing truck gives visitors a foretaste of the adrenalin-packed punch behind the entire range of Noale two-wheelers displayed in Verona. Centre stage is occupied by the Aprilia RSV4 fitted out with the brand new Factory Works kit, an exclusive “package” that enables the 7-times world champion Superbike to deliver a top power of almost 220 hp, while reducing the overall weight by around 10 kg.

The kit also modifies the aerodynamics by introducing winglets: aerodynamic add-ons that help enhance the bike’s stability. This is a technology developed by Aprilia Racing on the RS-GP prototype involved in the MotoGP world championship, now available for the very first time for Factory Works customers.

The kit developed for the Aprilia RSV4 is an extension of the Aprilia Racing Factory Works project, a unique program that makes the Aprilia Racing technology that secured 54 world championship titles available for everyone, through a series of evolutions culminating in the FW-GP, equipped with a 250 hp pneumatic valve engine, derived directly from the V4 engine used in the 2015 MotoGP season.

The exhibit had to include the hugely popular hypernaked Tuono V4 1100 Factory and the Aprilia fun bike: the eclectic Dorsoduro 900 in Exciting Dark, the new colour for 2018. Aprilia has always been in tune with younger riders and entire generations of champions have grown up on its bikes. The tradition is renewed this year with close attention to the lower displacements: in Verona, Aprilia is presenting the new Aprilia SX 50, the ideal two-wheeler for riders venturing into the supermotard world, the “little” street fighter Tuono 125 in the new Dark Energy look, and the sporty RS 125, a true superbike in the 125 cc class, now in the Replica GP version.