A YEAR AFTER THE SENSATIONAL DÉBUT OF THE SUPER TECHNOLOGICAL MGX-21 BAGGER ON AMERICAN SOIL, THE EAGLE BRAND MANUFACTURER IS ONCE AGAIN A PROTAGONIST AT THE LEGENDARY BIKE RALLY IN SOUTH DAKOTA

ALL OF THE 2017 MODELS AVAILABLE FOR TEST RIDES, POPULAR WITH THE THOUSANDS OF BIKERS ATTENDING THE BIGGEST BIKE RALLY IN THE WORLD

Sturgis (USA), 10 August 2017 - A year after the sensational début of the bold and super technological MGX-21 bagger on American soil, Moto Guzzi is once again in South Dakota to take part in the largest motorcycle rally in the world: the legendary Sturgis Motorcycle Rally, now in its 77th edition. 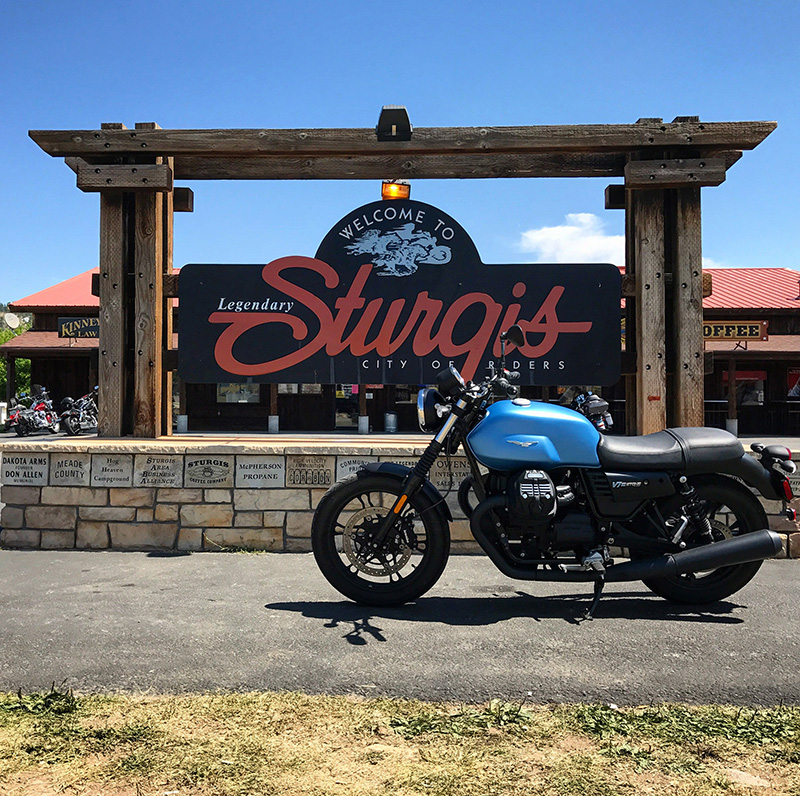 From 4 through 13 August, deep in the American heartland and in front of a crowd of American bikers, the largest and most demanding in the world in terms of the large cruiser category, Moto Guzzi once again plays a key role, lining up the entire revamped family of models powered by the sculpted 1400 cc twin-cylinder big bore and making them available for test rides: California Touring, Audace and Eldorado, obviously in addition to the most non-conformist bagger, loaded with technology and built in Mandello del Lario, the Moto Guzzi MGX-21 “Flying Fortress”, which, right here on these same roads a year ago, made its grand entrance at the legendary rally with no reverential fear. 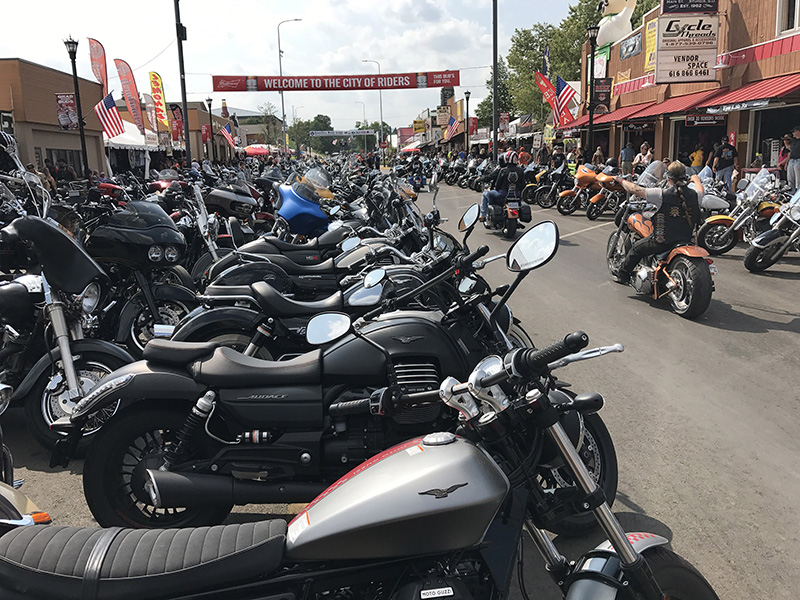 Between Main and 4th Street, the thousands of motorcycle enthusiasts will also be able to take an exclusive road test on the Moto Guzzi V7 III, the third generation of the V7 legend, which is celebrating its 50th birthday this year, as well as the V9 Roamer and V9 Bobber: models that attract new segments of bikers, drawing from the legendary heritage of the brand, made up of authenticity and passion, while at the same time always looking to the future in terms of style and innovation. 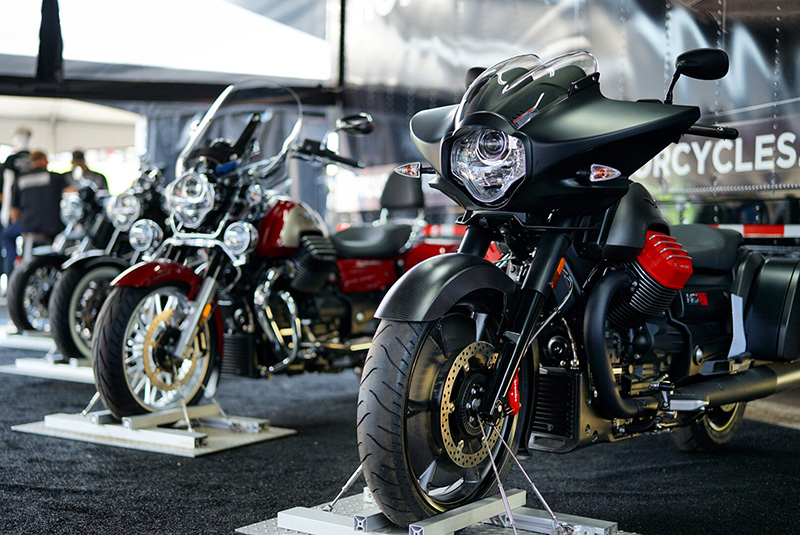