Home > Archive > Press > The MGX-21 lands in Sturgis, setting out to conquer America

The MGX-21 lands in Sturgis, setting out to conquer America 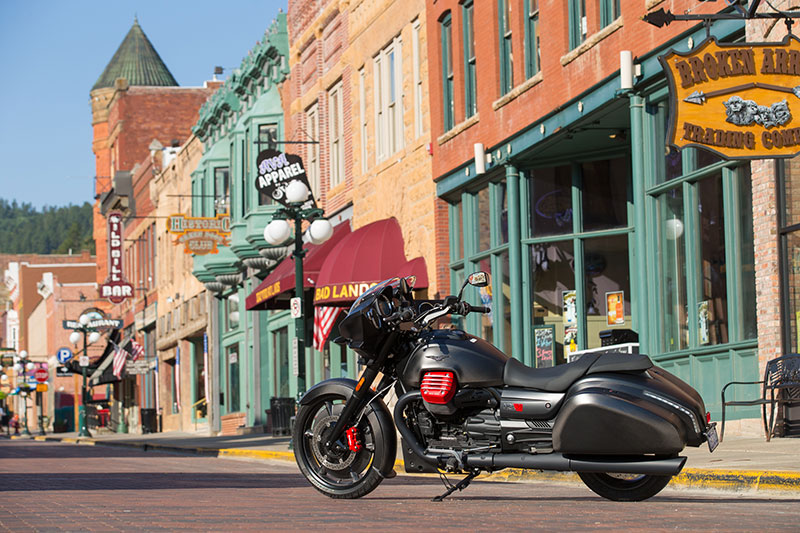 Sturgis, South Dakota (USA), 4 August 2016 - The Moto Guzzi MGX-21 has landed at Sturgis. The first, long voyage of the most luxurious and spectacular Italian motorcycle ever designed reached its first destination at the legendary South Dakota event, directly in the deepest heartland of America.

This brings Moto Guzzi into a new market segment, the large cruiser segment, with an offer that is completely new in design and cutting-edge technological content. The eagle brand's strategy is therefore structured on two fronts: on one side, the complete renewal of the range that already enjoys the success of the V7 and V9 ranges, and on the other, the entrance into new markets characterized by large volumes like the American market (the biggest in the world for cruiser motorcycles) that, with their strong motorcycle culture, recognize the value of the Italian brand.

The MGX-21 has had a long journey that began – as always for a Moto Guzzi – on the banks of the Lario, followed by the 2014 Milan show, when the first prototype astonished the world with its personality, innovative lines and technical solutions that had never before been imagined for a bike in this segment. Now, in its definitive form and ready for the market, the MGX-21 introduces itself, bolstered by its authenticity and blatant confidence, to the most demanding public in the world. 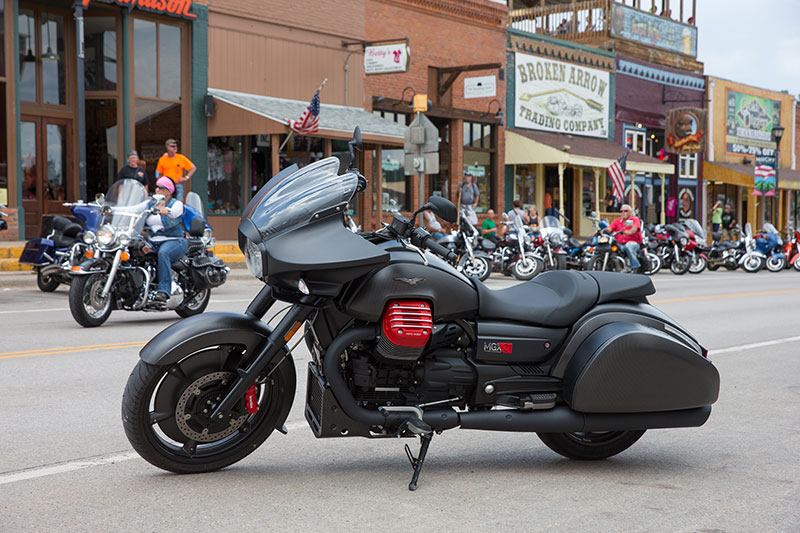 And so an Italian bike bursts into the temple of the American motorcycle (an act bordering on blasphemy!) sure of its values, of almost one hundred years of history and a respect for the logo it displays on the fuel tank, recognized the world over.

There is no reverential fear as it comes through the main entrance to the 76th Sturgis Motorcycle Rally where at least 700 thousand bikers are expected this weekend from every State in the Union and from around the globe, a perfect stage for a bike that was born not to go unnoticed. This means that thousands of riders will be able to admire a bike up close and personally that comes from a far off land to speak, with new ideas and a new language, to the deepest depths of bikers' souls from every culture.

In fact, the Moto Guzzi MGX-21 is the most non-conventional, rich and technological of the 1400 cc cruisers built in Mandello del Lario. It is the tangible representation of Moto Guzzi's ability to make authentically unique motorcycles, strictly hand assembled as unique units since 1921. 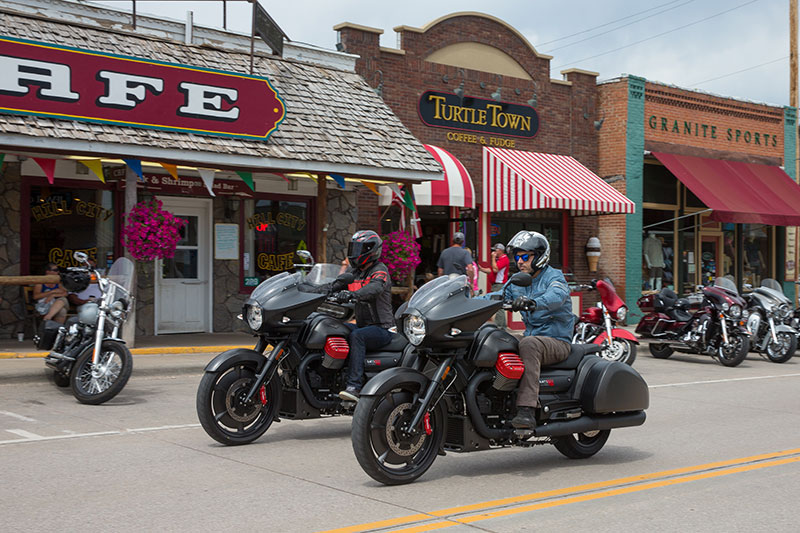 The MGX-21 is an example of personality and courage and it is dedicated to those who love exclusive motorcycles, to those who savour the excitement of the journey even before it begins, simply basking in the majesty of this Italian bike. The MGX-21 invites the rider to don a helmet and take off, placing a finger on the map at random. The excitement level increases even more when the 1400 cc 90° transversal V-twin engine rumbles to life. From Mandello del Lario to the edge of the world, the journey is marked by the rhythm of the enormous big block piston strokes and ridden in complete safety with the precision of the chassis characterized by the large 21” front wheel. Total control, on the other hand, is guaranteed by latest generation electronic riding support systems.