Max Biaggi and Aprilia with a double win at Misano

Max Biaggi, after winning race 1, dominates race 2 as well.
Two extremely different victories: the first marked by "shoulder to shoulder" duels with his rivals in world championship racing, the second escaping at the front after just a few laps and setting a pace for twenty laps that none of the other riders in the race could match.
Max now leads the world championship with a 38.5 point advantage. 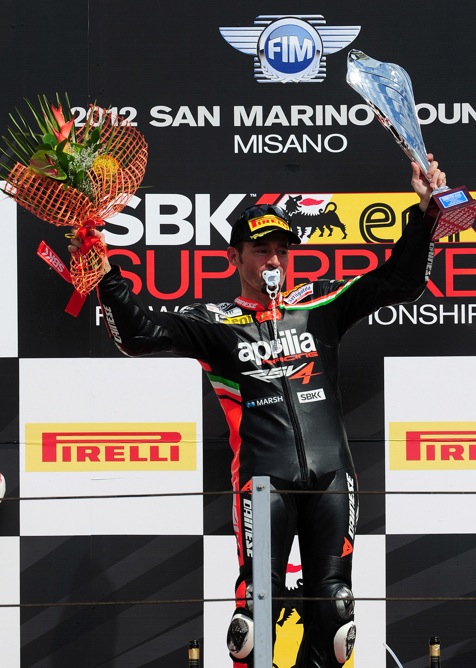 Misano, 10 june 2012 – There were two distinct Max Biaggis today at Misano, both winning on the Adriatic circuit during the seventh 2012 World SBK round.
After taking race 1, battling at every curve with the best riders in World SBK (he started from the tenth spot on the grid), Biaggi had the satisfaction of dominating race 2 in true Biaggi style, that is, demonstrating an unsustainable pace for all his rivals right from the start.

Starting once again from the third row, this time Max completed part of his masterpiece already in the first lap. Lying in fifth place after just a few curves, he rode his Aprilia RSV4 to third place by the end of the first lap. 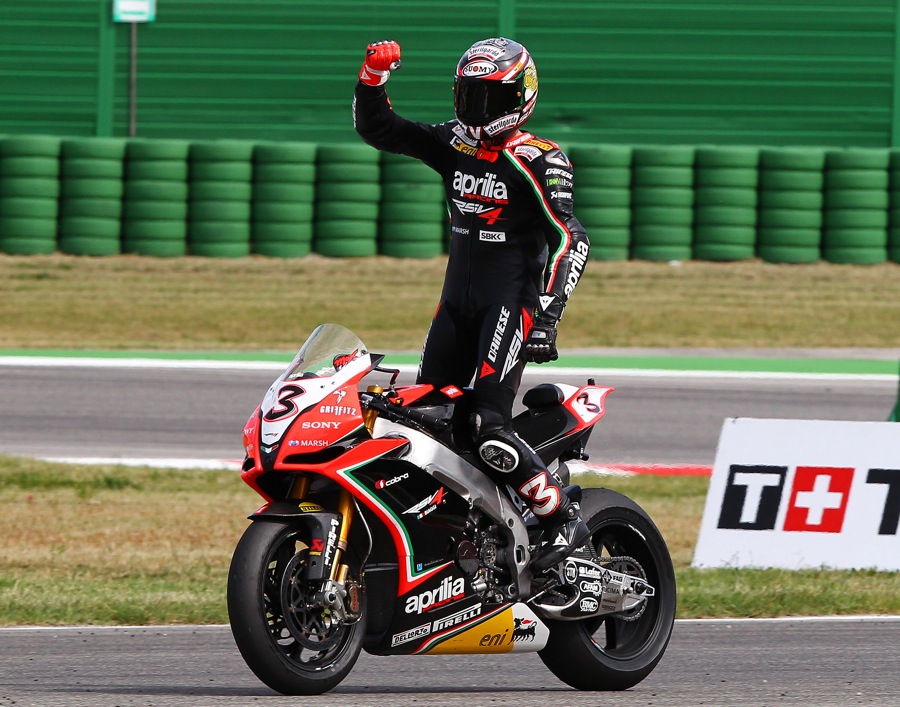 Overtaking Rea in the second lap and then front runner Sykes in the third, Max literally widened the gap with a series of fast laps that led to an advantage of more than seven seconds. He was followed across the finish line by Rea and Haslam.
It was a long, beautiful, victorious ride that sealed an important day for the five time world champion and the Aprilia Racing Team. Now, at the championship halfway mark, Max strengthens his lead in the standings with 210.5 points. Behind him are Rea at 172 (- 38.5 points) Sykes at 164.5 (- 46), Melandri at 155.5 (- 55) and Checa at 150.5 (- 60). 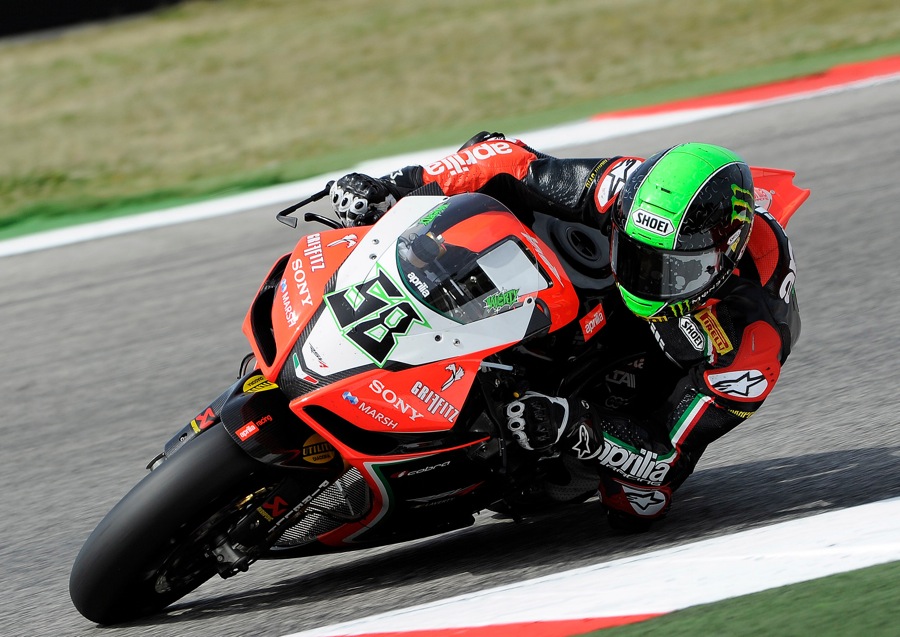 At the end of the day Max Biaggi made no secret of his satisfaction: “It was an amazing weekend. After Superpole which forced me to start from the third row, as we able to stay focused and express myself well during the race. After the test sessions I chose a tyre which wasn't the fastest as far as lap times go, but the one that gave me more confidence. In any case I had to take some risks because there are very few places to overtake here, but in the end I was successful and I'm leaving Misano with an incredible double win. I'd like to thank the guys on the Team who always work well and I would like to dedicate this victory to my girlfriend Eleonora and my son Leon, who was here at the track for the first time to see me race”.

It was a decidedly bad day for Eugene Laverty who finished race 1 in seventh place and had to withdraw from race 2 after crashing out of eighth place.

“Today was a very bad day at the office. I finished a lowly 7th in Race1 and then crashed out of Race2. We chose the wrong front tyre and it didn’t offer enough grip in the higher temperature. We have a test coming up in Aragon so we’ll work hard to get back on the pace of the front guys”. 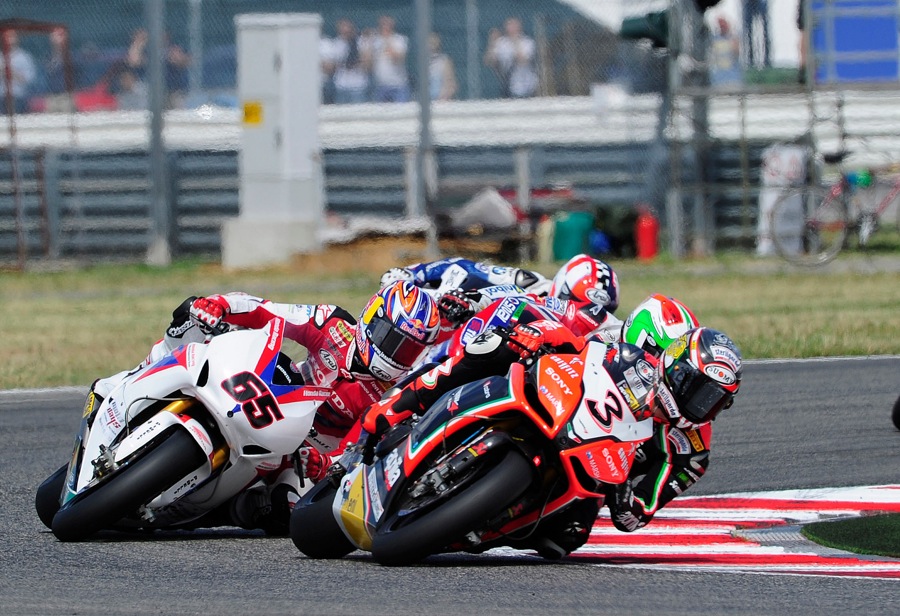