The inclement weather did not stop the passion for Moto Guzzi 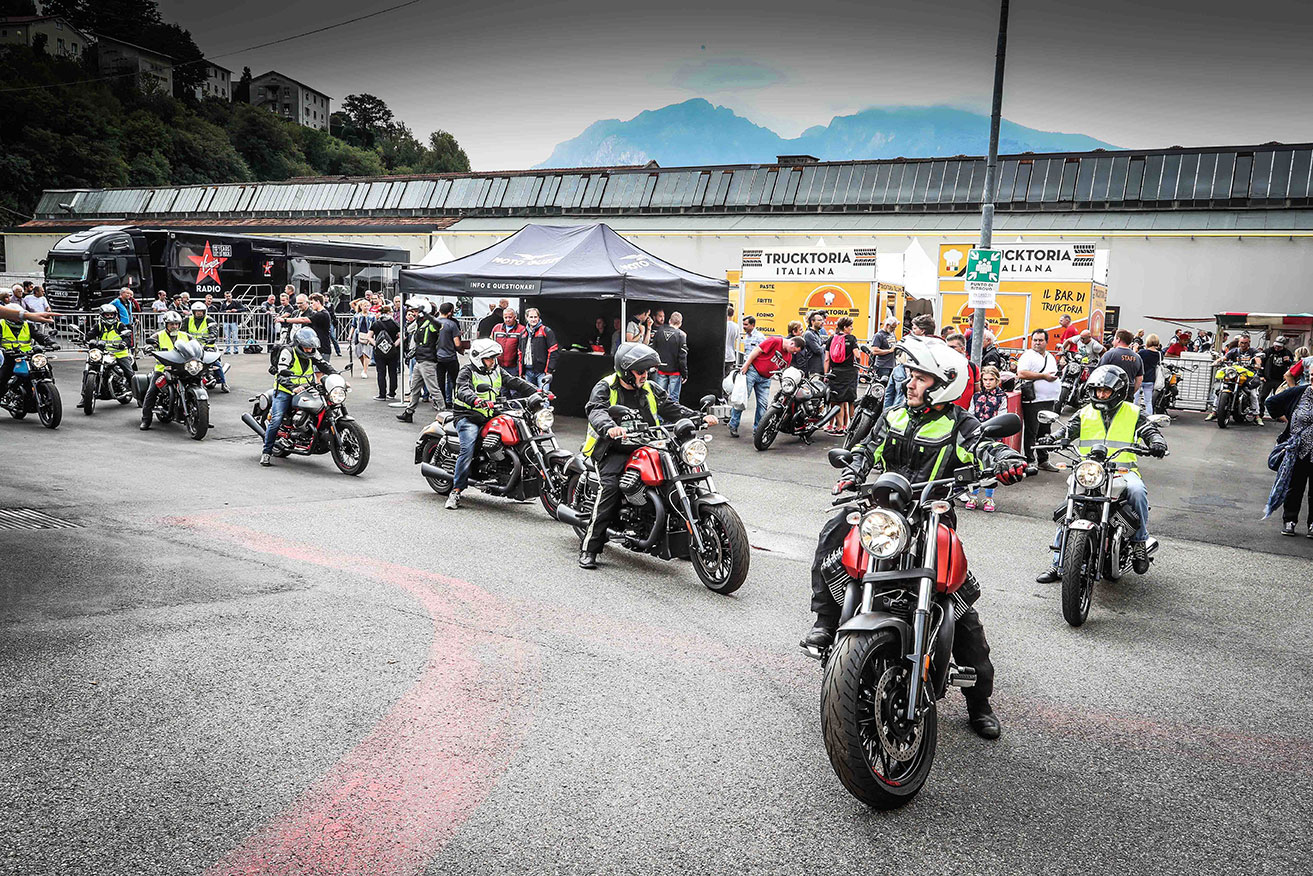 Mandello del Lario, 10 September 2017 - The passion for Moto Guzzi was victorious once again in this edition of Open House, despite the falling rain throughout the weekend that was unable to extinguish the love for the Eagle brand that animates the soul of every Guzzista. 15 thousand arrived in Mandello del Lario from every corner of Europe to celebrate one of the most noble and beloved motorcycle brands in the world.

96 years after its birth, Moto Guzzi is in its second youth thanks to the success of the strategies enacted by the Piaggio Group on the new products, accessories and lifestyle, as well as all the activities conducted for the purpose of spreading the Moto Guzzi culture, a brand that has always been proudly Italian.

Thousands reached the Mandello plant astride their bikes, participating in the Open House with the most activities ever for the public, first and foremost including tours of the production lines (where all Moto Guzzi bikes have always been hand built) and the Museum, the historical heritage of Moto Guzzi that houses more than 150 motorcycles. From the GP of its origins to the MGS-01, going through the first Normale produced in 1921, the Museum collection is a true cult path dedicated to the fans, as is the magnificent Wind Tunnel, the first in the motorcycle field. 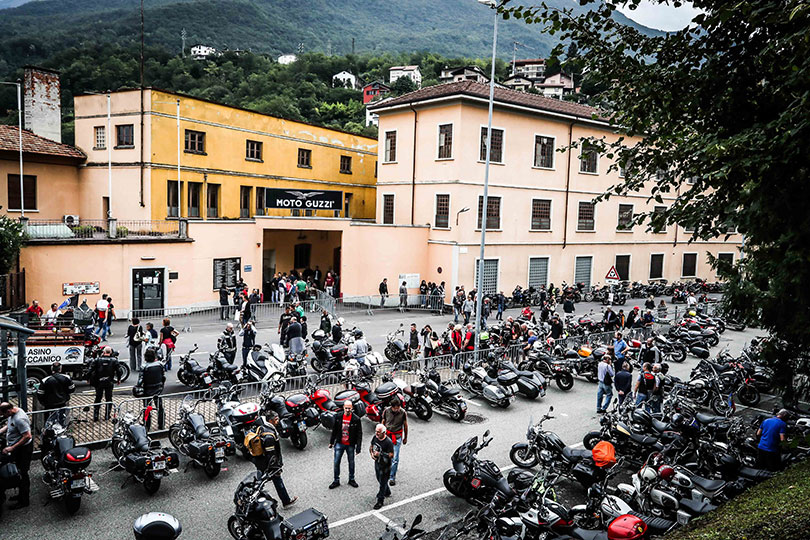 At the centre of the Moto Guzzi Village, in the heart of the plant, the music of Virgin Radio alternated with entertainment led by Ringo. The special guest was Gianfranco Guareschi, the rider who rode his Moto Guzzi MGS-01 to victory in the prestigious Battle of the Twins on the Daytona and the recent winner of the Vintage Endurance 4 hours in Imola astride a Le Mans. Refreshments were provided by the Foodit’s truck, serving quality gourmet dishes made on site in the best Italian tradition. The Proraso station was also fully booked, where an authentic “Barber Shop” was set up to offer top shelf shaving services free of charge to the bikers.

But just as popular was the music made by the V-twin engines in the fleet of bikes that were available for the 250-plus test rides taken: forty-five bikes representing the entire current Moto Guzzi range.

The stars of the festivities were the V7 and V9 units. This year V7 celebrates the first 50 years from the 1967 model. To celebrate this legend, Moto Guzzi made all four models in the range available for a test ride, including the exclusive V7 III Anniversario version. A photo set was also reserved for V7 owners where they were able to have a photo taken to apply on the commemorative certificate dedicated to them.

The other star of the weekend was the special V9 Bobber “Open House” version, created specifically for the event with a selection of prestigious components from the vast official accessories catalogue. This kit will be available at the end of September, included in the sticker price of the V9 Bobber. Thanks to collaboration with Poste Italiane (the Italian Post Office), all of the Open House participants received two special post cards with an exclusive postmark expressly created for the event. 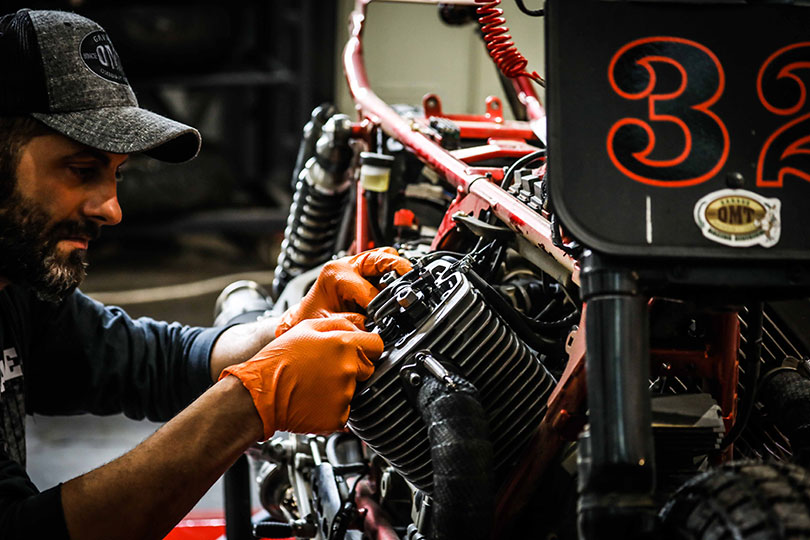 The creations made by the best Italian customizers on Moto Guzzi bases proved to be a of great interest. These were ultra refined specials that have already been featured on Lord of The Bikes, the highly successful talent TV show that airs on Sky Uno HD.

The official community, The Clan , is a testament to the sense of belonging evoked by the big Moto Guzzi family. In fact, this weekend, community membership exceeded the 18,000 mark.

And so, the three-day celebration dedicated to the most beautiful Italian bikes came to an end and our thanks goes to the Mandello del Lario Comitato Motoraduno Internazionale (International Bike Rally Committee) which managed all the activities outside the factory during Open House 2017. 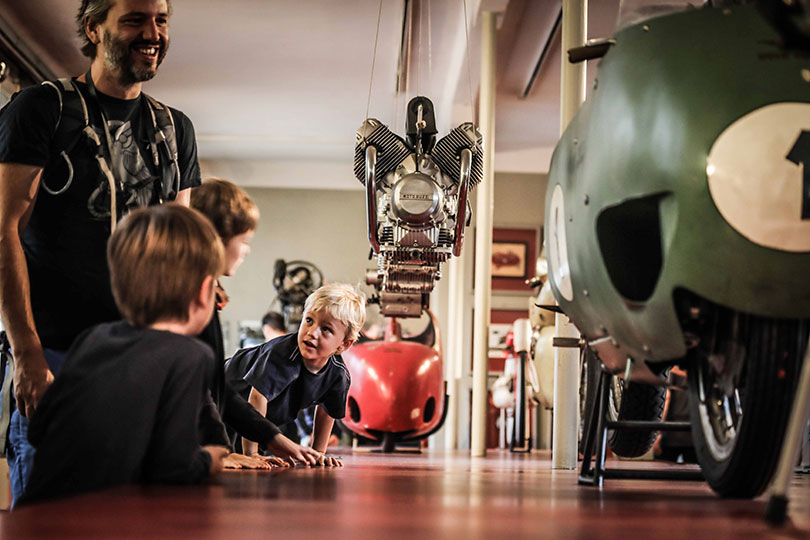