EUGENE LAVERTY AND HIS APRILIA RSV4 IN THE “ROYAL PARLOUR” OF ENGLISH MOTORING.

THE APRILIA SUPERBIKE RIDER WILL MEET FANS AND RIDE THE V4 FROM NOALE UP THE FAMED GOODWOOD HOUSE HILL.

Noale, 8 July 2013 – This 13 and 14 July the most famous European event dedicated to world sport motoring stars will be held. In fact, the English Goodwood House estate, site of the historic speed track which was built in the post-war period, will host the Goodwood Festival of Speed. A mix of show business stars and racing celebrities, surrounded by the most prestigious and famous sports cars and bikes in the world. 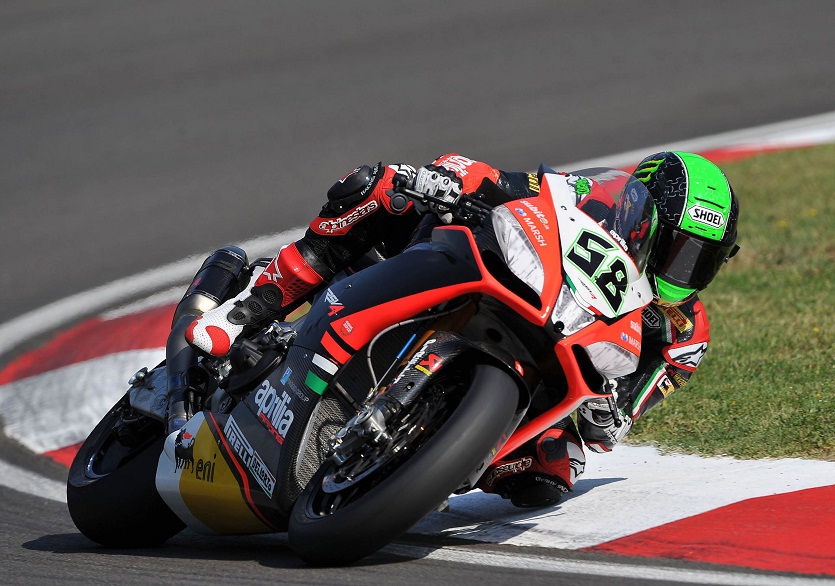 Aprilia will be a guest at Festival of Speed 2013, represented by its Northern Irish rider, Eugene Laverty, in his second year astride an RSV4 in the World Superbike Championship. Laverty, currently lying in third place in the overall rider standings, has already won four races this season and is one of the favourites in the battle for the final victory. The Aprilia Racing Team, reigning champion in both the Rider and Manufacturer Championships after a triumphant 2012 season, has dominated the brand standings in the first half of the championship thanks to the results of the four RSV4s on the track. It will be precisely the super sport bike from Veneto to star on the uphill Goodwood track, which Eugene will ride twice a day. And so the fans, always particularly discerning at Goodwood, will be able to savour the unique sound of the V4 engine, a true example of Italian excellence and the extraordinary standard bearer of red white and green motoring. The open paddock will give fans the opportunity to meet Eugene Laverty in one of the most evocative locations available.

Goodwood is one of the most important historical circuits for British motorcycling and motoring. The structure is located on the Southern English coast and is comprised of a 3.8 kilometre track built on a military airport structure and an uphill racing route. The first competition, held in 1948, involved 500 cc class bikes with victory going to Stirling Moss, then four-time Formula 1 world co-champion.

Established in 1993, the Goodwood Festival of Speed quickly became a world famous event, the perfect place for glamour and motoring to come together. Set in the historic circuit, each year it hosts 150,000 visitors from every continent. The variety and quality of the participants and the vehicles exhibited makes FOS a unique occasion not to be missed by fans. 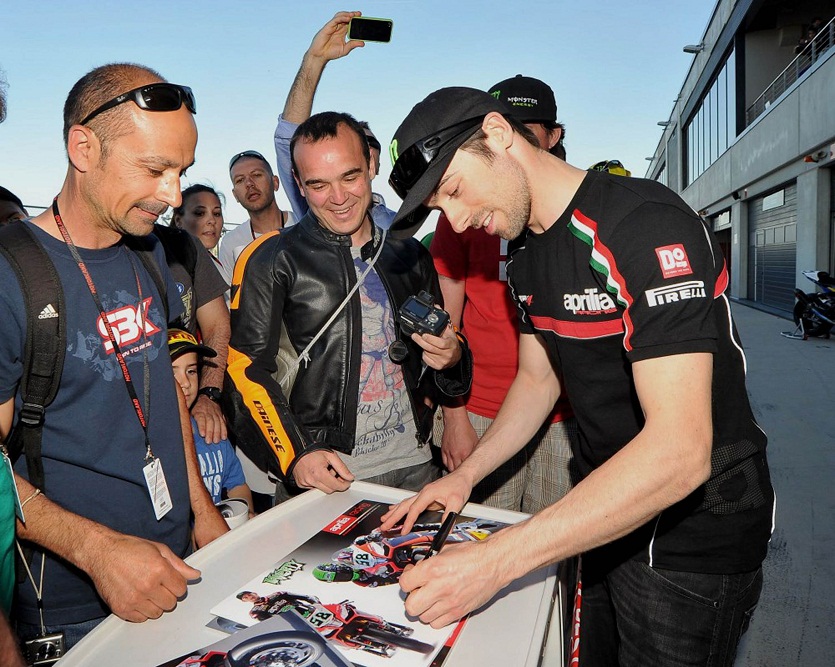 Aprilia Racing made its début at Goodwood in 2009 when Max Biaggi delighted fans with the roar of his RSV4 SBK, followed the next year by his then team mate and home star, Leon Camier. These are auspicious occasions since Max Biaggi and Aprilia won all the 2010 rankings (Rider, Brand and Team) in World Superbike, an absolute triumph which was repeated last season.