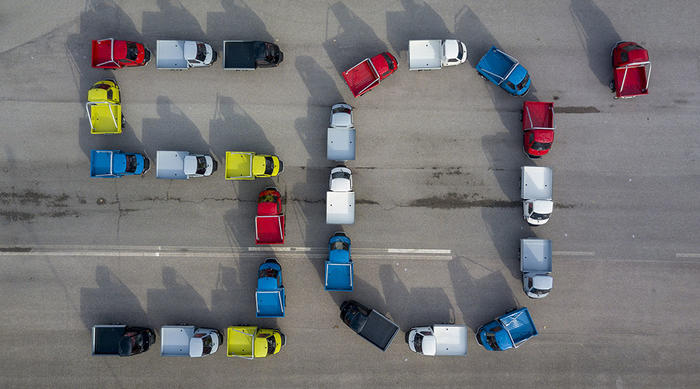 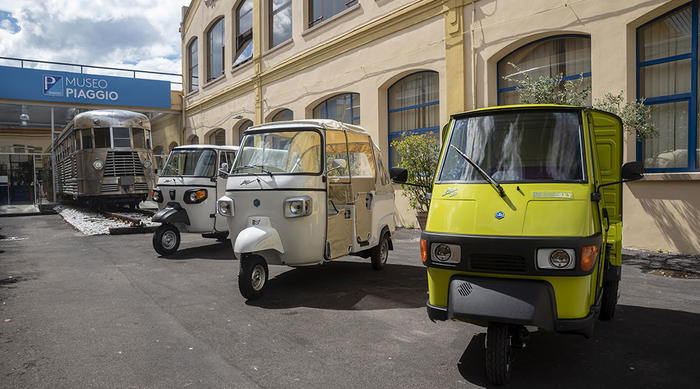 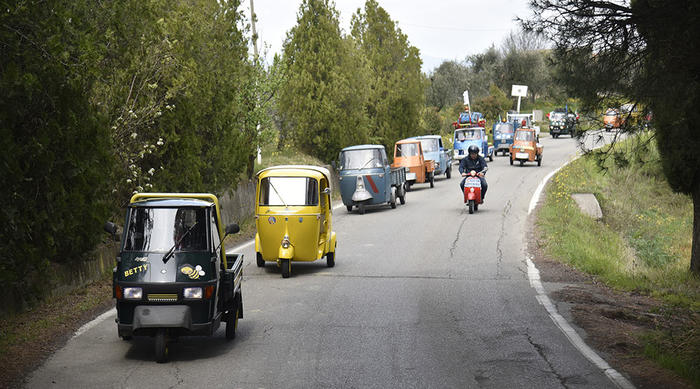 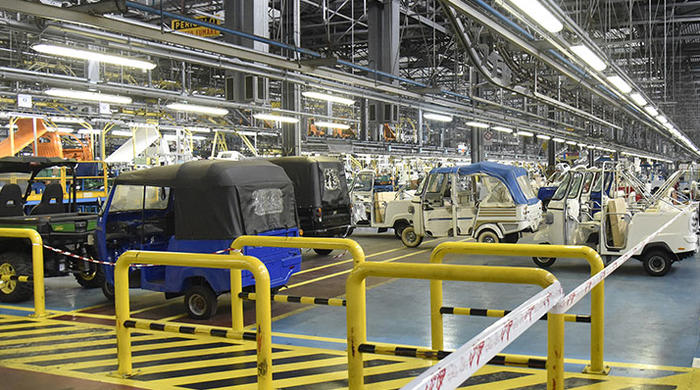 More than 100 Ape vans celebrated the fiftieth anniversary of the ape 50, the world’s smallest and most generous commercial vehicle

A star of street food and urban delivery services, the Ape continues to evolve with two new entries: the Ape Classic Furgone and the Ape Calessino My 2019

Pontedera, 14 April 2019 – The tenth edition of EuroApe, the top rally for the Ape, closed today in Pontedera, after celebrating the fiftieth anniversary of the Ape 50. One of the most exciting activities during the final day of a weekend expressing people’s affection for the world’s most cheerful three-wheel working vehicle was the visit to the Ape 50 production line, which has operated without interruption in the historic factory in Viale Rinaldo Piaggio since 1969.

More than 130 people registered to take part in the rally and over one hundred Ape vans reached Pontedera from across Italy – from as far away as Puglia – as well as from Germany, France, Austria, Switzerland and Slovenia: a colourful assembly that enlivened the surrounding area with interesting excursions and guided tours, including a trip to the Castello dei Vicari in the medieval hamlet of Lari on Saturday 13 April.

Organised by the Ape Club of Italy in collaboration with Piaggio Commercial, EuroApe 2019 was based in the Ape Village installed in Piazza Cavour in Pontedera: here, the many Ape fans, motor enthusiasts and curious passers-by had the chance to admire the rarest vintage Ape models as well as latest-generation vehicles; meanwhile a display in Piazza Martiri della Libertà illustrated the astonishing evolution of the Ape Proto models, Ape racers fitted with racing engines up to 1000 cc.

Another great success was the ApeScuola, a driving school providing high-school students with theory and practical lessons on safe driving of the legendary Ape 50 Cross

The Piaggio Museum, as always open free of charge, welcomed Ape fans over the weekend and hosted the award ceremonies for rally participants in the brand new area created for the Ape.

EuroApe 2019 confirmed that, seventy years after its debut, the Ape is truly a living legend, a protagonist of the growing popularity of street food and urban delivery services, while its international reach continues to expand after its recent market entry in Cambodia, one of Asia’s most dynamic economies.

An icon with an inimitable story and an absolutely contemporary product, the Ape continues to evolve: EuroApe 2019 saw the debut of two new entries, the Ape Classic Furgone and the Ape Calessino MY 2019.

The Ape Classic Furgone is distinguished by a uniquely elegant style and vintage-look bodywork. With a payload of 675 kg and high-capacity 2 m³ pick-up, the van is a solution for urban transportation and delivery at the top end of the short-range category. The Ape Classic Furgone also makes business personalisation possible, allowing easy application of advertising posters on its side panels, which are made from a wrappable material. An original exterior and a practical interior with threaded inserts along the frame enable shelves to be installed to organise work materials and facilitate unloading.

Re-introduced in 2007 and inspired by the 1950s, the Ape Calessino has been an astonishing success thanks to its outstanding versatility. Designed to accommodate comfortably two passengers and the driver, this is a highly original vehicle with a distinctive personality and unique design, which, having offered an exclusive interpretation of urban transport, now returns with a new look. The Ape Calessino MY 2019 has a redesigned rear with brand new light assemblies, a neat combination of Italian tradition and modernity. The range of colours has also been updated, with the new Neptune Blue, an original interpretation of classic yachting colours, joining Arctic White and Western Red.

Fifty years of the Ape 50

The Ape 50 made its debut in 1969 to replicate in light transport the success of the Vespa 50 two-wheeler, launched in 1964. With a displacement of just 50 cc, the “Apino” quickly became an inseparable work companion thanks to a truly incredible payload given the engine size and the dimensions of the vehicle, which can pass easily through the narrowest streets in old city centres.

1994 saw the arrival of the Ape 50 Cross, a fortunate model intended for the many youngsters who used the Ape as an alternative to the two-wheeler: roll-bar, front and rear metal bumpers and a special colour range established this vehicle as a safe, robust “mini pick-up”.

The Ape 50 – which can be driven from the age of 14 – continues to be a youthful up-to-date vehicle: the last version came out in 2018 with an innovative 2-stroke 50 cc engine, with a cut-off system, secondary air system and expansion chamber, ensuring compliance with the stringent Euro 4 emission regulations without compromising performance. The Ape 50 Euro 4 also presents significant improvements in terms of look, practicality and safety.

The Ape Club of Italy was created in 2006 by a group of enthusiastic Ape fans, and has gradually grown thanks to the Ape Census project. Its goals are to promote interest in the celebrated Italian three-wheeler; to safeguard and restore vehicles of historical interest; to provide assistance for youngsters using the Ape, and to coordinate sports activities featuring racing Ape models.