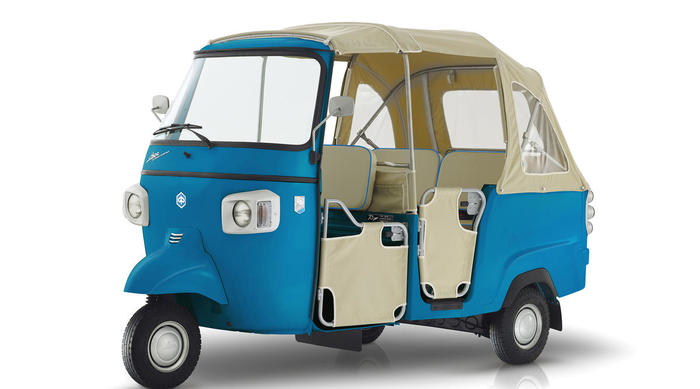 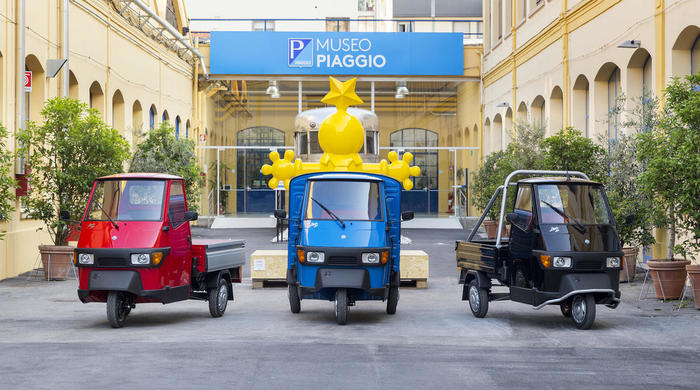 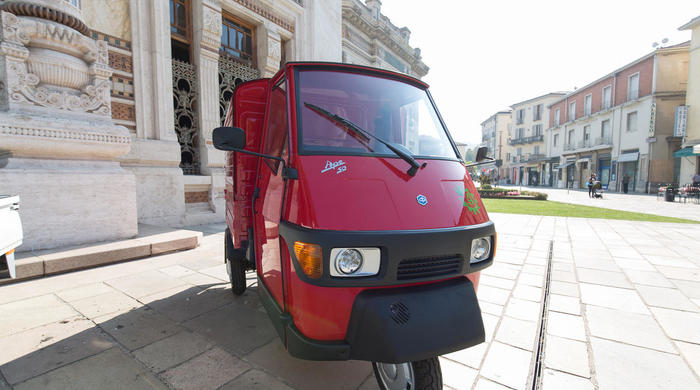 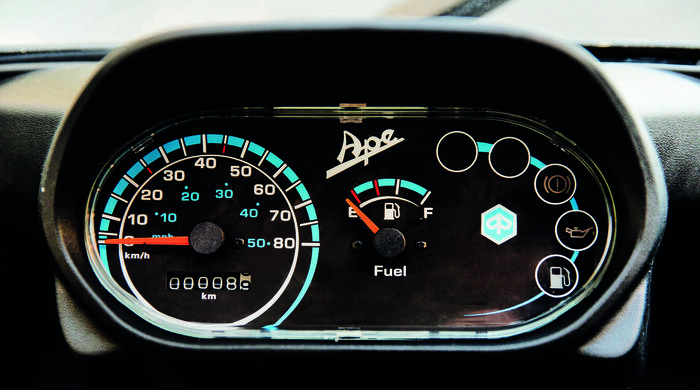 Salsomaggiore Terme (PR), 23 September 2018 - With goodbyes and farewells until 2019, EuroApe 2018 comes to an end today, the big rally dedicated to Ape, during which the 70 years were celebrated of the most beloved three-wheeled vehicle in the world.

Organised by Ape Club d’Italia in collaboration with Piaggio Commercial Vehicles, more than one hundred Ape from every era and from all over Europe participated in the weekend event, from the rarest and most historic models to the latest additions, presented precisely for EuroApe 2018: the new Ape 50 Euro 4, the smallest commercial vehicle in the world, equipped with an innovative 50 cc two-stroke engine in line with Euro 4 emissions regulations, and the special Ape Calessino 70° limited edition version.

Produced as early as 1947, just a few months after Vespa made its début, Ape reached its full market presence in 1948. Today - six million vehicles sold and seventy years later and thanks to the production in the Piaggio plants in Pontedera and Baramati India – Ape is distributed on an international level, both in European countries and in the emerging markets in Asia.

In line with the values of Ape, symbol of industriousness, friendship and outdoor living, EuroApe 2018 welcomed the “Ape ronzanti” (buzzing bees), the picturesque caravan of the charming three-wheeled vehicles that arrived in Salsomaggiore on the opening day of the event, and the teams participating in the solidarity tour “Apeggiando per l’Italia” (Driving the Ape around Italy), an “on the road” trip around the peninsula that ended precisely at EuroApe. For the entire weekend, numerous beautiful outings departed from the Ape Village, as well as scheduled guided tours to discover the surrounding territory.

The true protagonists of EuroApe 2018 were Ape 50 Euro 4 and Ape Calessino 70°, which made their début on the occasion of the festivities:

Ape 50, on the road successfully since 1969, is the most compact commercial vehicle in the world and can be driven by “patentino” (moped license) holders from 14 years of age. It has now been revamped, introducing an innovative 50 cc 2-stroke powerplant - compliant with the strict Euro 4 emissions regulations without sacrificing performance - and technical and aesthetic upgrades that enhance its natural practicality and versatility.

Ape Calessino 70° is a special version in a limited edition of just 70 numbered Ape Calessino units - known the world over for its unmistakeable glamorous style - created to celebrated Ape's seventieth birthday. The Neptune Blue dedicated colour and the precious details enhance this elegant version, a tribute to the history of a vehicle with a unique personality, the perfect synthesis of modernism and typically Italian tradition.

Prestigious partners with whom Ape has developed projects were on hand throughout the EuroApe event to make a renewed discovery of the heritage and original lifestyle influences of this charming icon of Italianism: Depot, which livened up the day on Saturday with a temporary barber shop where participants were able to try a line of specific products for male grooming inspired by Ape, Deus Ex Machina with Ape The Ganzo, the special customized vehicle partner of Deus CycleWine, an itinerant event dedicated to vintage bicycle and excellent wine lovers, and Giorgio Nada Editore, with the new book “Ape Piaggio 70 anni / 70 years”, which traces the history of the legendary three-wheeled vehicle.