THREE DAYS OF FUN FOR EUROAPE 2017, HOSTED BY THE 17TH CENTURY VILLA MANIN IN CODROIPO (UD). MANY YOUNG PEOPLE AMONG THE PARTICIPANTS 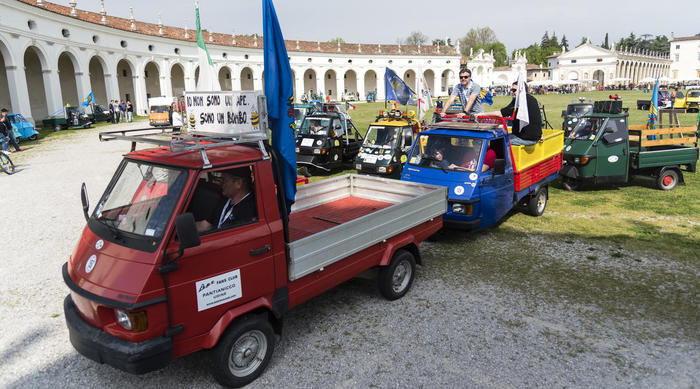 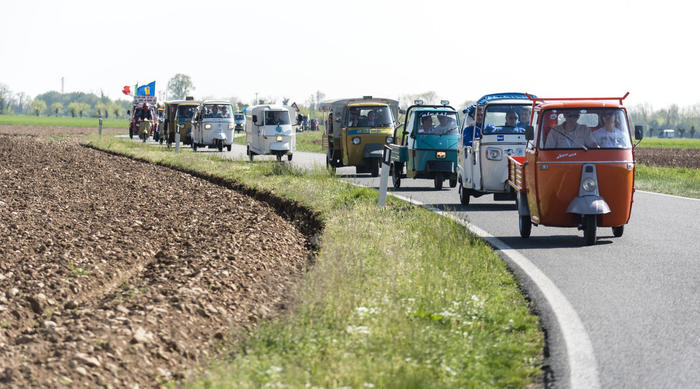 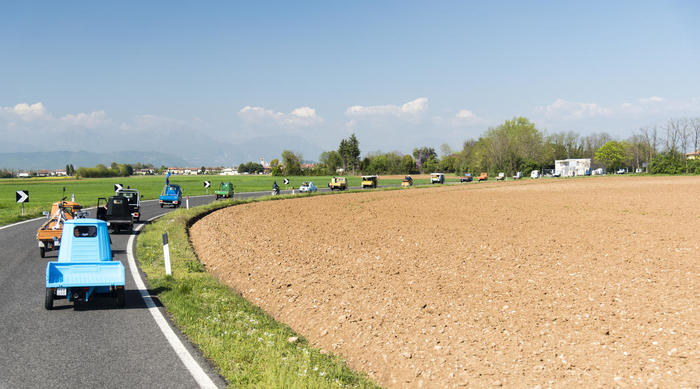 The Ape three-wheeler, the vehicle that has been tirelessly travelling the world’s roads for almost seventy years, transporting all types of goods, was the superstar of EuroApe 2017, the tenth edition of the largest European rally dedicated to a vehicle that has always kept up with the times and, over the years, become a cult object and collectors’ item.
For three days (from 8-10 April, 2017), the cheerful Ape was a lively presence on the streets of Codroipo, in the province of Udine (Friuli Venezia-Giulia region, north-east of Italy), and in the splendid setting of Villa Manin, with more than 200 “Apists” arriving from all over Italy and from Germany and Austria. Organised by Ape Club d’Italia in collaboration with Piaggio Commercial Vehicles (and with the patronage of the Codroipo Town Council), the event saw the long procession of 120 Ape vans travel more than 100 kilometres: on the first tour, the participants drove to San Daniele del Friuli, while the next day they paraded through the centre of Codroipo to the local Carriage Museum. The rally was completed by tastings of local food and wines, convivial evenings and awards.
Other successful initiatives were the Ape Safety Driving School and the Ape Test Drive, in a special area set up outside Villa Manin, where three senior high school classes from Codroipo took part in theory and practical lessons on safe driving, on the Ape 50 Cross, and a total of around 70 students, aged between 14 and 17, tried their hand at the wheel of the van. Another extremely popular attraction was an exhibit of Ape Proto vans, true Ape racers fitted with 1000cc racing engines.
On Monday 10 April, the event closed with an exclusive visit to the headquarters of the Frecce Tricolori, the Italian air force aerobatic team, at Rivolto airport, and a special display by the team.
Visitors had the opportunity to admire numerous versions of the Ape, including some of the rarest models. A well-preserved Ape A15 from 1950 was the oldest vehicle at the rally, while the youngest participant was the elegant Piaggio Calessino Highline. The largest group was once again the Piantianicco Ape Club (Udine), a long-time participant at EuroApe; others included the Vespa 400 Club (a Piaggio microcar that celebrated its 60th anniversary), and the Ciao Club, which celebrated the debut of the popular Piaggio moped 50 years ago.So long until 2018, for the tenth anniversary of EuroApe. The first rally was held in 2008 in Pontedera (Pisa), where the Ape originally appeared almost 70 years ago as a “rib” of the legendary Vespa.