Mantua invaded by thousands of Vespa.

310 Vespa Club from 31 countries for the biggest scooter rally in the world dedicated to the scooter most loved in the world.

Mantua, June 13, 2014 – It is a full-fledged, peaceful, colorful and gigantic invasion. Mantua woke up this morning with thousands of Vespa cruising its streets. There are over 4,000 Vespa officially enlisted, and many more Vespa, arrived yesterday all through early this morning to participate in the Vespa World Days 2014.

Thousands more are announced for today especially from Northern Italy. 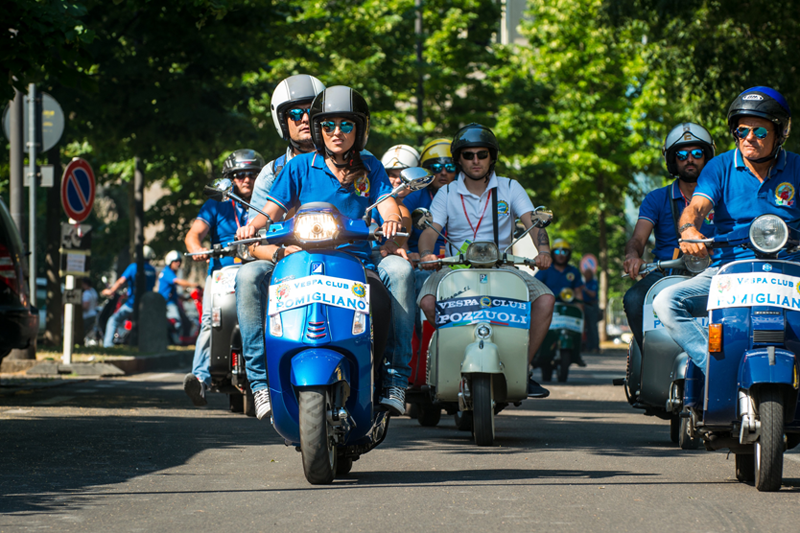 This is the most important world gathering of the Vespa Club. The Italian candidate for the Vespa World Days 2014 was gathered two years ago, during the edition held in London, in the occasion of the Olympic Games. Subsequently, Italian Vespa Clubs chose to meet at the city of Gonzaga. Two years of work and now the result is one of the most colossal editions of VWD ever organized. The countries represented are 32 (representatives of the Czech Republic were added last minute) and 310 Vespa Clubs have reached Mantua. 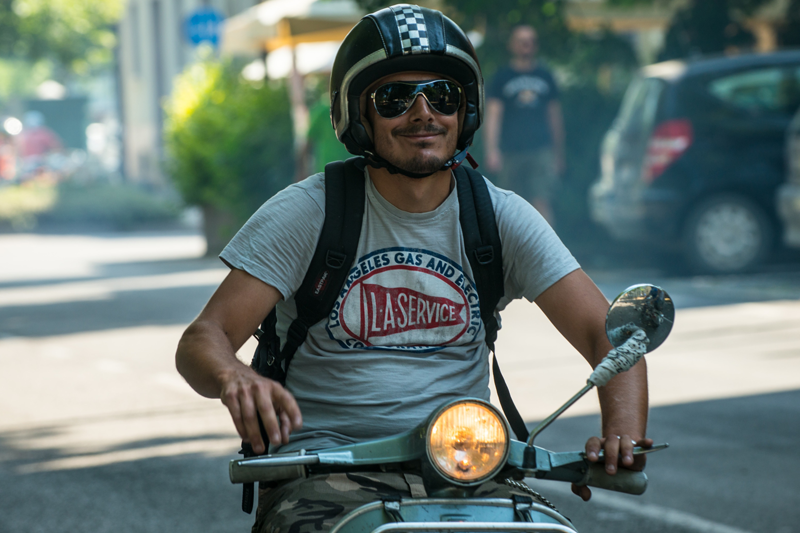 Among the Vespa riders that arrived on Friday, we report 4 bold member of the Vespa Club of St. Petersburg (Russia), who have traveled three thousand kilometers to reach the city in Lombardy. The Vespa Club that brought the largest number of Vespa is that of Chiari (Brescia), with 109 present. Instead, they took the opportunity of the Vespa World While a newlywed Sicilian couple from Palermo took advantage of this occasion for its honeymoon – in Vespa of course. 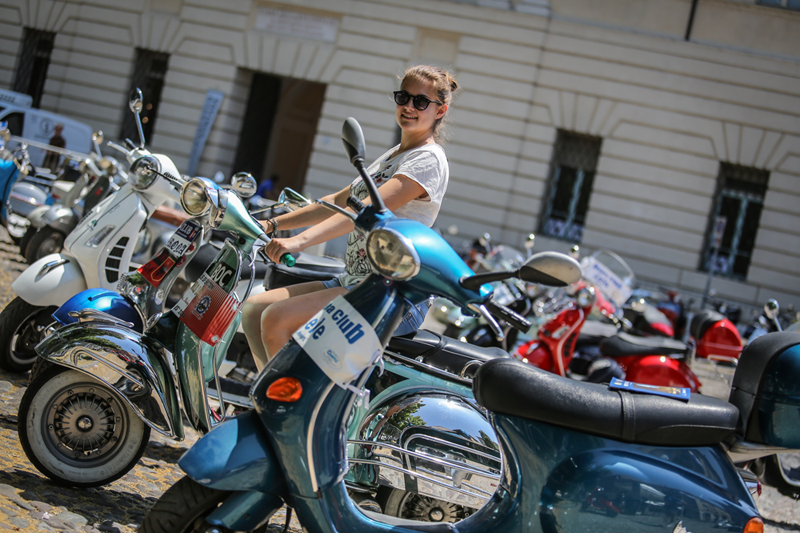 The 2014 edition is in full swing with a full program of tours that bring the Vespa riders and their vehicles to travel to the most beautiful places in the province of Mantua, including Felonica and Sabbioneta with excursions all the way to Sirmione, Verona and Brescia. In the evening, the party moves to the BOMA of Mantua for the opening of Motoplex, the new Concept Store branded Piaggio Group. The opening party sees the extraordinary participation of Marco Melandri and Sylvain Guintoli, Aprilia Superbike pilots returning from the double triumph at Sepang in Malaysia.

Motoplex is the first new concept store dedicated to all lovers of two wheels and a window on the future of the Piaggio Group. It is, in fact, a tribute to the most important brands of the Group - not only Vespa but also Piaggio, Aprilia and Moto Guzzi - and the millions of customers, owners and fans who possess these brands throughout the world.

There is an exceptional variety of Vespa models that have reached Mantua, ranging from the very first Vespa at the end of the 40s until very recent Vespa Primavers and GTS, also accounting for the great “tourers” Rally and Super Sprint (70s) and the immortal Vespa PX – all models preserved and cared for with love and care, which today are also protagonists in the Concours d'Elegance that animated the Vespa Village in the central Virgilian plaza. 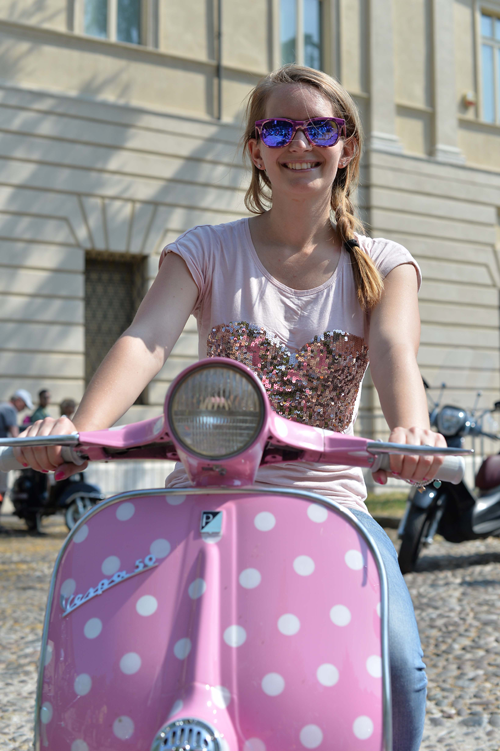