At Biograd (Croatia) Vespa World Days 2015 come to a close 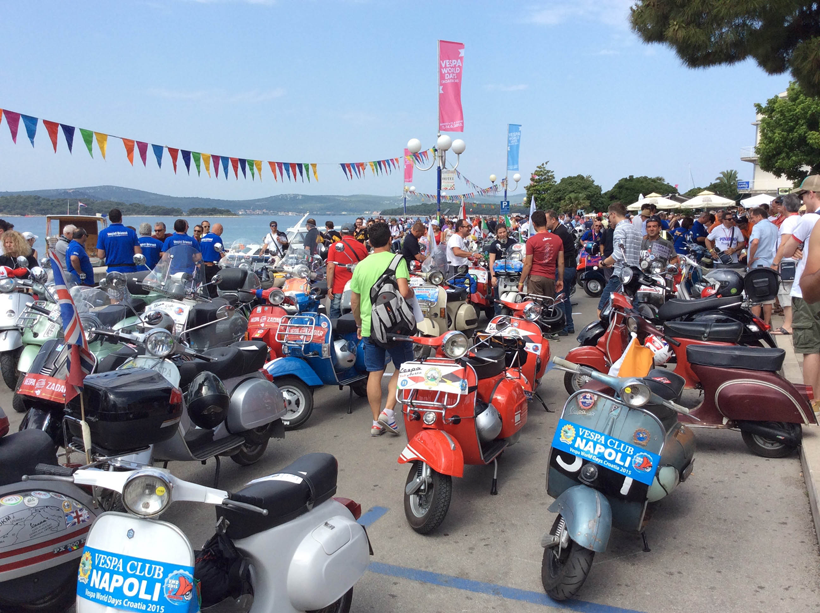 Biograd (Croatia), 15 June 2015 – At Biograd (Croatia) the 2015 edition of Vespa World Days, the most important international rally dedicated to the most beloved two-wheeler in the world has come to a close. Thursday the 11th to Sunday the 14th were four days of friendship and love for the adventure and voyage that brought more than 5,000 Vespas from 32 different countries to gather along the Croatian coast. Besides Europe (which was fully represented), arrivals were reported from Brazil, Israel, Canada, Mexico, Taiwan and Thailand. The presence at Biograd of representatives from countries in the former Yugoslavia was significant, naturally from Croatia (host country), but also from Serbia, Montenegro, Kosovo, Slovenia, Bosnia and Macedonia. Once again Vespa proved to be a bridge of friendship between different populations and generations.

The more than 5,000 Vespas included both historic and more recent models. Some of the most admired participants were a rare very first edition Vespa (the 98cc from 1946), the powerful GS from 1955 and the sporty Vespa SS, a legend for young people in the ’60s. The line-up of new Primavera, Sprint and GTS units was imposing, successfully perpetuating a unique heritage. 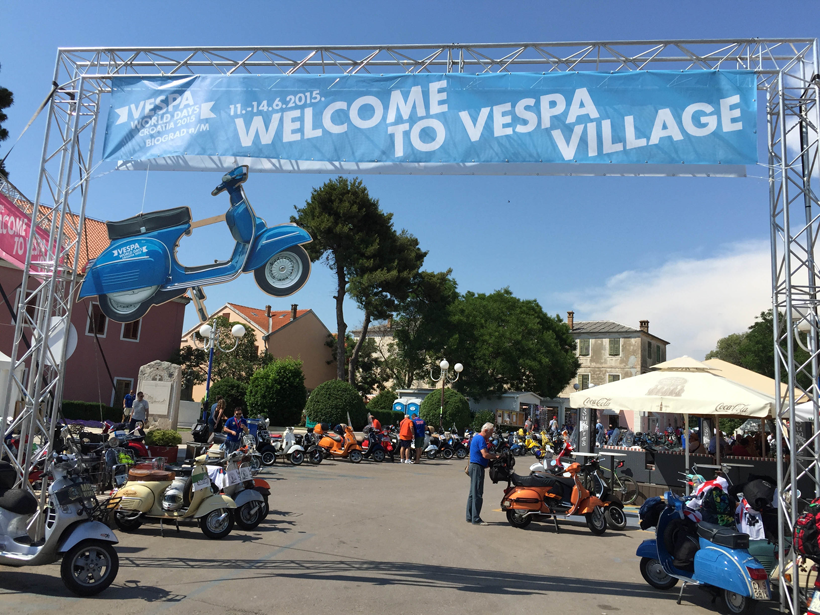 As per tradition, Vespa World Days concluded with the Vespa Club awards. It was an Italian triumph: Martin Shift, President of the Vespa World Club (the organisation that assembles 56 national Vespa Clubs) presented the Vespa Trophy to the Sirmione Vespa Club, a team made up of 12 Vespas that reached Biograd after visiting the most check-points throughout Europe. The all-Italian podium has the Cerignola Vespa Club in second place and the surprise third place winner was the Veronese VR37100 Vespa Club which took this award in their very first time participating. The individual Vespisti awarded were Canadian Jeff Schneider, Russian Alexei Kozlov and Serbian Dejan Stojcic.

Now the baton will be passed to the Vespa Club de France which will organise Vespa World Days 2016 in the spectacular setting of Côte d'Azur at Saint Tropez. 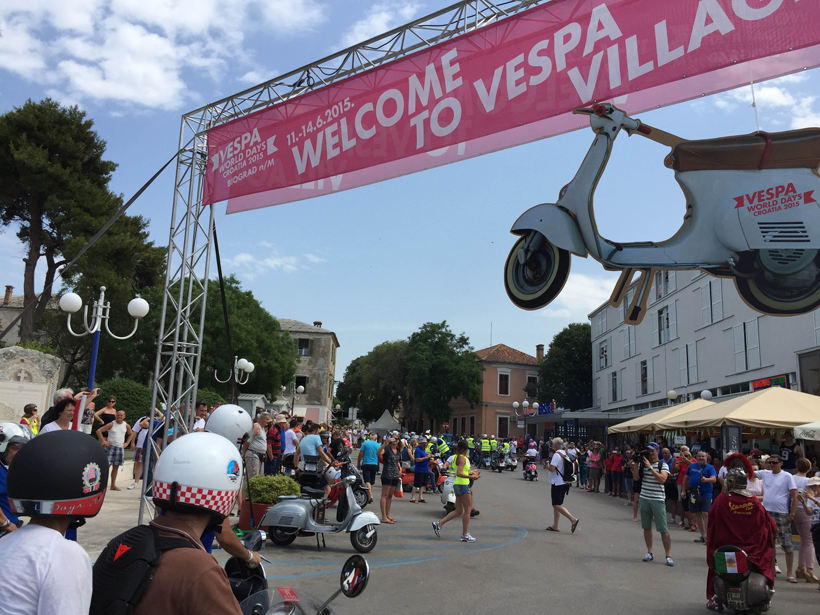 With more than 18 million units produced since the first one in 1946, Vespa gave the whole world an extra gear, spreading throughout the streets of every continent.

The first truly global transportation brand, Vespa became a trait d’union t(common link) between generations, interacting with social environments which were far apart from one another, generating various cultural phenomena, particular to the situations in which it artfully integrated until becoming a protagonist and distinctive trait. It led fashion, music and youth revolutions. It accompanied nations in their growth. It gave them brilliance in times of economic wellbeing. And today it is one of the most common and well known Italian products in every corner of the globe.

The Vespa World Days event traditionally represents the highest celebration of the timeless legend that is Vespa. The 2015 edition comes 57 years after the first Eurovespa rally held in Belgium: in fact, the Vespa event, which was rechristened Vespa World Days in 2007, was organised for the occasion of the Show in 1958, the Brussels world fair.

The love that fans have for Vespa was born immediately, so much that it drove many owners, even in 1946 when the very first Vespa was made, to share their passion: and so the first Vespa Clubs were established in Italy and abroad. Today, there are 56 national Vespa Clubs associated with the Vespa World Club and more than 780 registered local Vespa Clubs, for a total of over 67,000 members worldwide. This past year, in Italy alone, more than 100 rallies for fans were held.

Vespa World Days are present www.vespa.com and on the official social media sites such as facebook.com/vespa and can also be followed at twitter.com/vespa_official or with hashtag #vwd2015. 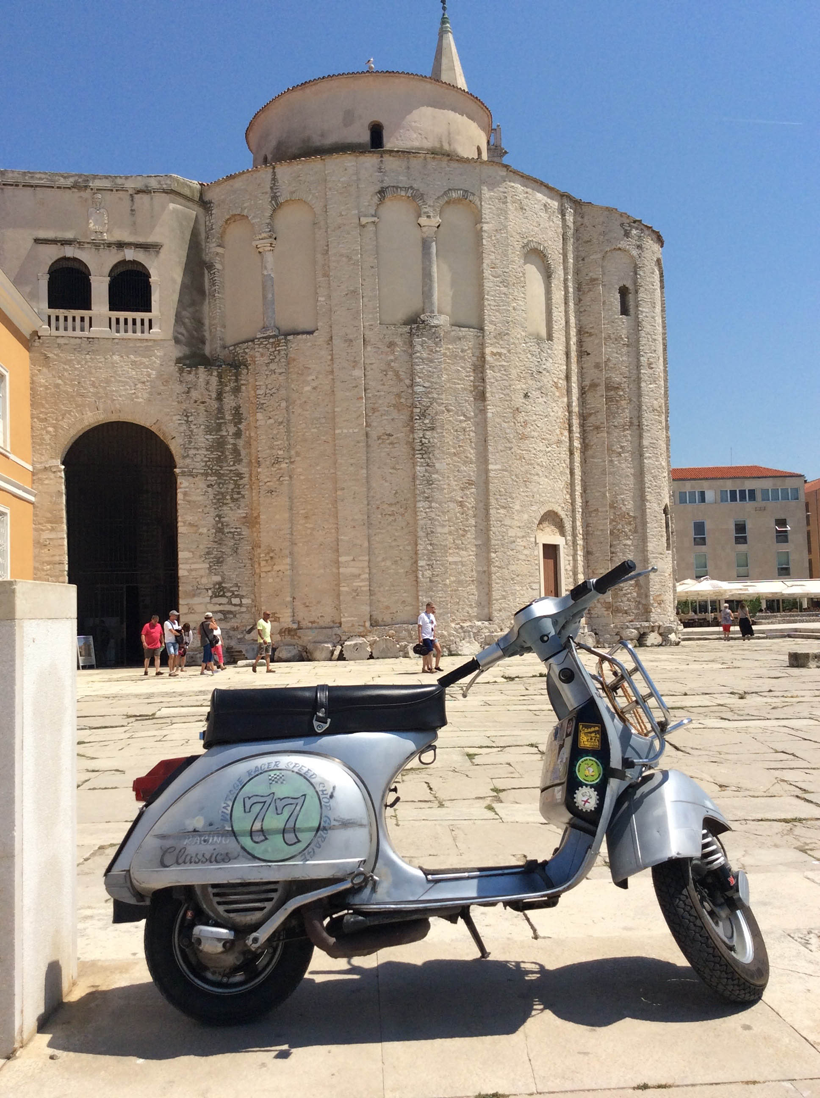