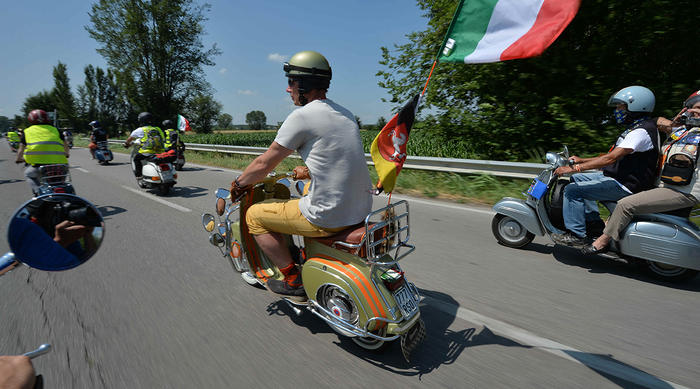 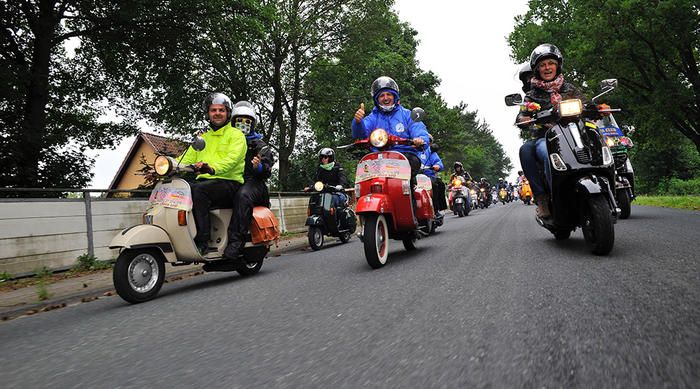 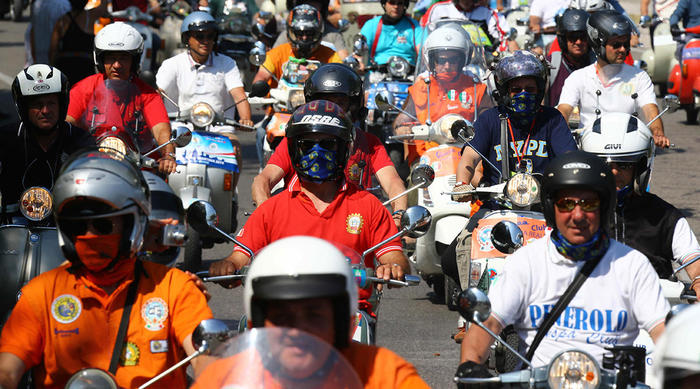 Belfast (Northern Ireland, UK), 14 June 2018 – The capital of Northern Ireland is ready for the 2018 Vespa World Days, the annual meeting of national Vespa Clubs from all over the world, June 14 through 17.

As always, there will be a lot more Vespa fans there than the thousands who have already registered for the event. The UK has always been one of the countries where Vespas are most popular: as long ago as the early ’50s the Italian scooter was featured in British music and youth movements such as the Mods, making the Italian scooter a true star of this time of great creativity.

This year too, the boldest Vespa riders, the ones who went all the way to Belfast in the saddles of their beloved Vespas, competed for the Vespa Trophy, a competition open to Vespa Club members who can exhibit photos and special stamps in their Travel Books testifying to all the stops on their trip to Northern Ireland.

The co-star of the competition throughout Europe was the network of official Piaggio garages present all over the continent, who worked with the dealers to provide checkpoints ready to offer skilled, rapid service to travellers on their way to Belfast. The winning Vespa Club team will be announced next Saturday.

On Friday, June 15 the Vespa Club World Congress will bring together the Presidents of Vespa Clubs all over the world to elect the club’s Board of Directors for the next three years.

Vespa World Days celebrate the timeless legend of the Vespa: a scooter that has gone beyond its function as a convenient, elegant means of commuter transportation to become a global icon loved by generations.

Vespa and Vespa fans were born together, for the first Vespa Clubs were established as soon as the world’s most popular scooter went into production in 1946. The Vespa World Club now brings together 53 National Vespa Clubs plus hundreds of local Vespa Clubs, with approximately 120,000 members the world over.

Vespa is a unique case in the history of mobility and lifestyles: produced without interruption for more than seventy years, the Vespa is now in use all over the world, with a total of almost nineteen million scooters. And Vespa never stops evolving: the new Vespa range includes the advanced 125 and 150 iGet 3 valve engines on the Vespa Primavera and the Vespa Sprint, the 150 cc version of the great GTS. The GTS family also includes a powerful, high-tech 300cc scooter available in a variety of different versions, the true admiral of the Vespa fleet.