Aprilia starts the new WSBK season with one win and two podiums.

Guintoli triumphs in race 2 at Phillip Island and shoots to the top of the championship.

Aprilia – reigning champion – is number one in the manufacturer standings.

Melandri second in race 1 and third in the championship.

Phillip Island (Australia), 23 February 2014 - On the Australian Phillip Island track for the opening round of the 2014 World Superbike season, Aprilia wins with Sylvain Guintoli in Race 2, takes two podiums in Race 1 and immediately takes back the top spot in both the Rider and Manufacturer standings. It was an extraordinary weekend for the Aprilia Racing RSV4s, key players in both races. 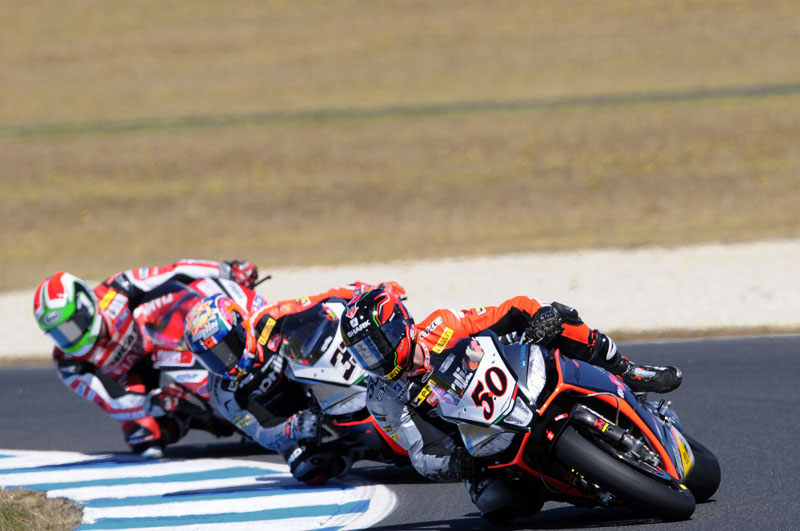 The first part revolved around the duel between the two Aprilia standard bearers, Melandri and Guintoli, along with Irishman Laverty who, after making a comeback on the leading pack which also included Giugliano for a long time, kept his rivals in check in the final laps. Marco Melandri made an excellent second place finish, crossing the line just ahead of his team mate Guintoli (third) who had led the pack at the beginning stages of the race for a long time, however costing him wear on his tyre so that in the final laps he had nothing left on the rear to be able to fend off Laverty's attacks.

In Race 2 the leading pack also included Rea, Baz and Sykes, making a comeback from the rear spots. Guintoli led the first part of the race and after being overtaken by fellow leaders Baz and Laverty once, he took back the lead in the 12th lap. Two laps later an engine failure for Laverty - riding second at the time behind he French Aprilia rider - with a consequent oil spill on the track, forced Laverty to withdraw and the marshals to suspend the race. This meant that the finishing order was decided by the last lap completed which had Guintoli winning in front of Baz and Sykes.

With this performance the Frenchman provides an encore of last year's success (also with the Aprilia RSV4) and, thanks to his third place in Race 1, puts him in the lead for the Rider Championship. Sylvain's win and Melandri's second place in Race 1 place Aprilia at the top of the Manufacturer standings, an excellent bounty for the new season.

After his nice second place in the first race Melandri had a bit of a moment during the eighth lap of the second race, running on after braking too hard and having to re-enter the track in 14th place. From there he made a bold comeback to finish in eighth place, earning 8 points that put him in third place in the rider standings.

Sylvain Guintoli: “In Race 1 maybe I had a little too much faith. I started off strong and toward the end I lost the right feeling with my rear tyre. The conditions were much different than they had been over the last few days but we did a good job anyway. In the second race I tried to look after my tyre and it worked. If I think about everything that happened during the winter I can't help but be pleased with our weekend. I'm finally back on the top step of the podium. I want to thank the guys who looked after me during my recovery. I'm pretty tired now but I'll have a month to recover before the next round.”

Marco Melandri: “Race 1 went well. I got off to a good start and then I was able to ride smoothly in the first few laps to conserve my tyres for the end. Unfortunately after the halfway point the bike was sliding around a lot. I wasn't able to be incisive so when Eugene took the lead I preferred holding onto second place. In Race 2 I wanted to use the same tactics again but to overtake Rea I braked harder than usual and the rear wheel came up so I was forced to run on. I'm disappointed because I threw away some important points. I'm sure I still need more experience adjusting to the way the bike reacts and adapting the settings to my riding style. The track conditions also brought out some problems that I had never had before. Now I need to get a handle on the situation so that I'm ready for the next race”. 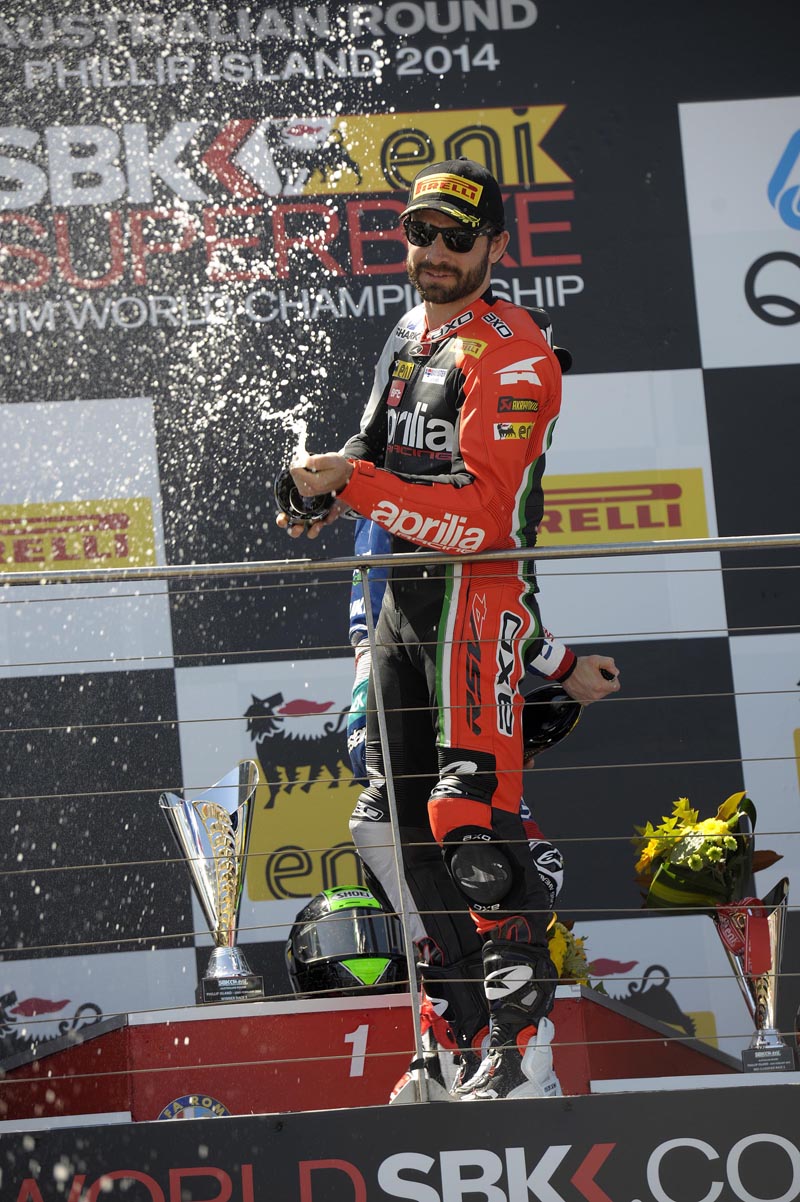