The RS-GP, the youngest project in MotoGP, is now in its third version, advanced in every part to grow even further and pick up from the encouraging results at the end of 2017 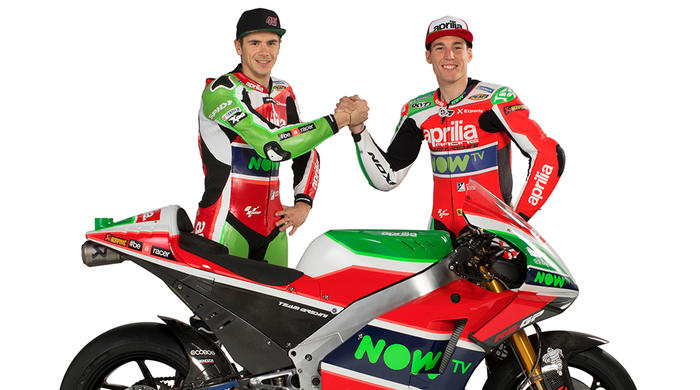 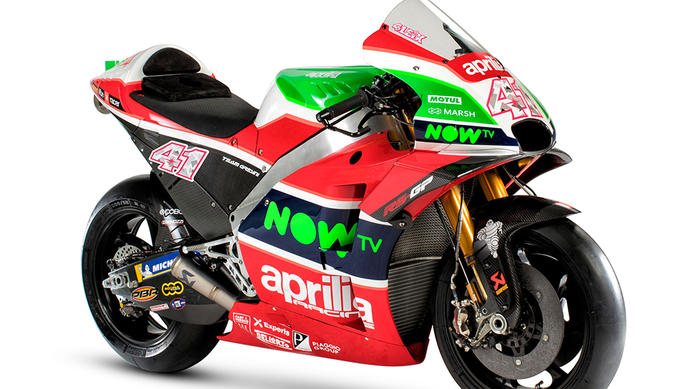 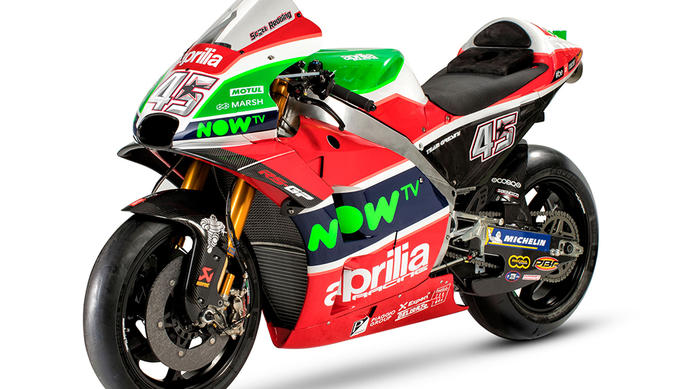 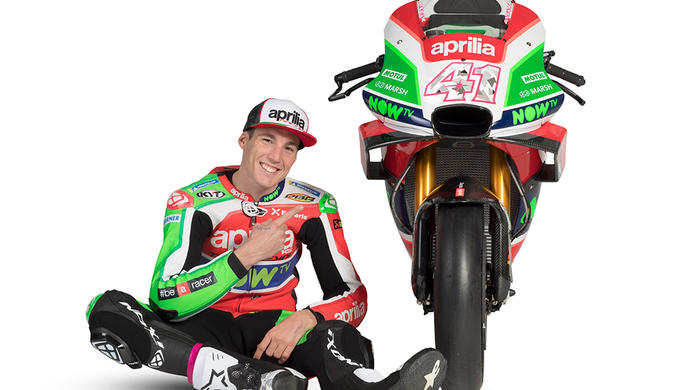 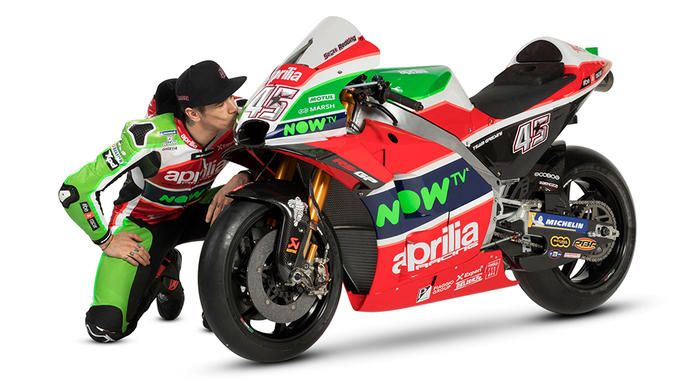 Noale (Venice), 8 March 2018 - Aprilia's proudly all-Italian challenge in the MotoGP World Championship begins from a base that is more solid than ever. In fact, the work done by the Noale Racing Department during the 2017 season came together in the consistent growth of the young RS-GP project which, once again characterised by the Italian livery designed by Aldo Drudi, has been revamped and advanced in every area for the 2018 season.

The final part of the season was a turning point for Aprilia. The sixth place earned by Aleix Espargaró at Aragón with a gap of less than six seconds behind the winner, followed immediately by excellent performance in Japan (fourth in qualifying) and Australia (best time at the end of the first day of practice) highlighted clear progress, then halted by the unfortunate injury Espargaró suffered as he was battling in the lead group during the Phillip Island GP.

For the 2018 season, Aprilia is keen to pick up from there, from a bike that maintains the same construction philosophy as its forerunner, but refined and advanced in every aspect and with an extremely motivated pair of riders, fully aware that they have everything they need to aim consistently for the top spots in the rankings. Alongside Aleix Espargaró will be Scott Redding. The English rider, born in 1993, is coming into his fifth MotoGP season, the first on a factory team.

The work done by Aprilia Racing has involved every aspect of the RS-GP. A brand new frame led to a complete repositioning of the masses and therefore a new weight distribution, perhaps one of the clearest aspects but one that is fundamentally important in defining the dynamic performance of modern MotoGP bikes. The airbox and exhaust are also new, called on to optimise the performance of the exclusive narrow V4, which was also upgraded. Also in the chassis architecture, some big changes were made with a new front suspension and the carbon swingarm which will be further developed during the season.

Confirmation of the project's technical maturity came during the pre-season tests, during which Aleix and Scott passed the 2018 version of the RS-GP with flying colours. The development direction taken has therefore been confirmed and it draws from the experience of one of the most victorious racing departments ever, backed by 54 World Titles earned in all motorcycling disciplines and now highly motivated to do well in the premier class of this 2018 World Championship season that will begin 18 March on the Losail track in Qatar.

“What Aprilia Racing has tackled is one of the most exciting challenges of the many that a large group like ours faces every day in markets all over the world. Because it is a challenge that involves the highest values of technology. It is an extremely particular honour to see first hand how this cutting-edge technology is born in a racing department made up of young people who are our valuable wealth of knowledge, led by highly experienced engineers. This is an all-Italian asset of excellent skills that make Aprilia Racing one of the most advanced research and experimentation platforms from which the Piaggio Group benefits. Our best wishes go to Albesiano and his staff today. They have the task of translating this work into results. It will be a difficult season, with very strong rivals, but Aprilia, as we saw at the end of last season, has everything it takes to succeed.”

"The 2018 RS-GP is an in-depth optimisation and evolution of the concepts we had on the track last year. The frame is radically new, as is the airbox, the cooling system and the aerodynamics. The new project's first positive step was the popularity with the riders during the winter tests. They both noticed straight away how much the bike has grown. This reaction is never a given when you introduce such significant changes, but it makes us optimistic for this new MotoGP season. I expect this to be an extremely demanding season. The level has been raised even farther in terms of both the bikes and the riders on the grid. On our part, we have all our papers in order to be contenders.”

“Last year we rode some very good races and only a few mistakes compromised our final position in the standings. I have great confidence for 2018. The team has worked well and the new RS-GP is growing in the right direction. All of our rivals have improved a lot. MotoGP is a top level championship, but I am certain that we will be close to the top. I am a positive person. I prepared well for this new season and I believe in the direction we are going.”

“This is my first year as a factory rider and I must say that I have had very positive sensations so far. Having a team behind me that supports me and works with me to improve the bike gives me great motivation. We have managed to improve consistently with every outing, also experimenting with some solutions that were a gamble, but always with specific goals. It is difficult for me to make predictions right now. I am still adapting to the RS-GP and at the same time we have undertaken development of the 2018 model. In any case, I am positive. Thanks to the last tests in Qatar, we have taken another step forward, narrowing the gap behind the leaders, so I am confident as we approach the first race.”

“This will be an important season for us. Aleix, in his second year with Aprilia, will be able to take advantage of the experience he gained last season, where he learned to work with a new team and a new bike. He adapted quickly and allowed us to bring home some important results, further motivating the team thanks to his grit. Scott, for the first time, has the support of a factory team. He is still very young, but he has a lot of experience in MotoGP. We have already had the chance to sample his professional attitude and his technical prowess in the tests where he advanced development of the 2018 RS-GP impeccably.”

With 294 Grand Prix races won in World Championship GP Motorcycle Racing, Aprilia holds the record for the most wins of any European manufacturer in the history of top motorcycle competition. These race wins are joined by 54 world titles: 38 in the World Motorcycle Championship (20 in the 125 class and 18 in the 250 class), 7 in Superbike (double Rider/Manufacturer title in 2010, 2012 and 2014, Manufacturer in 2013) and 9 in the Off Road disciplines (7 in Supermoto and 2 in Trial). The Aprilia trophy case also includes the 2005 Superstock 1000 FIM Cup, won with the RSV4 RF ridden by Lorenzo Savadori, currently riding an Aprilia in World Superbike alongside Eugene Laverty.