Home > Archive > Press > 2014 Aprilia RSV4 SBK : a silver fireball on the hunt for the world championship

2014 Aprilia RSV4 SBK : a silver fireball on the hunt for the world championship

Reigning world SBK champion Aprilia RSV4 unveiled today at Phillip Island (Australia), the bike that Marco Melandri and Sylvain Guintoli will use to take on the 2014 world superbike championship.

Phillip Island (Australia), 20 February 2014 – We are just hours away from the start of the 2014 World Superbike Championship and Aprilia Racing, the Italian reigning Manufacturer world champion and winner of 5 championship titles in the last 4 seasons, unveiled the number 33 and number 50 RSV4s that Marco Melandri and Sylvain Guintoli will ride in the hunt for the SBK championship title. 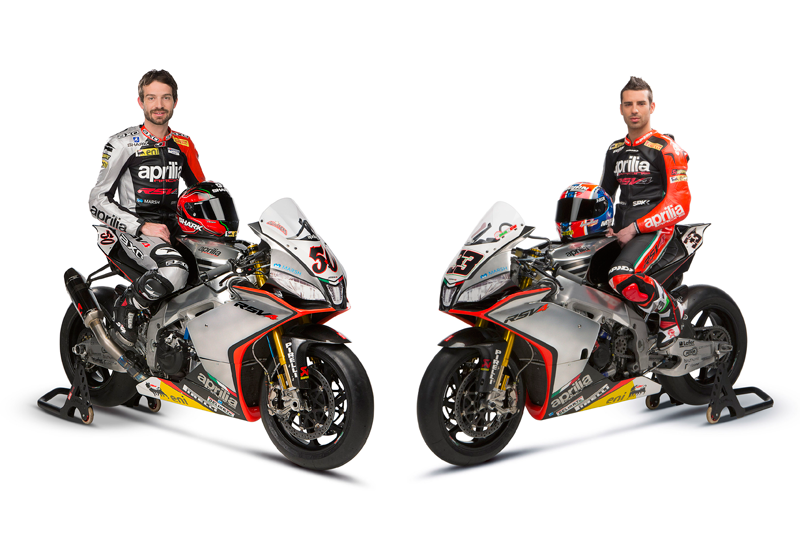 Leaving the black and red colour scheme from recent years behind, the Aprilia RSV4 transforms into a silver fireball. In fact, the pure metal colour is the distinctive trait of the 2014 RSV4 SBK. This is a stylistic revolution that enhances the form and technological content of the Italian bike, crowned as the street sport bike leader by the specialised press all over the world and absolute protagonist in World Superbike. With two Rider world titles and three Manufacturer world titles won in the last four season, the Aprilia RSV4 has written some fundamental pages in recent motor sport history and it moves into the starting gates for the 2014 season with renewed ambitions, worthy of the Aprilia collection of 52 total world titles won, 294 World Motorcycle Championship GP races won and 38 Superbike victories.

The extreme lines of the RSV4, a true racing thoroughbred, are highlighted by the sharp red and black inserts (traditional Aprilia colours) which, together with the carbon parts and the reflective surface of the pure metal, enhance its compact size and racing soul. The hashtag #beAracer appears on the RSV4's fairing, this is an expression of Aprilia's intention to create a closer bond between the racing world and motorcycle enthusiasts through digital technology. The dual beam aluminium frame, a sculpted work of art that harnesses the more than 230 HP unbridled by the exclusive, extraordinary 1,000 cc narrow V4 engine, is enhanced by the surface treatments and colour combinations.

This choice did not go unnoticed by riders and mechanics, who fell in love at first sight with a bike that, besides astonishing with its technical characteristics like highly advanced electronic control equipment developed entirely by Aprilia, also stands out from the crowd with a brand new elegant look. 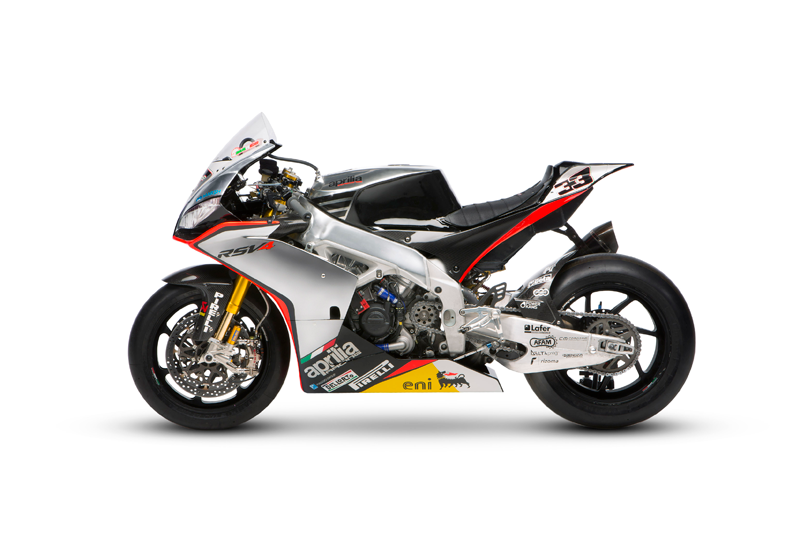 Romano Albesiano, Aprilia Racing Technical and Sport Director and Piaggio Group Bike Technical Centre Manager: “A large part of a racing bike's attraction, obviously besides pure performance, has to do with its visual impact. These are exclusive objects, moving sculptures to be admired, and the RSV4 has definitely blazed an important trail in this area. Its compact size due to the exclusive architecture of the V4 engine and its magnificent polished factory frame are both functional elements and distinctive design traits at the same time, enhanced by the new livery which, in my opinion, is one of the most beautiful and unique that has ever taken to the track.” 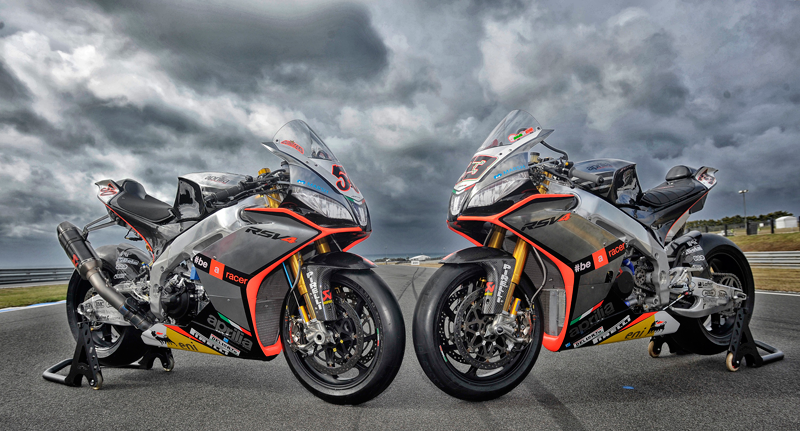 Marco Melandri, number 33: “Very rarely has a bike ever impressed me like this one. I liked it straight away. It looks aggressive and elegant at the same time, with a really original colour combination. As a rider I obviously focus on speed, but as an enthusiast I can appreciate a beautiful and well refined bike. Aesthetic details are often synonymous with careful development and particular attention to all aspects of the product.” 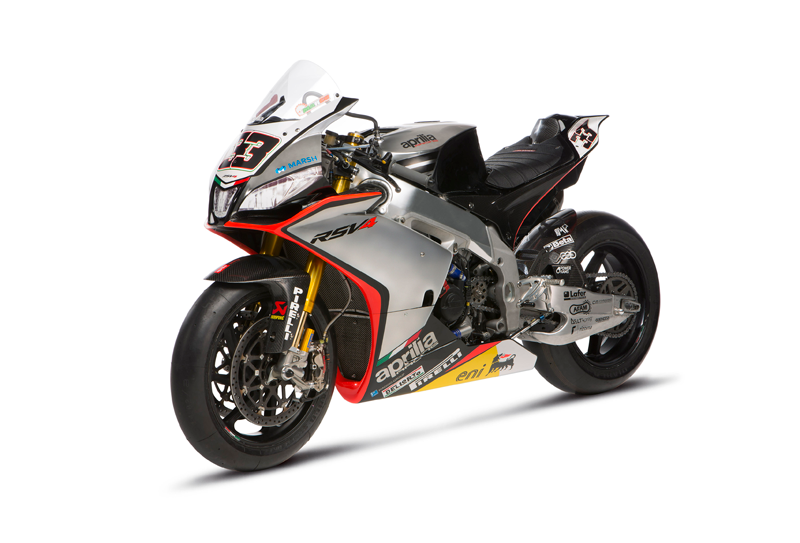 Sylvain Guintoli, number 50: “It is simply beautiful! I have always liked the RSV4. It has an aggressive and decidedly racing look even in the factory version. Its lines scream speed and everything is in the right place to guarantee maximum performance. The new colour scheme is the cherry on the top. If it's as fast as it is beautiful our rivals won't stand a chance. This livery would be absolutely beautiful on the street version - I would want one immediately!”